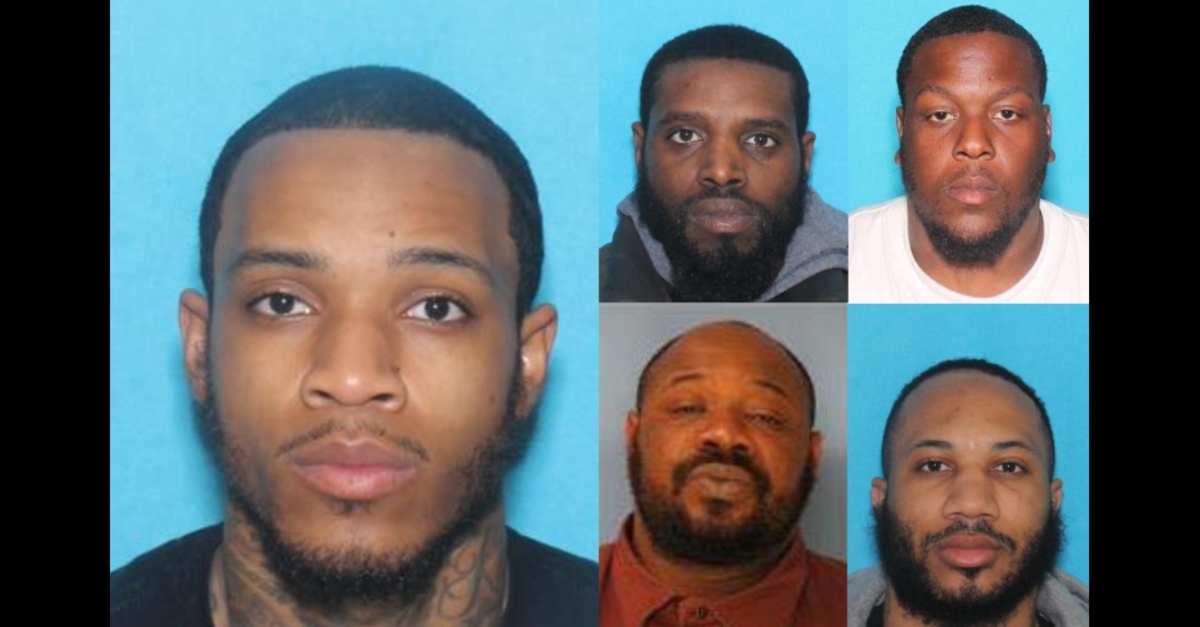 Deputies in Spotsylvania, Virginia say that five men has been arrested in a May 2019 triple murder. James Christopher Myers, 30, Durward Anthony Allen, 27, Jamal Kelvin Bailey, 30, Hugh Cameron Green, 30, and Montel Jaleek Wilson, 26, are each charged with three counts of first-degree murder. The defendants are described as being from Philadelphia, Pennsylvania, slightly more than four hours away.

The five suspects are accused of the May 2019 murders of couple Rachel Ozuna, 34, and Michael Coleman, 39, as well as Rachel’s son Kyruss Ozuna, 14. Deputies say the bodies were discovered after Kyruss’s father went to check on his son. Michael Coleman and Rachel Ozuna’s own children, an infant and a toddler, were found alive at the residence.

A Utah family wants to bring home the bodies of two Utah County natives killed on the other side of the country: Kyrrus Ozuna, 14, and his mom Rachel Ozuna. Her partner Michael Coleman's body will stay on East Coast. (Photos courtesy Kaisha Ozuna) pic.twitter.com/nSu2695stw

The case was a mystery for almost a full year. Assuming these are the people responsible, that has changed.

The three victims had been cut in their necks, according to a medical examiner quoted in the Fredericksburg, Va. Free Lance-Star. Officials saw the killings as premeditated. However, the purported motive behind the slayings remain unclear.

Authorities say the five defendants are in custody throughout Pennsylvania and that everyone except Green had already been locked up in unrelated cases. Extradition to Virginia is pending.

“The devastating crime that was uncovered on May 29, 2019 has torn several families apart and impacted the strong community that surrounds us,” Spotsylvania Sheriff Roger L. Harris said in a statement. “I’m very grateful for the tireless efforts our Detectives were faced with along with the collaborative multi-agency assistance to bring these suspects to justice. My continued prayers for peace and comfort to the Ozuna and Coleman families.”