Vultures Are Pooping on Customs and Border Protection | Law & Crime 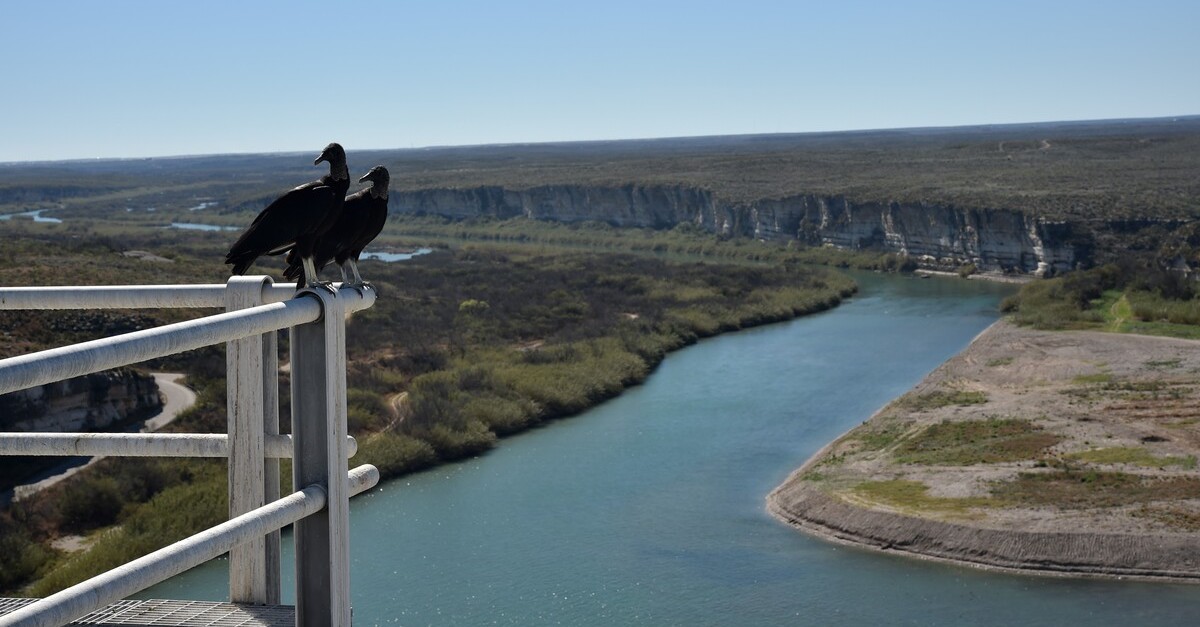 There’s a radio tower along the U.S.-Mexico border that belongs to U.S. Customs and Border Protection (CBP). But the tower isn’t much use to immigration authorities as of late because it’s consistently being covered in feces and urine from a committee of vultures.

According to a CBP request for information (RFI) issued this week:

[CBP] operates a fixed radio tower at 200 W. Henrietta Ave. Kingsville, TX 78363. A population of approximately 300 vultures have built up and are roosting and nesting on the tower structure on the railings, catwalks, supports, and on rails and conduit throughout. Droppings mixed with urine are on all of these surfaces and throughout the interior of the tower where workers are in contact with it, as well as on areas below.

“Since the presence of birds attract more birds this rural tower will be a frequent and constant target for vultures,” the document continues.

Fashioned as a plea for technology, the RFI requests that vendors submit ideas so that the Department of Homeland Security (DHS) sub-agency can obtain “greater understanding of the full range of available options for a Vulture Deterrence Netting System for fixed radio towers” and explains that its “purpose is to obtain market information on viable sources of supply, industry practices, answers to specific questions, and industry comments” on the netting ask.

Advanced technology is necessary here because volts of vultures are a protected species that cannot easily be killed by the government.

Vultures are migratory birds protected by the Migratory Bird Treaty Act, State laws, and regulations. They are managed by the U.S. Fish and Wildlife Service (part of the U.S. Department of the Interior) and State wildlife agencies. The birds, their nests, and eggs cannot be killed or destroyed without a Migratory Bird Depredation Permit.

Put into force in 1918, the time-honored conservation law provides that anyone who kills a vulture could be fined up to $200,000 and put in federal prison for up to one year. The government doesn’t get an end-run around those provisions just to do immigration enforcement.

“CBP is interested in obtaining responses to [the] RFI from prospective offerors that could provide viable and proven netting solutions,” the request explains. “The Government encourages the responders to [the] RFI and prospective offerors to propose the most innovative, cost-effective method in achieving the desired objectives and results. The Government prefers minimal impacts, such as noise and visual deterrents to the surrounding areas.”

Aside from feces and urine, there’s also the issue of specialized vomit.

Physical features of the birds are useful in their role as scavengers: bald heads, sharp beaks, sharp nails, and highly acidic stomach liquids and urine. The latter contributes to damage issues; as a defense, the birds regurgitate a reeking and corrosive vomit. The uric acid kills bacteria on a bird’s legs, but it can also be corrosive. Sharp nails and beaks are highly destructive to synthetic surfaces.

That vomit–functional for members of a venue–tends to lessen the general lifespan of structures that it touches. So, CBP has to do a bit of upkeep before the humane netting tech can be put into place.

“Installation of netting solution will be started after cleaning, rust remediation, and repainting of tower has been completed,” the RFI notes before later assessing the timeline. “CBP anticipates deploying the selected netting solution in August 2020 in order to have the system in place before the natural heavy vulture roosting period during the fall months.”

Read the full CBP RFI below: