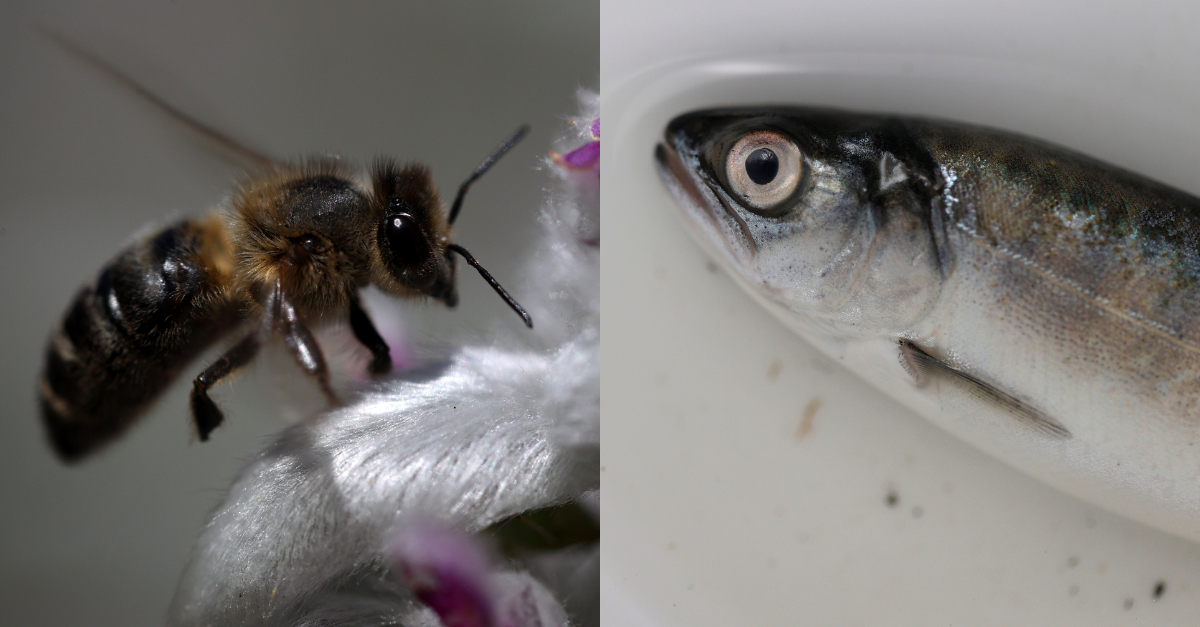 Bees are fish, a California court (kind of) ruled on Tuesday.

More precisely, a three-judge panel of a state appellate court found that certain invertebrate animal species, including bees, are legally contained under the same umbrella definition as “fish” under the terms of the Golden State’s homegrown Endangered Species Act.

Four different bumblebee species are facing dire odds in the country’s most populous state. That danger mostly comes from the activities of huge agricultural interests. In 2019, the California Fish and Game Commission moved to protect those bees, the Crotch, Franklin’s, Western, and Suckley’s cuckoo, by designating them as endangered, threatened, and candidate species under three sections of the CESA.

Almond growers, citrus farmers, cotton ginners, and other agricultural groups sued. They argued that the CESA does not allow the Commission to designate any insects as endangered, threatened, or candidate species because insects are not included in the statute’s enumerated categories of wildlife entitled to such legal protections.

The Commission countered, saying that the definition of fish can and should encapsulate bees and other similarly situated invertebrates because, in part, it already does in practice. At least one species of shrimp, snail and crayfish are listed under the CESA. The listing of the Trinity bristle snail is particularly instructive, the Commission argued.

That’s because the snail, the commissioners note, does not even live in the water and was categorized as “threatened” in 1980. The way the snail got on the list was by being classified as a “fish.” Since the bristle snail is a terrestrial species, the Commission argues, “fish” cannot be limited to animals that inhabit a marine environment.

In 2020, a district court agreed with the agricultural groups.

“The Legislature that enacted CESA expressed its intent not to protect invertebrates categorically,” the lower court wrote. “Furthermore, insects do not fall within any of the categories of wildlife that CESA was intended to protect.”

On appeal, a Sacramento-based appellate court overruled the lower court’s ruling without referring to its legal analysis whatsoever.

But there’s a reason for that.

“The sole assertion in this appeal is that the Commission had no statutory authority to designate the four bumble bee species as candidate species under section 2068 because bumble bees cannot fall within the definitions of endangered species in section 2062 or threatened species in section 2067,” the appeals court said. “Because the question presented concerns the proper interpretation of a statute, and its application to undisputed facts, we review the question of law de novo.”

California precedent holds that, on appeal, courts can consider questions of law, such as “the proper interpretation of a statute,” de novo — that’s without referring to any prior analyses or conclusions penned by lower court judges about the particular case at bar.  In other words, the appellate courts can look at some issues anew — with fresh eyes — without deferring to any rulings below.  (De novo review is not the same as precedent.  Precedent is when a lower court looks to a higher court’s prior decisions on similar cases.  De novo review is when a higher court ignores a lower court’s rulings when examining one single case.)

When looking at the CESA, Justice Ronald Robie and two other members of the Court of Appeal for the Third Appellate District ruled the CESA’s language does, in fact, cover bumblebees and that the California state legislature had taken action to ensure this result.

“We generally give words their usual and ordinary meaning,” the analysis begins. “Where, however, the Legislature has provided a technical definition of a word, we construe the term of art in accordance with the technical meaning. In performing this function, we are tasked with liberally construing the Act to effectuate its remedial purpose.”

Courts in the state have, for well over two decades, held that environmental protection laws “are of great remedial and public importance” and should be “construed liberally.” Courts interpret this as a requirement to err on the side of greater protections for wildlife.

Once again, the snail took center stage in the analysis.

Under a liberal construction of the CESA, the court concluded that the word “fish” is a legal term of art that previously included a “terrestrial mollusk” under section 2607.

“Accordingly, a terrestrial invertebrate, like each of the four bumble bee species, may be listed as an endangered or threatened species under the Act,” the unanimous 35-page opinion holds.

Furthermore, the court noted, the legislature amended the CESA in 2015 — well aware of a 2007 ruling that liberally defined “fish” for the purposes of various CESA sections — and declined to limit the definition of “fish.”

“Had the Legislature disagreed with this court’s conclusion in 2007 that section 45 applied to define fish as used in sections 2062 and 2067, it could have amended section 45 (or the definitions in the Act) at any point thereafter to clarify its contrary intent,” Robie writes. “The Legislature took no such action. When the Legislature amends a statute without changing the statute in response to a prior judicial construction, it is presumed the Legislature knew of the interpretation and acquiesced to it.”

The opinion’s holding is expressed in its conclusion [italics in original]:

[T]he Commission has the authority to list an invertebrate as an endangered or threatened species. We next consider whether the Commission’s authority is limited to listing only aquatic invertebrates. We conclude the answer is, “no.” Although the term fish is colloquially and commonly understood to refer to aquatic species, the term of art employed by the Legislature in the definition of fish in section 45 is not so limited.

So, are bees fish? Legally, at least under California law, yes.

The full opinion is here:

[images: bee on a lamb’s ear plant and dead juvenile salmon both via Justin Sullivan/Getty Images]