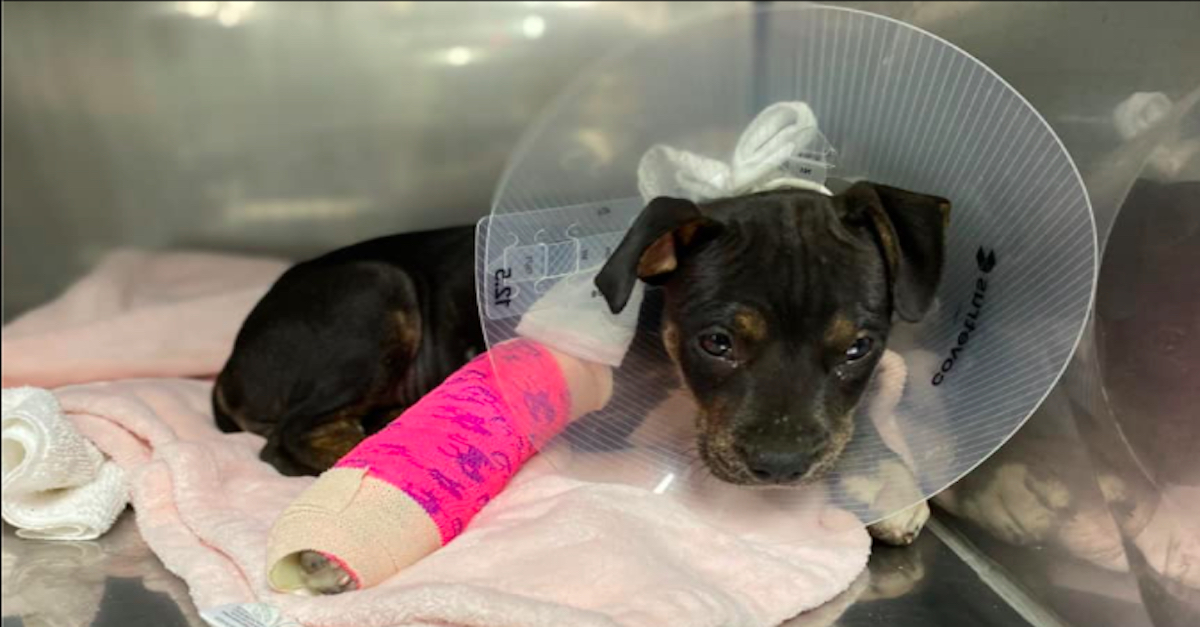 Law enforcement authorities in California arrested a man on suspicion of animal abuse after police say they received a “very disturbing call” from someone who allegedly witnessed the man beating an eight-week-old puppy in a parking lot behind a Target store.

Officers with the Antioch Police Department were dispatched to the store, located on Lone Tree Way, Monday morning, where they found the alleged abuser as well as the concerned witness who had placed the initial 911 call.

According to a post on the department’s Facebook page, the “concerned citizen” not only witnessed the abuse, but was also able to capture some of the conduct with their cell phone camera.

“When officers arrived, we were able to locate the person responsible and place him under arrest for animal abuse based on the information we were given by our witness,” the department wrote.

The male suspect has not been publicly identified at this time as he has not been formally charged with a crime.

“That was an amazing resident who saw something and said something,” Antioch Police Officer Bill Whitaker, one of the arresting officers, said in an interview with Bay Area NBC affiliate KNTV.

The puppy, whose name is River Rose, was brought to Antioch Animal Services where she was treated for a broken toe and received a pink cast on her front right leg. She is expected to make a full recovery

Whitaker told the station that the case remains under investigation and felony animal abuse charges may be filed against the alleged abuser.

He also said that he hopes the story will be a lesson to those who think they can treat animals in a similar fashion without repercussions.

“If you don’t feel you can take care of an animal, you can always bring them in and our animal services department will take good care of them and try to adopt them out to family that has the resources as well as the time commitment that dogs and cats need,” Whitaker said.

In a delightful twist, Officer Whitaker brought his family to meet River Rose and the Whitakers decided to take her home as a foster with the hope of eventually adopting her.

Whitaker told the station he and his family were just trying to “get her in a calm, safe environment.”