Florida Man Strangled Fiancée to Death, Slept Next to Her Corpse, and Dumped Body in Walmart Parking Lot: Police 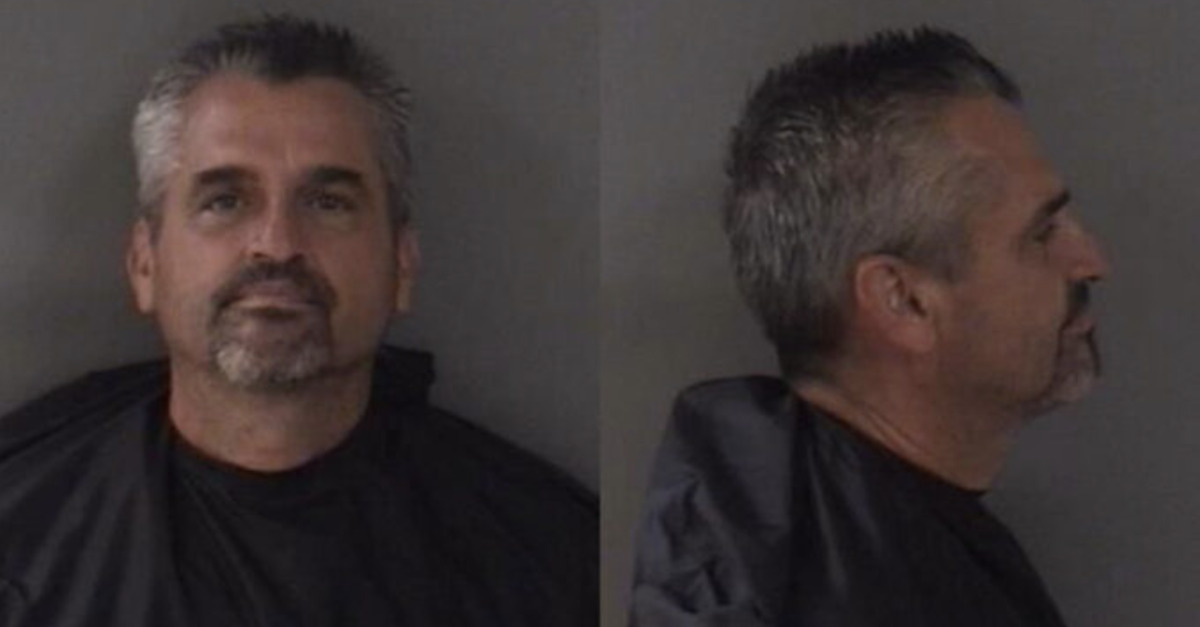 A Florida man was arrested and charged after allegedly killing his fiancée, sleeping next to her corpse overnight and then leaving the dead woman’s body in a Walmart parking lot earlier this week.

Michael John Despres, 56, stands accused of murder in the first degree over the Monday evening death-by-strangulation of 67-year-old Jeanine Bishop. The defendant allegedly confessed to the woman’s murder in an interview with Sebastian Police Department detectives on Tuesday, according to the Sebastian Daily.

The woman’s body was found Tuesday morning in the mid-Florida city, sitting upright in the passenger seat of her parked Chevy Silverado.

That death investigation quickly became a homicide investigation. Despres, who was found near the deceased’s truck at the Sebastian Walmart, was taken into custody after giving “cryptic accounts of Bishop’s whereabouts before she was located in the parking lot, which raised suspicions with investigators,” the Daily reports.

“Without any doubt, this is due to the swift and exceptional work of the men and women working this investigation that it was able to be solved so quickly and efficiently,” Sebastian Police Chief Dan Acosta told the outlet, referring to the fast-paced speed of the investigation.

The defendant allegedly told investigators that he was angry with Bishop and considered killing her for several days, according to court documents reviewed by local CW affiliate WTVX.

A handyman by trade, the suspect allegedly confessed to using a tool he had made out of rope, with handles on either side, and strangling his fiancée as she sat in a chair on Monday night, police said.

According to the Daily, citing investigators working the case, Despres used that tool to constrain Bishop’s neck and then pulled “as hard as he could” until his victim “slumped to the ground.”

“The decedent had ligature marks around her neck area, consistent with being strangled,” police said. She also had a deep cut on her neck.

After that, a decidedly macabre scene unfolded.

According to the arrest report cited by local CBS affiliate WPEC, Despres then took the dead body upstairs, placed her face up in bed and went to sleep next to the woman he had just murdered.

The next morning, the defendant allegedly confessed to changing Bishop’s clothes and putting her in the truck where she was discovered. But before driving the truck to Walmart, he allegedly went through a series of complex efforts to conceal the crime.

First, he put his bicycle inside his van and drove to the Walmart–riding his bicycle back home. He then drove the pickup to the Walmart where he parked. Next, he used his van to drive to a Dollar Tree near the Walmart. The suspect then, finally, allegedly walked back to the Walmart and then told a store manager about an “emergency situation” involving his fiancée in the parking lot. Police arrived soon thereafter and the complicated plan was quickly brushed to the side as Despres allegedly came clean under interrogative pressure.

Neighbors say the couple had an abusive relationship.

“You would often see Janine riding her bike around the neighborhood,” one friend of hers told the Daily on condition of anonymity. “She was a lovely woman who also helped others. It is tragic; she didn’t deserve this.”