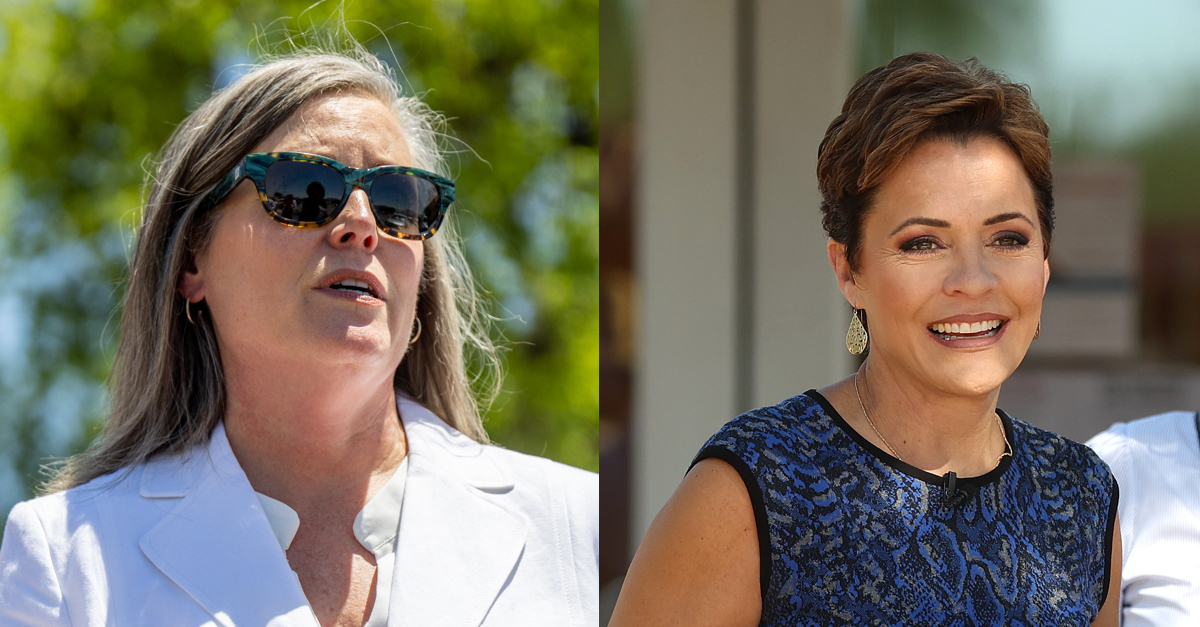 Elections officials in Arizona’s Cochise County refused to canvass the results of the 2022 midterm elections — and were promptly sued twice on Tuesday.

Arizona Secretary of State Katie Hobbs (D), who is now the Grand Canyon State’s governor-elect, filed one of the lawsuits.

“Absent this Court’s intervention, the Secretary will have no choice but to complete the statewide canvass by December 8 without Cochise County’s votes included,” her complaint states. “Thus, the Board’s inaction not only violates the plain language of the statute, but also undermines a basic tenet of free and fair elections in this state ensuing that every Arizonan’s voice is heard.”

One of the Democratic Party’s prominent law firms also filed a petition for a writ of mandamus, a form of emergency relief that would force election officials to do their duty. They are representing Cochise County voter Stephani Stephenson and the non-profit group Arizona Alliance for Retired Americans, the same group that previously sued to prevent armed “vigilantes” from intimidating voters at drop boxes.

“The Board’s decision was unjustifiable, based on entirely unsubstantiated, vague allegations that the county’s electronic voting machines could not be trusted,” their 12-page petition reads. “But canvassing election results by a date certain is the Board’s mandatory legal duty under Arizona law, and the Board does not have discretion to refuse.”

The 2022 midterm election results have been widely interpreted as a defeat for pro-Donald Trump candidates who ran on a platform of denying the results of the previous race. Among those losing candidates was Kari Lake (R), who indicated even before Election Day that she might not concede if she lost. Hobbs, who has faced death threats for defending the 2020 election results, defeated Lake by a narrow margin in her race for governor.

Now, representatives of Lake’s party have been attempted to throw the results into upheaval by refusing to perform a canvass, a process allow them to confirm the accuracy of the data. Two of the Republican members of the county’s board, Supervisors Peggy Judd and Tom Crosby, wanted to perform a hand counting of ballots, even though experts find that process more time consuming and less reliable than machine counting. Those officials are named individually in both legal actions, as is the board. Hobbs also sued the county.

“Unfortunately, the majority of the Board has submitted to these falsehoods, resulting in a series of decisions that have threatened the voting rights, first, of Cochise County voters, and now, of all Arizonans,” the petition states.

In late October, the Republican-dominated board authorized a full hand count of ballots, only to have their designs frustrated in court when a judge declared that a 100 percent hand count did not comply with Arizona law.

As the petition notes, a majority of the Cochise County board spurned that ruling and refused to perform a canvass until 99.9 percent of the ballots were counted by hand — even though a limited hand count found “no discrepancy” with the machine-counted totals.

Describing the board’s actions as “lawless,” the county’s challengers threatened to move to hold them in contempt.

Tuesday was the deadline for Cochise County to perform its canvas.

The Arizona Alliance for Retired Americans is represented by two law firms, including one founded by the Democratic Party’s election lawyer Marc Elias. In 2020, Elias supported local authorities across the country in swatting down more than 60 lawsuits filed by Trump and his allies seeking to subvert the former president’s defeat.