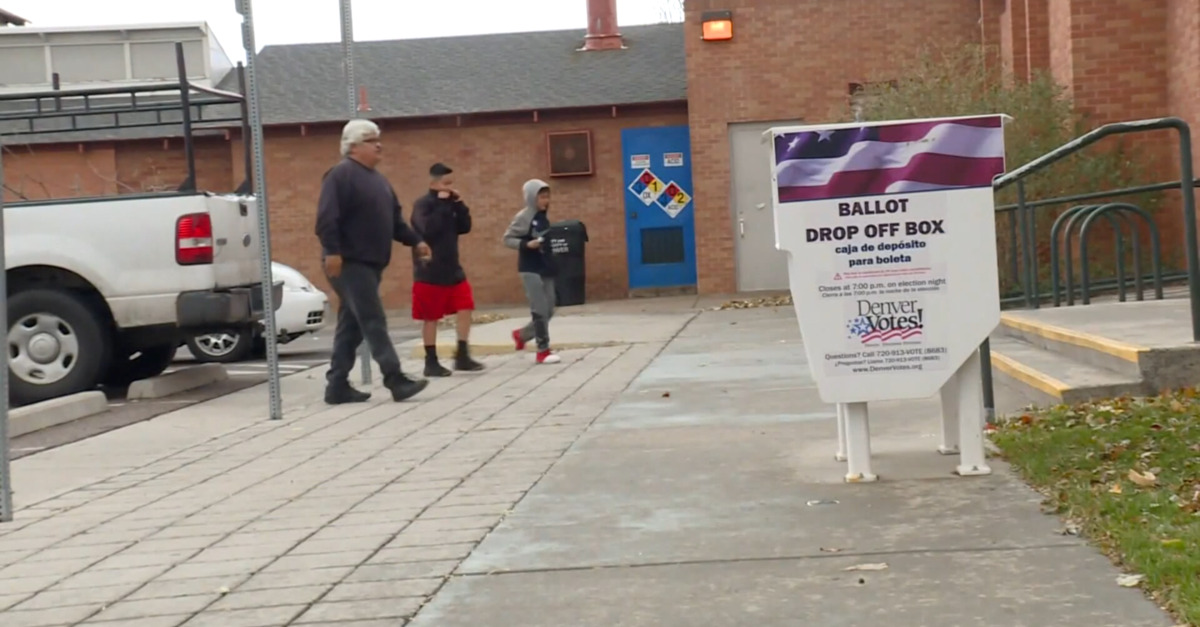 A Colorado landlord allegedly sent an inflammatory letter to residents about potential rent increases based on the results of the upcoming 2020 general election–but it’s probably not illegal.

According to local NBC affiliate KUSA, several Fort Morgan residents emailed the station “concerned about the legality of the letter, calling it a form of voter suppression.”

The controversial letter reads, in full:

Please understand IF Joe Biden is elected as our next President, everything you do and have to pay for will change completely.

Everything will be increased. Like paying ALOT (sic) more in taxes, utilities, gasoline, groceries, new permits, fees and regulations…everything! This also means YOUR RENT will be increased to cover these expenses. Most likely, rent would DOUBLE in price!

IF the current President is re-elected, WE WILL NOT RAISE THE RENT FOR AT LEAST 2 YEARS!

Voting is your choice and we are not telling you how to vote. We are just informing our tenants what WE will do according to the election results.

The outlet also reported that both the Colorado Secretary of State and Attorney General have been apprised of the landlord’s alleged threat. The latter agency is said to be investigating complaints regarding the letter dated October 19.

Multiple efforts to contact Colorado Attorney General Philip J. Weiser’s office regarding the status of his investigation were not answered at the time of publication.

It is unclear what Weiser would be focusing any investigative efforts on.

Current Colorado state election laws contain six instances and iterations of the word “threat” but none of those references pertain to threats made against would-be voters as the landlord’s tenants allege.

Three of those instances refer to workplace threats emanating from an employer to their employees. One instance prohibits threatening election workers. The final two instances are part of a statute related to disclosure of third-party expenditures in a given election.

Colorado laws and elections rules do prohibit voter intimidation, however, there is a catch. Any alleged voter intimidation must have occurred to “a voter while voting” and specifies that this means “any voter who is inside the immediate voting area or is marking a ballot or operating a voting device or electronic voting device.”

Weiser has promised he will vigorously prosecute instances of voter intimidation that occur during the 2020 election after President Donald Trump appeared to make a plea to the Proud Boys street gang to potentially patrol election sites.

Twitter responded furiously to the news–with many users making caustic comments regarding landlords and joking about instituting the anti-landlord policies of Mao Zedong.

At least one person who lives in the trailer park at issue was also upset over the letter.

Federal law has a more open-ended prohibition against voter intimidation which is somewhat mirrored in another Colorado law–both of which are misdemeanors with a maximum penalty of one year in jail.

But one election law expert says that the words contained in the landlord’s letter alone–and because of the careful phrasing at work–likely would not “reasonably be construed as intimidation.”

“I’m not aware of any prohibition on this kind of communication,” Tulane Law Professor Ross Garber told Law&Crime in an email.

“The landlord is expressing his opinion that Biden will raise taxes and that this will result in the landlord needing to raise rent to meet expenses,” he continued. “He is not providing any incentive or threatening punishment for the tenants’ actual vote. Seems like this is heartland First Amendment protected speech.”