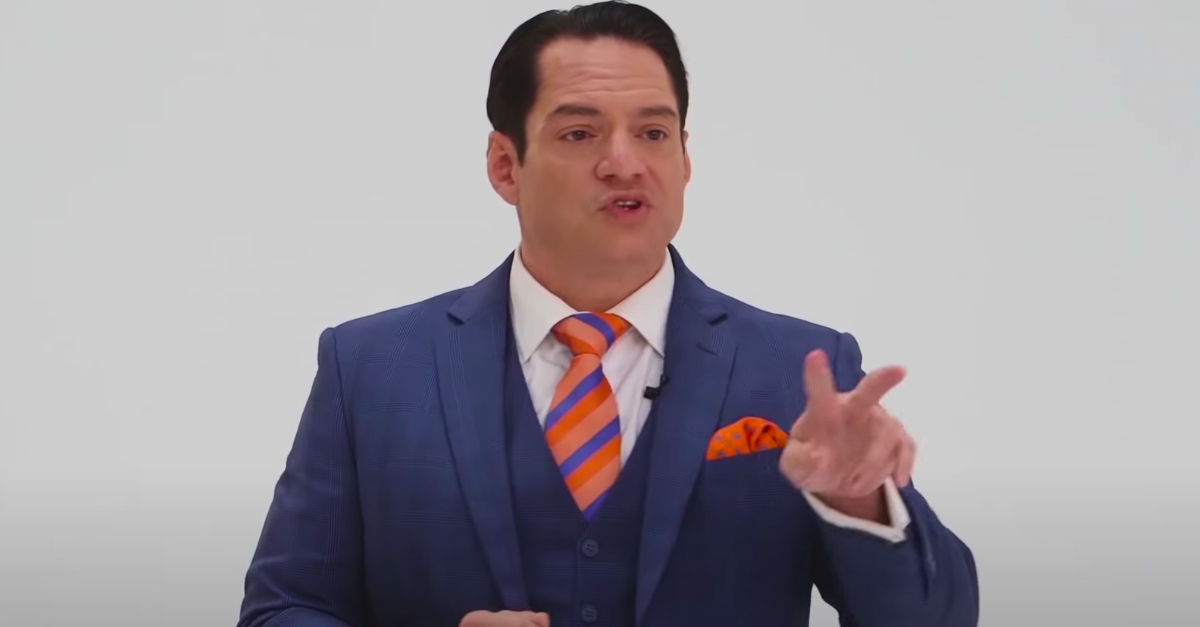 Just days after one of President Donald Trump’s campaign attorneys came under fire for saying the administration’s former chief cyber security official should be “drawn and quartered,” another Trump associate seemingly called for the president’s political enemies to face ambiguous extrajudicial penalties if they are not soon indicted.

Brian Trascher, a Trump campaign surrogate and member of the Trump Campaign Victory Finance Committee, made the comments during a discussion about U.S. Attorney John Durham’s investigation into the origins of the government’s 2016 Russia investigation.

“I think [Durham’s report] is going to be very damning. We already know that members of the CIA and FBI participated in the phony Russia collusion hoax against President Trump. And I think there’s going to be some high-profile people named in this report,” Trascher said.

Toeing the party line, Trascher falsely asserted that President Trump actually defeated President-elect Joe Biden in last month’s election. Then he suggested that one of Biden’s first actions in office would be ensuring Durham’s report is kept under wraps. In such a scenario, Trascher said that there would have to be a different way to “take care of” such persons.

“If Joe Biden does pull off the miracle and is able to get himself sworn in as president, I think that report is going to absolutely be destroyed, buried, will never see the light of day,” Trascher added. “Criminals like [former director of the CIA] John Brennan will probably walk free amongst us and, you know, we’ll just have to take care of them another way I guess.”

In which a Newsmax guest billed as a @TeamTrump surrogate suggests that "we'll just have to take care of" those he deems to be "criminals" such as former CIA Director @JohnBrennan "another way" if he doesn't face some sort of indictment by John Durham. pic.twitter.com/24B1UB1856

It was revealed that Attorney General Bill Barr had promoted Durham to the position of special counsel for the U.S. Department of Justice (DOJ) just two weeks prior to the election—despite Barr’s disregard of the rules for doing so.

Earlier this month Joe diGenova, a Trump re-election campaign lawyer and former U.S. Attorney, went on Newsmax’s The Howie Carr Show and said that Chris Krebs should be “drawn and quartered. DiGenova also said that Krebs should be “taken out at dawn and shot.” Krebs was the director of the Cybersecurity and Infrastructure Security Agency, and President Trump fired him for saying that 2020 election wasn’t rigged. DiGenova later said he was joking.