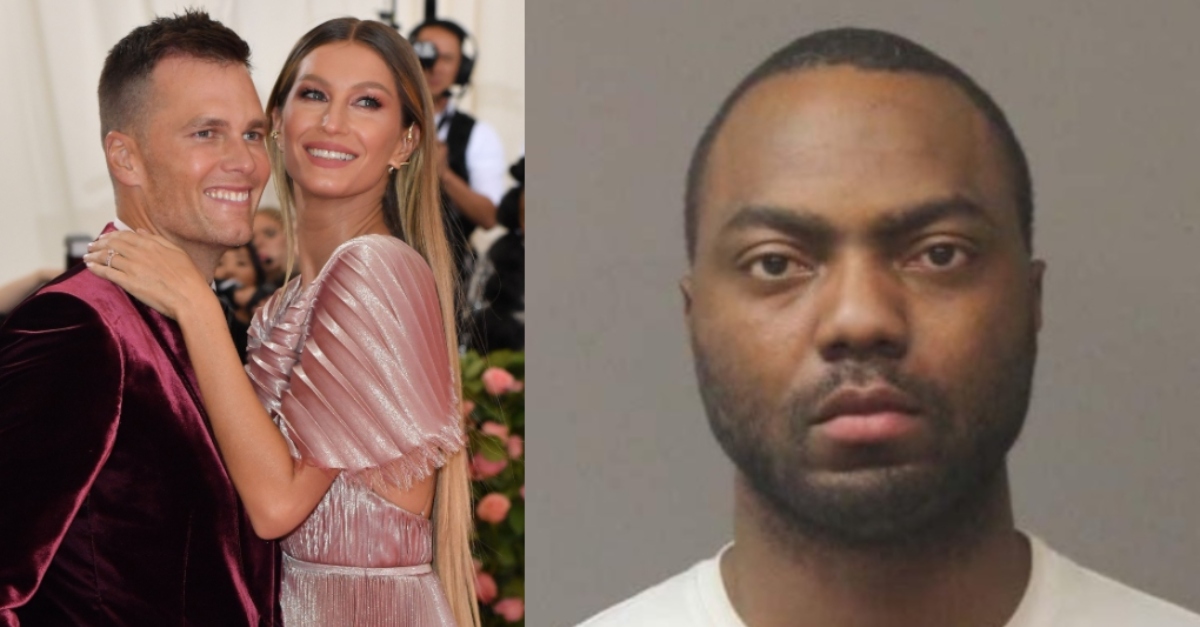 Officers said they responded this morning at about 5:55 a.m. to a radio call at a residential alarm at 112 Woodland Road. This happened to be the home of Brady and Bündchen, who put up the residence for sale shortly before Brady, formerly the longtime quarterback for the New England Patriots, joined the Bucs. The couple moved to Florida months ago.

“Our Public Safety Dispatchers informed responding units that multiple alarms were activated, and that they were monitoring a subject on camera,” police said. “Dispatch updated police units upon their arrival that the subject was now in the basement, sitting on a couch.”

Police said that they were given an access code, and gained accessed to the property, where they found Cineus in the basement, still on the couch.

The defendant is charged with breaking and entering in the nighttime with intent to commit a felony, attempted larceny, and trespassing.

“He will likely be arraigned in Brookline District Court later today,” officers said.

Cineus is described as currently homeless, formerly of Brockton, Massachusetts. It is unclear if he has an attorney in this matter. He was already in legal trouble with law enforcement elsewhere in the state. Cops said he faced active warrants for 2019 incidents in Foxboro, Massachusetts.