There are so many things that Attorney General Bill Barr could have discussed during his hours-long visit at the White House on Tuesday, including John Durham’s appointment as special counsel or Barr’s own remarks that he has not seen evidence of widespread, election-altering fraud. But what about White House allies roaming around the Department of Justice trying to “pressure” staffers into divulging information about ongoing investigations into election matters?

The Associated Press reported on Thursday that Heidi Stirrup, a White House liaison to the Department of Justice, was banned from entering Main Justice within the last two weeks because she tried to dig up information about ongoing DOJ investigations of particular and current interest to President Donald Trump:

Heidi Stirrup, an ally of top Trump adviser Stephen Miller, was quietly installed at the Justice Department as a White House liaison a few months ago. She was told within the last two weeks to vacate the building after top Justice officials learned of her efforts to collect insider information about ongoing cases and the department’s work on election fraud, the people [familiar with the matter] said.

Stirrup is accused of approaching staffers in the department demanding they give her information about investigations, including election fraud matters, the people said.

Stirrup may have been banned for stirring things up behind the scenes, but she has already been rewarded for her attempts to keep the 45th president in the loop as he remains in denial that Joe Biden will be the 46th president of the United States. 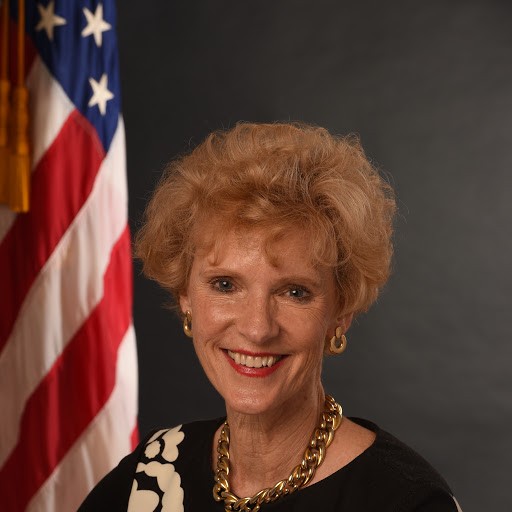 Heidi Stirrup, via Administration for Children and Families

Just minutes before the AP report was published, the White House announced that Stirrup, a Stephen Miller ally, had been rewarded with a “spot on the Board of Visitors to the United States Air Force Academy,” as the Daily Beast put it:

Heidi Stirrup, a White House liaison to the Department of Justice, landed a spot on the Board of Visitors to the United States Air Force Academy. Within minutes of the White House email announcing the slate of appointments, the Associated Press reported that Stirrup, an ally of senior White House aide Stephen Miller, had been banned from DOJ’s offices after pressuring officials there into divulging information about ongoing investigations into supposed irregularities in last month’s presidential election.

According to that report, Stirrup was one of a number of White House loyalists to get cushy gigs. The Charter of the Board of Visitors of the U.S. Air Force Academy notes that pursuant to 10 U.S.C. § 9355(b)(1) board members designated by the president, as Stirrup has been, “shall serve for three years each, except that any member whose term of office has expired shall continue to serve until a successor is designated.”

Legal observers were quick to say Stirrup’s behavior, as described by AP, was not “normal.”

The White House should not have “eyes and ears” at DOJ https://t.co/bgGqf5ZbNz

If she was disseminating information about criminal election fraud investigations, that could violate grand jury secrecy rules.

Violations of the rule governing grand jury secrecy can result in criminal and civil penalties. https://t.co/rLGRrl6YeX

This is … not normal https://t.co/hHEyjrMVSs

when Barr hears about this disrespect of THE executive power, heads will surely roll https://t.co/xteDuPzg1Z

Note, this is presumably some of what Billy Barr spent 2+ hours at the White House the other day discussing. https://t.co/qKOriFRvoQ

After Nixon’s abuses of government agencies for his personal and political benefit, important structural norms were installed to keep DOJ separate from the White House. This is exactly why. Yet another line crossed by this White House. https://t.co/ao0rXdWzGt

“Stirrup, a close ally of [Stephen] Miller, previously served as the acting director of the Office of Refugee Resettlement and was also a deputy White House liaison at the Department of Health and Human Services.” And then she was assigned as the WH’s spy at DOJ. https://t.co/mJMH03t27y