Two Men Charged with Terrorism in Alleged Plot to Kidnap Gov. Whitmer Were Released from Jail 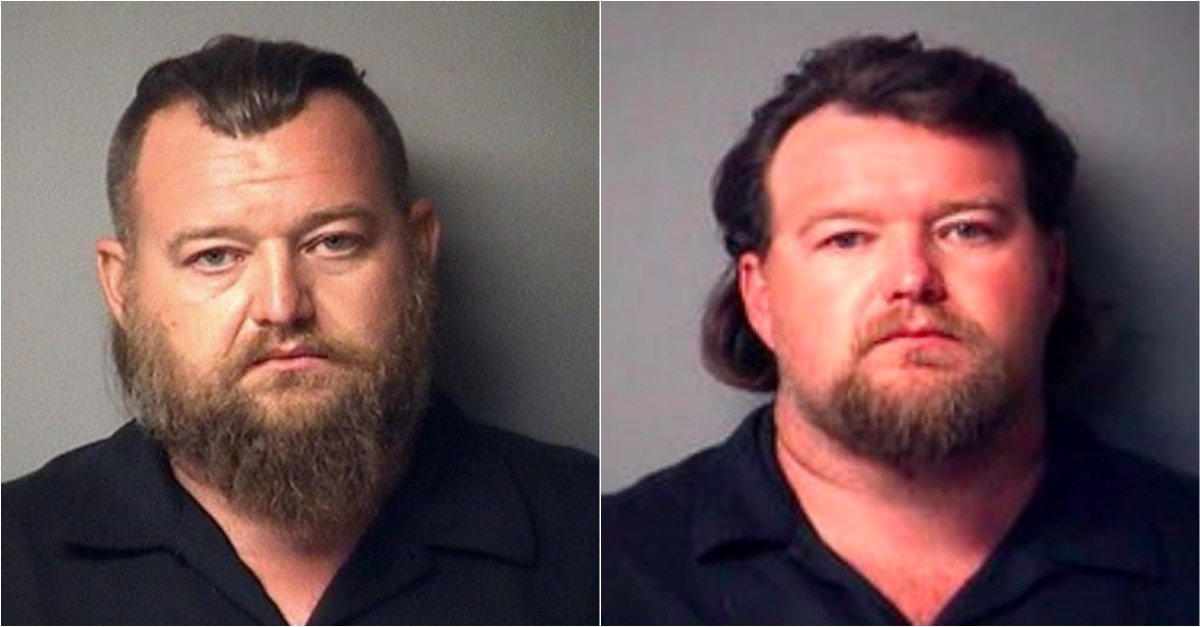 Grand Traverse County 86th District Court Judge Michael Stepka reduced bond for each of the Null brothers from a pure cash bond of $250,000 to a $250,000 surety bond set at 10-percent.

Initially refusing to modify their bond due to “concerns for the safety of the public and government officials,” the judge ultimately relented.

According to The Detroit News, both men will be confined to their homes except for work-related travel and visits with their lawyer–subject to a curfew. The judge also conditioned their would-be release on an ankle-monitoring and blood-testing regime with an explicit bar on possessing weapons, consuming illicit drugs or alcohol and forbidding them from any contact with the Wolverine Watchmen or Michigan Liberties Militia groups.

“I guarantee if there’s any violations for bond for either one of them they’ll be remanded,” Sepka said at the Wednesday hearing. “That’s if they bond out.”

“They are expected to make bond today and be released from custody,” Nessel’s office said in a press release.

The Nulls were released around 4 p.m. on Thursday.

“They were clearly motivated to commit political violence and they were at the table early in multi-state meetings with militias as early as June,” she said during the hearing. “They went to provide help and support for the operators of this plot.”

“They were fully aware of the objective of the surveillance of the governor’s home and they had a chance to change their mind, but they didn’t do that,” she added.

In the end, however, the court appeared to accept the defense’s arguments that the Nulls were being held on “constitutionally excessive” bond–if not the alternative argument that each man had the “love and support” of their community.

And while Doddamani noted that both Nulls are charged with “very serious offenses,” the court apparently took sympathy on the men due to high-dollar amount and their lack of a violent criminal history.

The attorney general’s office also noted that defendants Paul Bellar, 21, Peter Musico , 42, and Shawn Fix, 38, “have made bond and were released from law enforcement custody.”

“All other defendants remain in custody,” Nessel added. “Extradition efforts continue for one defendant, 52-year-old Brian Higgins, of Wisconsin Dells, Wisconsin. He is being extradited to Michigan from Columbia County, Wisconsin.A n extradition hearing is scheduled in Wisconsin on Dec. 15.”

Each of the six defendants were arrested in early October by the Federal Bureau of Investigation (FBI) for allegedly planning to target the first-term governor at her vacation home in response to stay-at-home orders aimed at curtailing the spread of the coronavirus and ensuing COVID-19 pandemic.

“Several members talked about murdering ‘tyrants’ or ‘taking’ a sitting governor,” the investigating FBI agent said in an affidavit. “The group decided they needed to increase their numbers and encouraged each other to talk to their neighbors and spread their message.”

“The [alleged co-conspirators] discussed plans for assaulting the Michigan State Capitol, countering law enforcement first responders, and using ‘Molotov cocktails’ to destroy police vehicles,” the indictment read. “The [alleged co-conspirators] also discussed plans for an additional meeting during the first weekend of July when they also would conduct firearms and tactical training.”