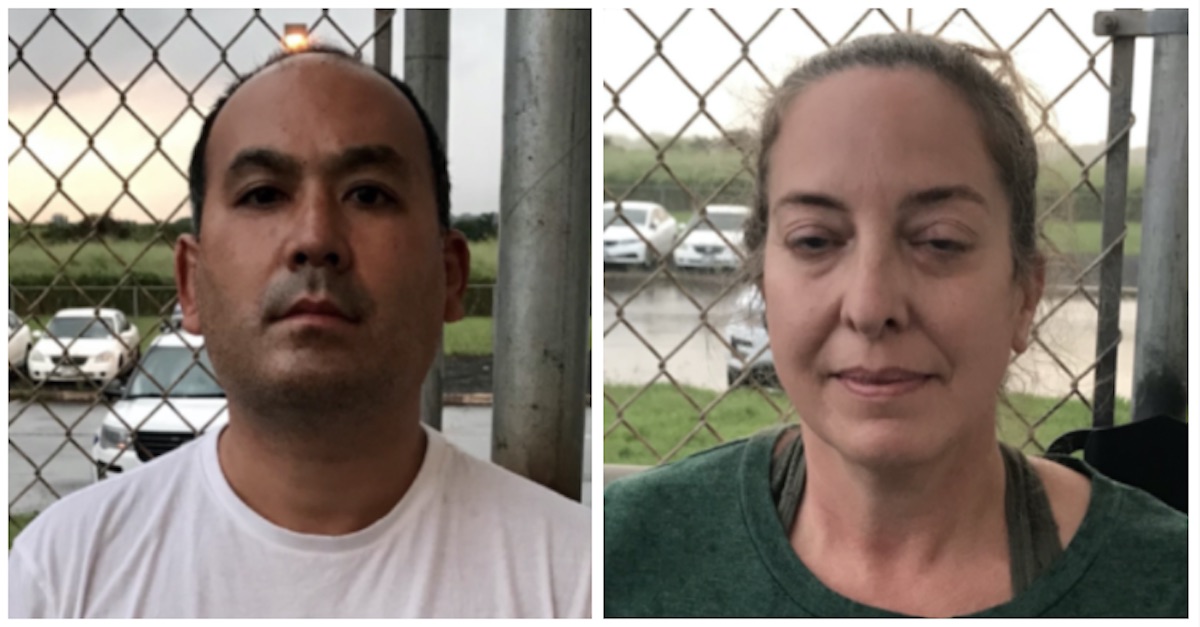 It was a hard ticket to Hawaii.

A Hawaii couple was arrested for boarding a United Airlines flight from San Francisco, California to the Aloha State even though they knew they tested positive for COVID-19 and were told to isolate themselves accordingly, the Kauai Police Department said.

According to several reports on the incident, 46-year-old Courtney Peterson and 41-year-old Wesley Moribe traveled with a 4-year-old child from San Francisco International Airport to Lihue Airport on Sunday.

“[They] were instructed to isolate and not to board a plane to Hawai’i by the Quarantine Station at the San Francisco International Airport,” but they “continued to board a United Airlines flight” anyway, KITV reported.

After landing at the Lihue Airport, the couple was arrested on suspicion of second-degree reckless endangering, a misdemeanor. As you can see above, they also got their pictures taken. Both defendants posted $1,000 bail to secure their release.

According to Associated Press, Child Protective Services was made aware of the incident; the 4-year-old child was “released into the care of” an unnamed relative.

Police said that the couple, by boarding the plane, placed other passengers on the flight “in danger of death.” They have also been banned from flying on United Airlines, but that’s likely the least of their concerns at present.

If convicted as charged, the defendants could go to jail for up to a year. They could also be fined up to $2,000. But legal experts are already saying that the “unusual” nature of the case and questions about jurisdiction may present some challenges for the prosecution.

A court date has been set for January.