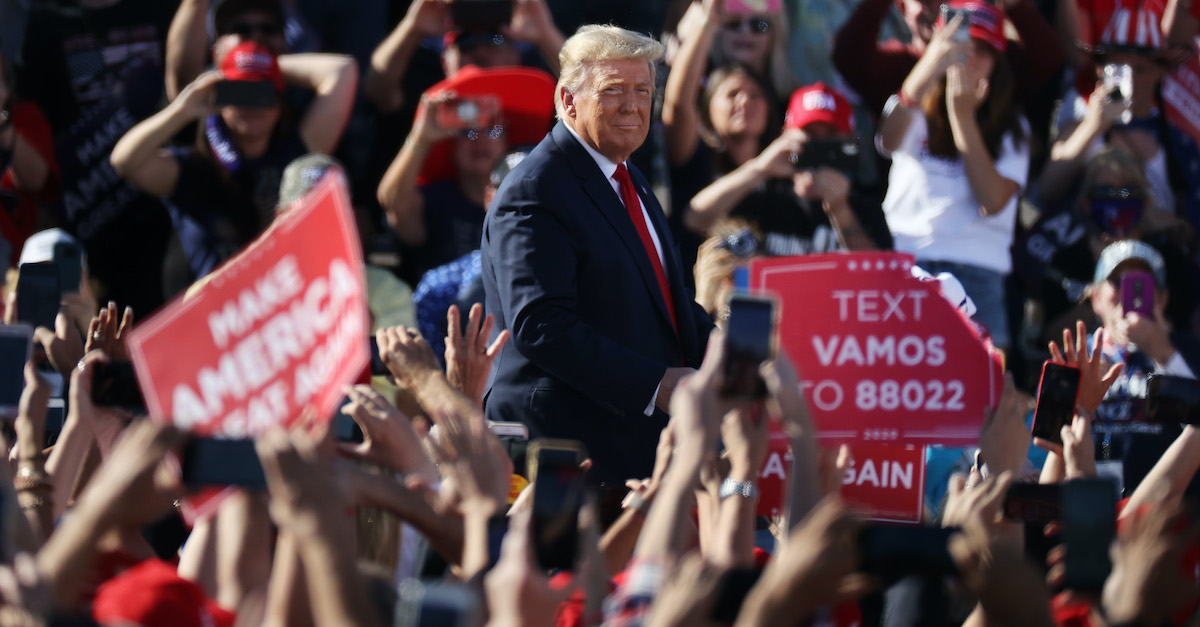 For the second time in one day on Wednesday, the Supreme Court rejected a Republican attempt to block a state’s extension for the receipt and counting of mail-in votes up to beyond Election Day. This time, the case involved President Donald Trump’s campaign in North Carolina.

The ruling fell hours after the high court declined to grant an expedited hearing to Pennsylvania Republicans challenging a three-day window to process mail-in ballots that trickle in after Nov. 3. In the North Carolina case, the ballot-counting deadline extension in question was up to nine days after Election Day.

In both cases, newly minted Justice Amy Coney Barrett declined to participate, while fellow Donald Trump appointee Brett Kavanaugh said nothing. Justices Samuel Alito, Clarence Thomas and Neil Gorsuch would have granted a Supreme Court audience in both cases, only to be outvoted by the court’s liberal wing and chief justice.

In Republican Party of Pennsylvania v. Boockvar, Alito wrote a statement railing against the Supreme Court’s handling of the Pennsylvania case.

“The Court’s handling of the important constitutional issue raised by this matter has needlessly created conditions that could lead to serious post-election problems,” he wrote for the trio of conservatives. Alito also warned that it might not be the last we hear of the Pennsylvania case:

Although the Court denies the motion to expedite, the petition for certiorari remains before us, and if it is granted, the case can then be decided under a shortened schedule. In addition, the Court’s denial of the motion to expedite is not a denial of a request for this Court to order that ballots received after election day be segregated so that if the State Supreme Court’s decision is ultimately overturned, a targeted remedy will be available.

Thomas, Alito and Gorsuch’s dissension came without comment in the North Carolina case. In fact, none of the justices commented beyond the issued order.

At an event earlier on Wednesday, Trump expressed hope that states that want to continue their counts past Election Day would be prevented from doing so.

“Hopefully that won’t be allowed by the various courts,” Trump said.

Attorney Marc Elias, a former general counsel for Hillary Clinton’s presidential campaign four years ago, has been waging battles in favor of voting access across the country this year and defending against challenges against them. He had a message for those predicting high court defeat in election battles following Barrett’s confirmation.

“For everyone who predicted doom for us in SCOTUS, or thought our legal strategy was inexplicable, I am accepting apologies,” he tweeted triumphantly following the ruling.

In late September, following the late Justice Ruth Bader Ginsburg’s death, Trump made clear that he viewed Barrett’s appointment, at least in part, as a strategy for what he viewed as an inevitably contested election.

“I think this will end up in the Supreme Court, and I think it’s very important that we have nine Justices,” Trump told reporters at a White House event, viewing Barrett as a possible tie-breaker for the high court’s conservative wing. “I think having a 4-4 situation is not a good situation.”

The remark proved fodder for Senate Democrats who called Barrett’s hearings a “sham” that threatened the Supreme Court’s legitimacy.

The White House and King & Spalding attorney Bobby Burchfield, representing the Trump campaign and other North Carolina Republican challengers, did not immediately respond to emails requesting comment on the pair of unfavorable rulings—or on Barrett’s abstention from them.