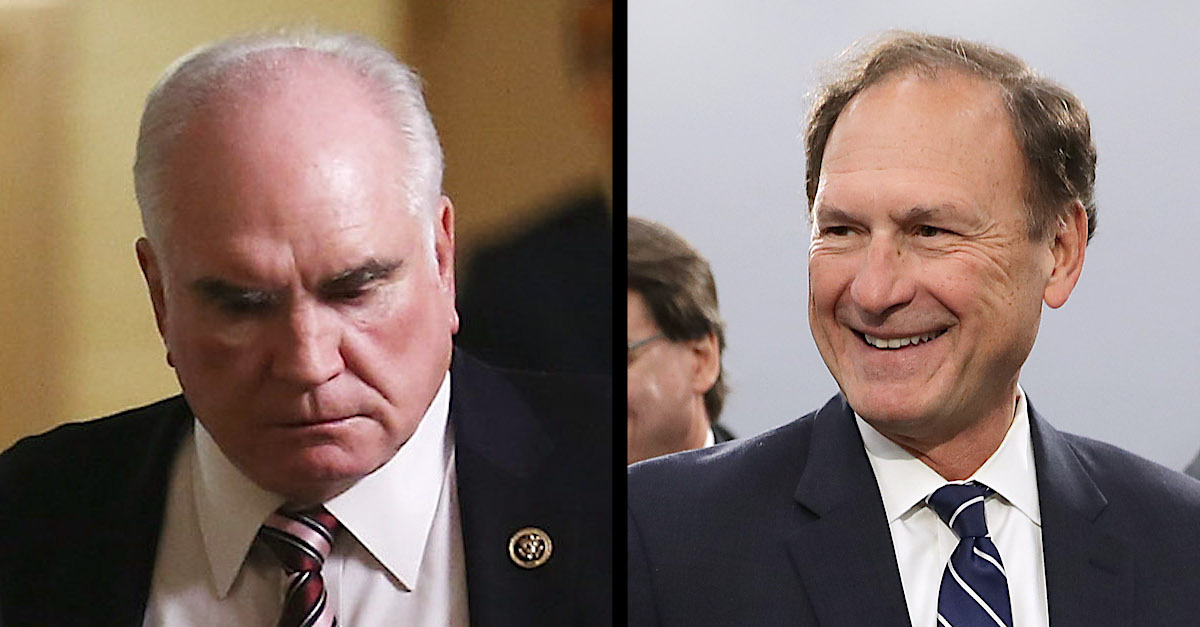 The Supreme Court unceremoniously rejected Rep. Mike Kelly’s (R-Pa.) bid to overturn federal election results in Pennsylvania on Tuesday, a request that would have blocked his own victory on the altar of delaying outgoing President Donald Trump’s defeat.

“The application for injunctive relief presented to Justice Alito and by him referred to the Court is denied,” the high court’s one-sentence order states.

The Pennsylvania Republican, a pro-Trump loyalist, had sought injunctions against the certification of the 2020 elections because he believed a law passed by the GOP-controlled legislature more than a year ago conflicted with the state constitution. Though the law has been hotly litigated, the Pennsylvania Supreme Court ruled that Kelly waited too long to complain and threw his case out of court.

And now, so has the U.S. Supreme Court.

Trump loyalists placed their hopes in Justice Samuel Alito to turn the tide, as the archconservative justice hears applications within the Third Circuit’s jurisdiction. Alito referred the matter to the court, which declined to consider it. There were no dissents.

A unanimous Supreme Court of Pennsylvania found little merit to the idea that its legislature’s Act 77, regarding mail-in ballots, so offended the Keystone State’s constitution that they had to call off the whole election.

In a concurring statement, Pennsylvania Supreme Court Justice David Wecht made clear to point out what the case did not involve.

“They have failed to allege that even a single mail-in ballot was fraudulently cast or counted,” Wecht noted. “Notably, these Petitioners sought to intervene in a federal lawsuit in which the campaign of President Donald J. Trump—an ostensible beneficiary of Petitioners’ efforts to disenfranchise more than one third of the Commonwealth’s electorate—explicitly disclaimed any allegation of fraud in the conduct of Pennsylvania’s General Election.”

“This is the case Senator Cruz promised Trump he would personally argue,” Shapiro noted in a tweet. “I guess we’ll just have to imagine how that would have gone.”

“These insignificant attempts to disregard the will of the people in our three states mislead the public and tear at the fabric of our Constitution,” Shapiro wrote in a statement with Wisconsin Attorney General Josh Kaul and Michigan Attorney General Dana Nessel, representing other states targeted by Paxton.

“The people in our states voted,” they wrote. “Their votes were counted—with multiple recounts. And the results have been certified. It’s well past time for the President and our fellow states and elected officials to stop misleading the public about this year’s election and to acknowledge that the results certified in our states reflect the decisions made by the voters in a free, fair, and secure election.”

Kelly’s attorney Gregory H. Teufel, whose 40-page application was beneath the high court’s comment, did not respond to an email requesting a reaction to the Supreme Court’s snub.