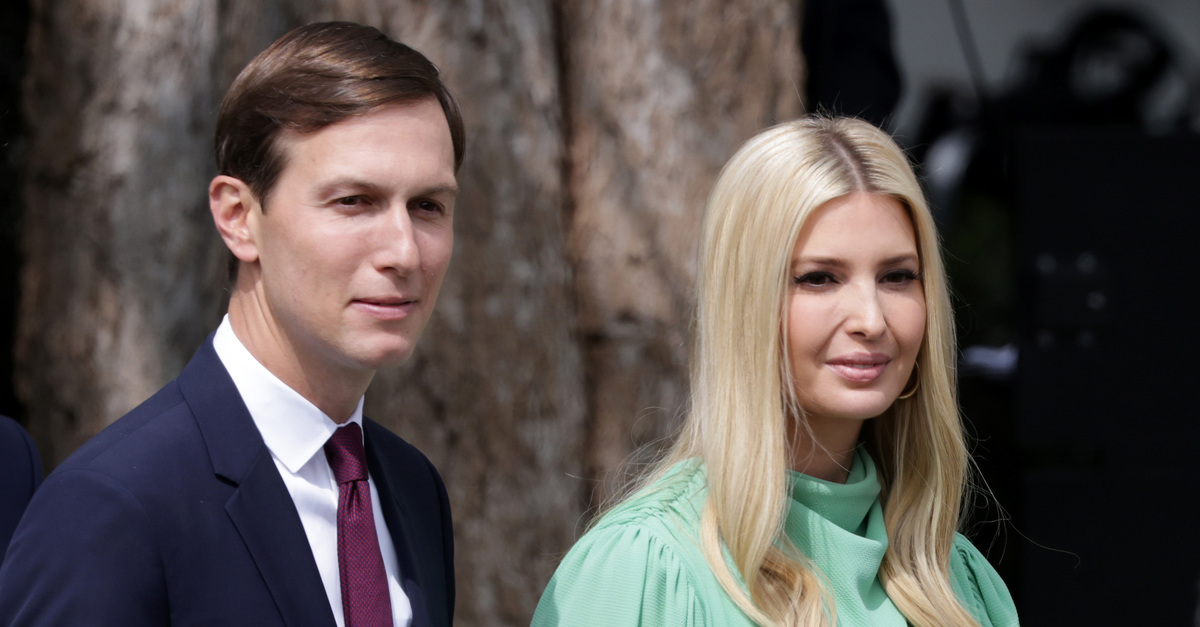 Jared Kushner and Ivanka Trump have threatened to sue a political action committee over Times Square billboards critical of the White House response to the novel coronavirus (COVID-19) pandemic.

Legal experts say the threat is “frivolous” and goaded the power couple by mocking their apparent  comprehension of how the First Amendment works.

Kushner and the 45th president’s daughter are both advisors in the Donald Trump administration. Kushner, for his part, has been directly involved with the federal government’s response to the epidemic.

“We represent Mr. Jared Kushner and Ms. Ivanka Trump,” the one-page letter sent Friday by Trump family attorney Marc Kasowitz reads. “I am writing concerning the false, malicious and defamatory ads that the Lincoln Project is displaying on billboards in Times Square.”

The Lincoln Project is a group of Republicans, former Republicans and so-called “Never Trump” conservatives who have raised millions of dollars since late 2019.  The group’s controversial ads have been praised by critics of the Trump White House for their passion and their insults but have also been attacked for being “personally abusive, overwrought, pointlessly salacious, and trip-wired with non sequiturs.”

The Kushner and Ivanka Trump ads obviously touched a nerve.

Kasowitz goes on to describe the content of the advertisements: “Those ads show Ms. Trump smiling and gesturing toward a death count of Americans and New Yorkers, and attribute to Mr. Kushner the statement that ‘[New Yorkers] are going to suffer and that’s their problem’ (alteration in original), with body bags underneath.”

The letter continues with the following legal threat:

Of course, Mr. Kushner never made any such statement, Ms. Trump never made any such gesture, and the Lincoln Project’s representations that the did are an outrageous and shameful libel. If these billboard ads are not immediately removed, we will sue you for what will doubtless be enormous compensatory and punitive damages.

“This is an abusively frivolous defamation claim,” First Amendment attorney Ken White noted via Twitter. “In a normal era, shamefully stupid, but standard for Trumps and the amoral hucksters they hire as lawyers.”

“The billboards will stay up,” the group said in a tweeted statement. “We consider it important that in Times Square, the crossroads of the world, people are continuously reminded of the cruelty, audacity and staggering lack of empathy the Trumps and the Kushners have displayed towards the American people.”