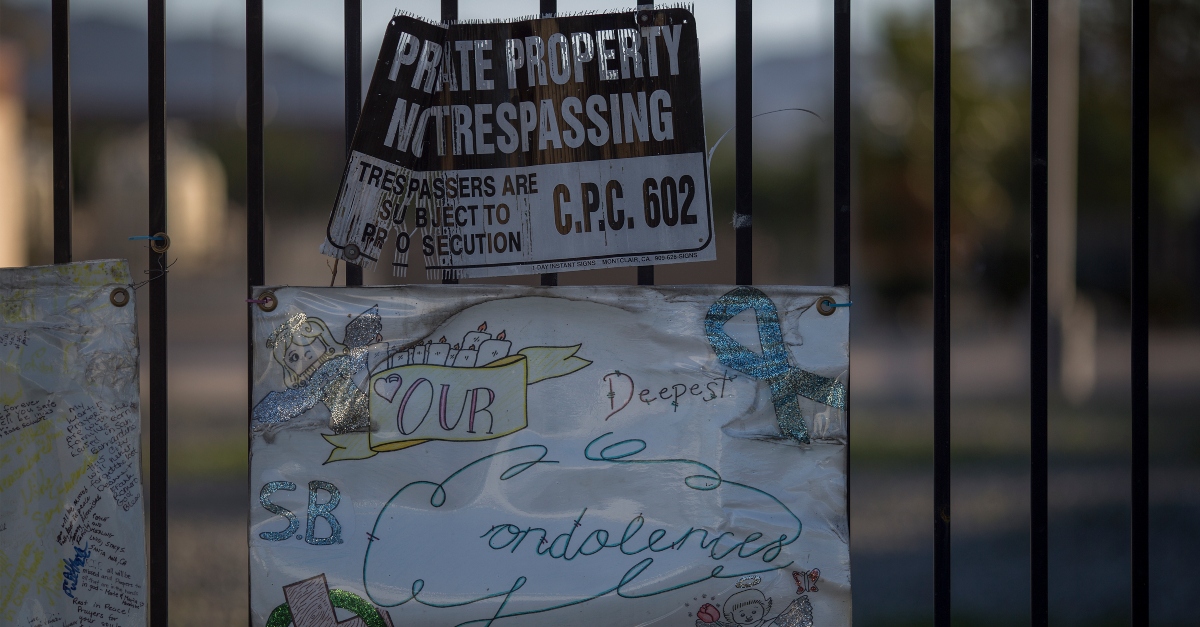 Memorial of San Bernardino attack in 2016, a year after the shooting.

An associate of the San Bernardino shooters has learned his fate for his role in connection to the 2015 terror attack. Enrique Marquez Jr., 28, was sentenced on Friday to 20 years in prison because he got the guns used by his friend Syed Rizwan Farook, 28, and that suspect’s wife Tashfeen Malik, 29, according to The Associated Press.

Prosecutors requested a 25-year punishment while the defense said five years. The defendant had already spent five years behind bars, which will be credited toward the sentencing.

Prosecutors previously said that Marquez purchased the firearms on Farook’s behalf. The two were said to have plotted in 2011 and 2012 to kill college students and motorists, but they never carried that out. Authorities said there was no evidence showing Marquez engaged in the San Bernardino killings or knew about it ahead of time. Nonetheless, Assistant U.S. Attorney Melanie Sartoris said Marquez should have known.

“His IQ is probably higher than anybody’s in the courtroom,” she said, according to The San Bernardino Sun. “He knew better.”

“I cannot hold Marquez responsible for your loss,” Bernal told the victims in court. “He is not responsible for the murders.” Bernal noteD that Marquez cooperated with the FBI and had a difficult upbringing. Still, Bernal called his crimes “horrific and terrible offenses.”

Farook and Malik were never charged because they were killed in a shootout with law enforcement. The couple had reportedly pledged allegiance to ISIS, though they had no formal links.