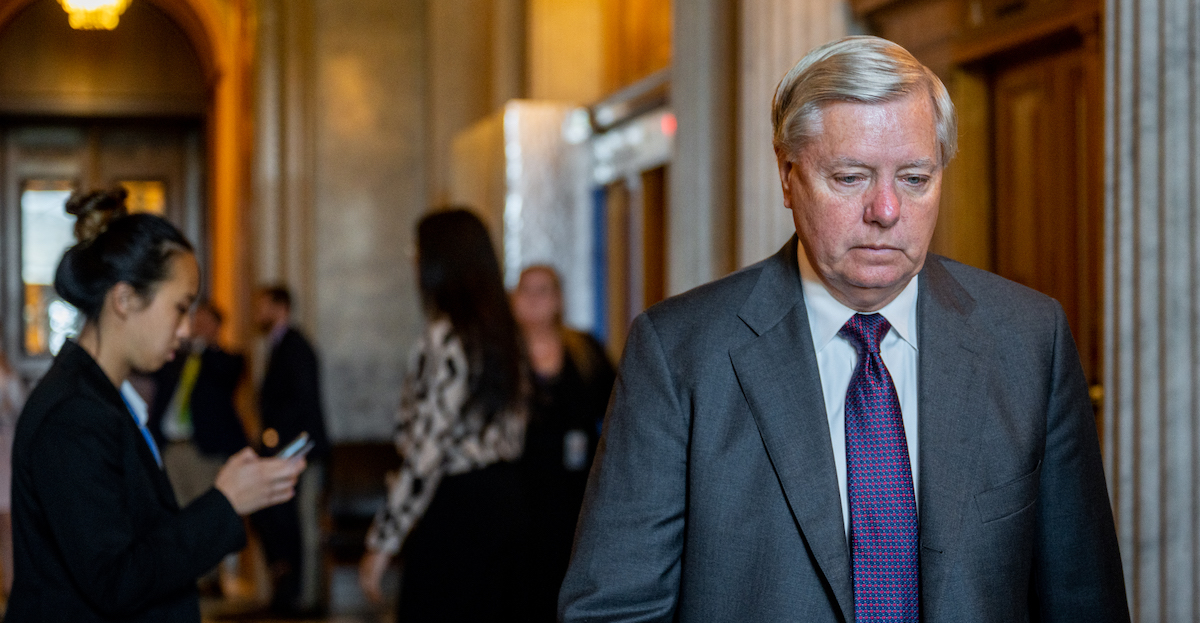 Sen. Lindsey Graham (R-S.C.) signaled on Wednesday that he plans to go to court to fight a court-authorized subpoena seeking his testimony in a Georgia prosecutor’s investigation into efforts by Donald Trump and his allies to overturn the 2020 presidential election results.

Fulton County District Attorney Fani Willis (D) subpoenaed Graham and several other Trump loyalists in requests first made public on Tuesday, though they were authorized a judge in late June and earlier in July.

Graham’s order relates to “at least two telephone calls” the senator made to Georgia Secretary of State Brad Raffensperger (R) and members of his staff “in the weeks following the November 2020 election in Georgia.”

Raffensperger was the official Trump goaded in a phone call to “find 11,780 votes,” the exact margin the former president would have needed to overturn Joe Biden’s victory in the Peach State.

“During the telephone calls, [Graham] questioned Secretary Raffensperger and his staff about reexamining certain absentee ballots cast in Georgia in order to explore the possibility of a more favorable outcome for former President Donald Trump,” the subpoena states.

Graham’s spokesperson has claimed in the past that he never urged disqualifying any voter from the ballot and simply inquired from Raffensperger how the signature verification process worked, according to Roll Call.

In a statement, Graham’s attorneys Bart Daniel and Matt Austin claimed that Fulton County investigators told them Graham “is neither a subject nor target of the investigation, simply a witness.”

Late last month, Raffensperger and his voting systems manager Gabriel Sterling both testified before the Jan. 6 Committee about Trump’s pressure campaign. Sterling recounted how threats poured into his office from Trump supporters, including one against a young staffer accompanied by a “slowly twisting noose.”

Graham’s lawyers claim that there was nothing awry about a U.S. senator from South Carolina reaching out to state election officials in Georgia, where his political ally had been trying to overturn an election.

“As Chairman of the Senate Judiciary Committee, Senator Graham was well within his rights to discuss with state officials the processes and procedures around administering elections,” the lawyers said. “Should it stand, the subpoena issued today would erode the constitutional balance of power and the ability of a Member of Congress to do their job. Senator Graham plans to go to court, challenge the subpoena, and expects to prevail.”

The Fulton County DA had sought Graham’s testimony by July 12.

“Since Georgia is NOT a part of the federal government then Graham’s argument depends entirely on his baseless claim that Fulton County DA is just a Jan 6 agent,” Wu tweeted, opining the claim is “weak” and would be rejected by any court that hears it.

Graham’s attorneys did not immediately indicate where or when they plan to file their legal action.