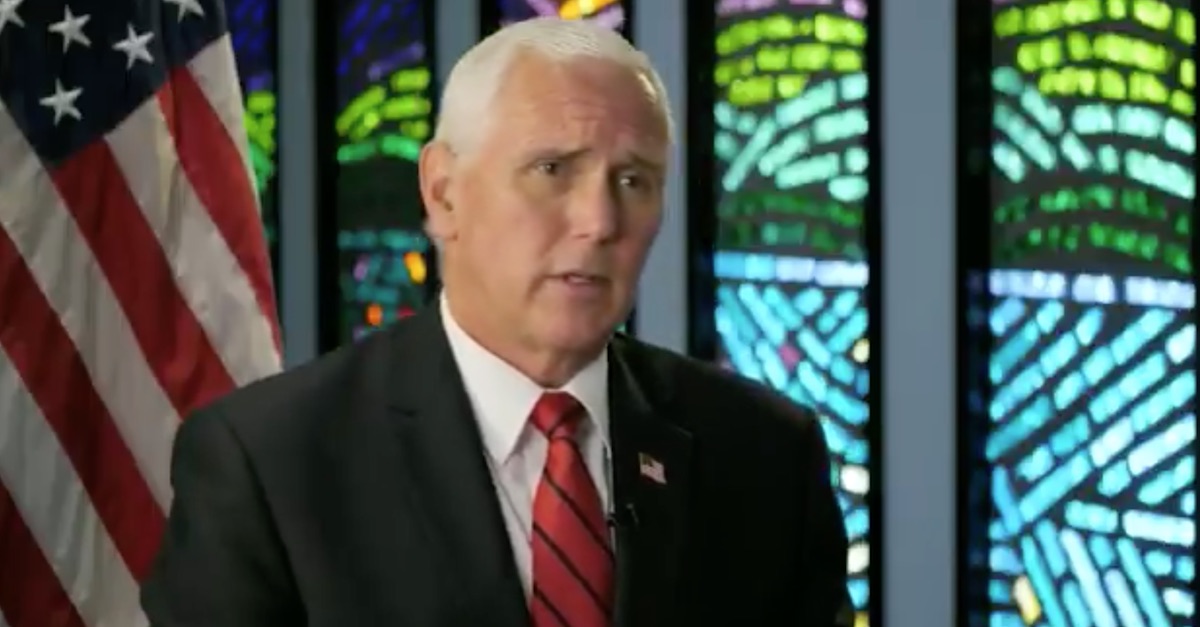 The DOJ’s answer to the extreme proposition that VP Pence has the power to ignore electoral votes and hand President Donald Trump a second term was straightforward: You are suing the “wrong defendant.”

But these plaintiffs’ suit is not a proper vehicle for addressing those issues because plaintiffs have sued the wrong defendant. The Vice President—the only defendant in this case—is ironically the very person whose power they seek to promote. The Senate and the House, not the Vice President, have legal interests that are sufficiently adverse to plaintiffs to ground a case or controversy under Article III. Defendant respectfully request denial of plaintiffs’ emergency motion because the relief that plaintiffs request does not properly lie against the Vice President.

Rep. Gohmert and a cast of purported competing GOP electors in Arizona—a state Trump lost to Biden—sued VP Pence in the U.S. District Court for the Eastern District of Texas earlier this week, arguing that Pence has the power to select “competing slates of Presidential Electors.”

Though there are no “competing electors—the election results in every U.S. state have been certified and the Electoral College votes for Biden have been cast—Gohmert and plaintiffs claimed the Electoral Count Act of 1887 (ECA) violates the Twelfth Amendment by not allowing the VP to count uncertified votes cast by Trump’s so-called slate of “shadow electors.” The Twelfth Amendment only dictates that the VP, as president of the Senate, “open all the certificates” and nothing more.

Still, the lawsuit asserted that Pence “may exercise the exclusive authority and sole discretion in determining which electoral votes to count for a given state, and must ignore and may not rely on any provisions of the Electoral Count Act that would limit his exclusive authority and his sole discretion to determine the count, which could include votes from the slates of Republican electors from the Contested States.”

In other words, Gohmert and the purported electors argued that an incumbent vice president who lost reelection, like Pence, rather than ministerially counting certified electoral votes may unilaterally decide not to count certain ones in order to secure his own reelection. DOJ noted that Gohmert was arguing in favor of a VP unbound.

At one point, the DOJ described Gohmert’s attempt to sue Pence as “a walking legal contradiction.”

“After all, it is the role prescribed for the Senate and the House of Representatives in the Electoral Count Act to which plaintiffs object, not any actions that Vice President Pence has taken,” DOJ argued. “Indeed, as a matter of logic, it is those bodies [the Senate and House] against whom plaintiffs’ requested relief must run. The House of Representatives has already expressly recognized those interests by informing the Defendant that it intends to present the Court numerous arguments in response to plaintiffs’ motion,” the filing said.

The DOJ said in a footnote as well that Gohmert’s argument in favor of Pence’s nonexistent unilateral power, if accepted, would disempower Gohmert “as a Member of the House under the Electoral Count Act to raise objections to the counting of electoral votes, and then to debate and vote on them,” which is what Republican Sen. Josh Hawley (R-Mo.) is doing in the Senate.

The filing ended with DOJ saying Gohmert’s request for relief should be denied:

Plaintiffs’ motion presents several novel constitutional issues with respect to the Act. But this Court can and should resolve this motion under the well settled requirement of true and not artificial adversity or the other threshold issues outlined above, particularly given the time constraints and expedited briefing necessitated by Plaintiffs’ recent filings.