‘Like if Comey and Clapper Had Gone Public with the Steele Dossier’ in 2016: DNI Releases Unsubstantiated Russian Intel Accusing Hillary Clinton of Linking Trump to Putin 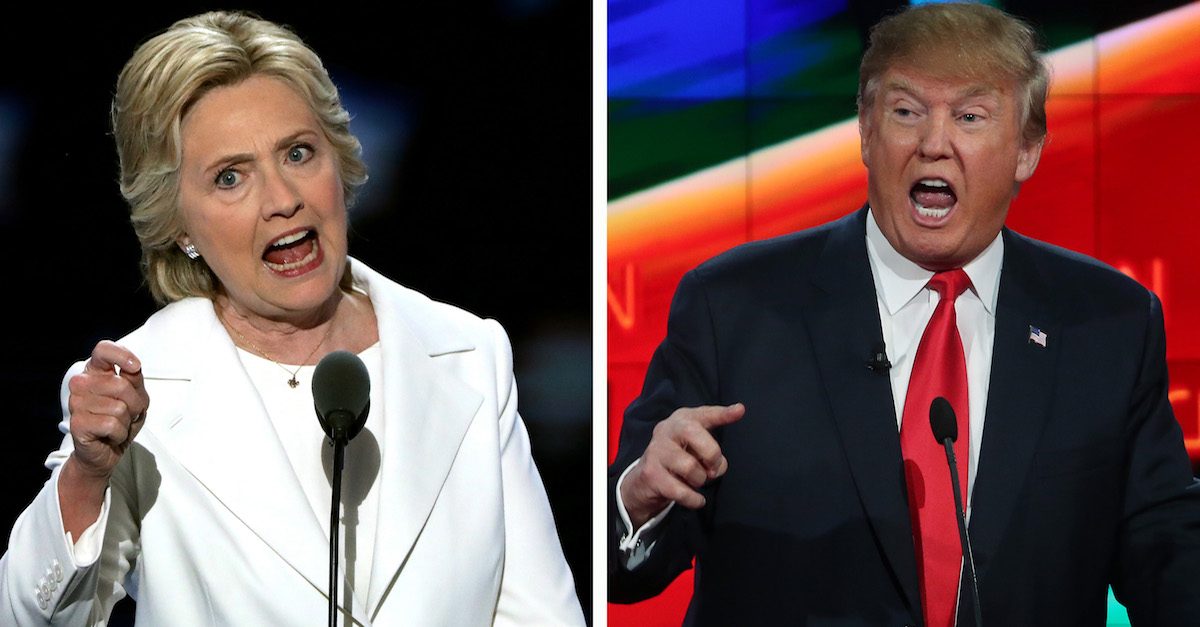 U.S. Director of National Intelligence (DNI) John Ratcliffe on Wednesday declassified an unverified and unsubstantiated Russian intelligence assessment suggesting that Hillary Clinton was behind a 2016 effort aimed at linking then-candidate Donald Trump to Russian President Vladimir Putin and the hacking of emails from leading officials in her own party and campaign. Ratcliffe released the information to Senate Judiciary Chairman Lindsey Graham (R-S.C.), explicitly stating that the Intelligence Community (IC) didn’t know about the veracity of the Russian’s assessment or whether it was entirely invented.

“In late July 2016, U.S. intelligence agencies obtained insight into Russian intelligence analysis alleging that U.S. Presidential candidate Hillary Clinton had approved a campaign plan to stir up a scandal against U.S. Presidential candidate Donald Trump by tying him to Putin and the Russians’ hacking of the Democratic National Committee,” Ratcliffe wrote in a letter to Graham. “The IC does not know the accuracy of this allegation or the extent to which the Russian intelligence analysis may reflect exaggeration or fabrication.”

The release of unverified foreign intelligence by the DNI left legal and intelligence experts aghast. The responses invariably said that the DNI intentionally circulated Russian disinformation for political reasons. The Russian assessment had previously been rejected as having “no basis in fact” by both Republicans and Democrats on the Senate Intelligence committee, Politico reported soon after Ratcliffe’s letter was released.

“That the ODNI would release this is a disgrace,” national security attorney Bradley P. Moss said in an email to Law&Crime.

Moss also weighed in on Twitter, writing, “This is like if Comey and Clapper had gone PUBLIC with the Steele Dossier during the 2016 election. Unbelievable.”

This is like if Comey and Clapper had gone PUBLIC with the Steele Dossier during the 2016 election.

Certainly looks like Trump’s DNI Ratcliffe is carrying out a political errand (and botching the job).

one more @NatashaBertrand scoop. But realize how heinous this is. completely discredited (on all sides) Clinton garbage now made public by the a) political and b) incompetent and inexperienced Ratcliffe. Just more Trump Elves working overtime in the Department of Disinformation. https://t.co/tHqYhsnbyy

This Politico piece gets what happening here exactly right: the DNI is putting out Russian disinformation. That's the story. https://t.co/Dzb2R1TTDh

The letter also stated that former Central Intelligence Agency (CIA) Director John Brennan briefed then-President Obama and other officials in July of 2016 on the “alleged approval by Hillary Clinton on July 26, 2016 of a proposal from one of her foreign policy advisors to vilify Donald Trump by stirring up a scandal claiming interference by Russian security services.”

The third and final bullet-point stated that IC officials in September “forwarded an investigative referral” to then-FBI Director James Comey and then-Deputy Assistant Director Peter Strzok regarding “U.S. Presidential candidate Hillary Clinton’s approval of a plan concerning U.S. Presidential candidate Donald Trump and Russian hackers hampering U.S. elections as a means of distracting the public from her use of a private mail server.”

The president’s eldest son Donald Trump Jr. appeared to miss the fact that the Russian assessment was completely unverified, erroneously claiming the declassification proved Hillary was behind “the Russia hoax.”

09-29-20_Letter to Sen. Graham_Declassification of FBI’s Crossfire Hurricane Investigations_20-00912_U_SIGN… by Law&Crime on Scribd