Law Firm Dumps Mike Lindell as Client, Severs Ties with Attorney Less Than One Day After Lawsuit Against Dominion, Smartmatic 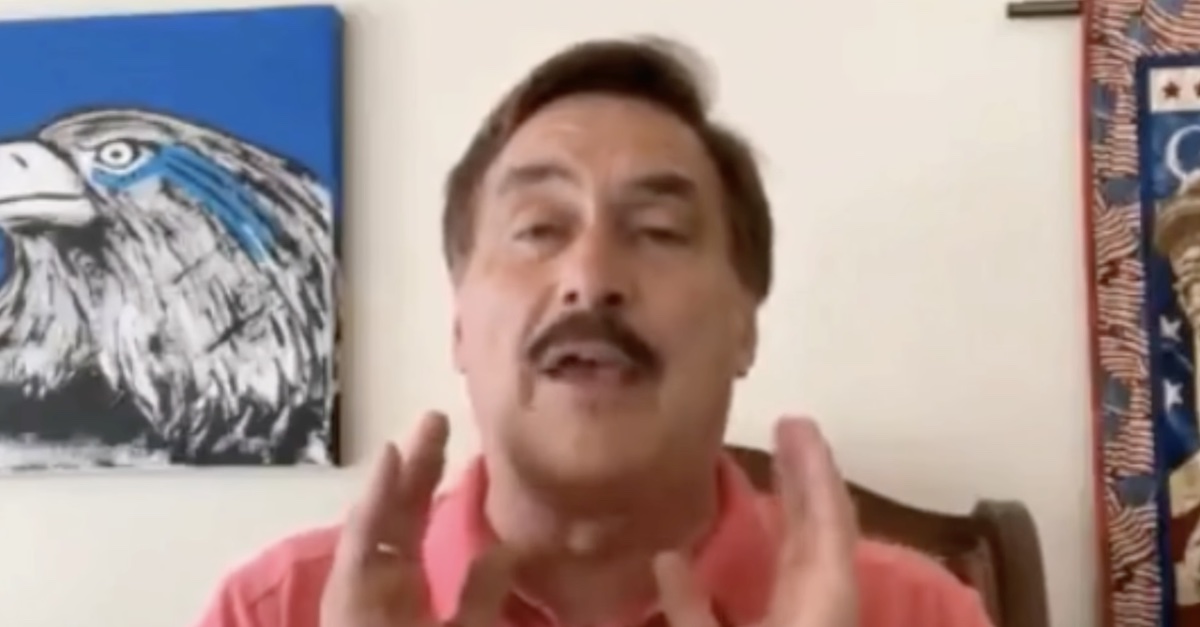 Alec J. Beck, the Minneapolis attorney who on Thursday signed election conspiracy theorist and MyPillow CEO Mike Lindell’s lawsuit against Dominion, Smartmatic, and affiliated voting technology companies, on Friday suddenly and summarily parted ways with his now-former law firm. But his co-counsel in the Lindell case tells Law&Crime that Beck will remain on as an integral part of the Lindell litigation team.

Beck until Friday worked as a partner for the law firm Barnes & Thornburg LLP, which employs more than 600 attorneys in 20 offices around the country.

“Late last night, firm management became aware of the filing of the complaint which was done without receiving firm authorization pursuant to internal firm approval procedures,” a Barnes & Thornburg spokesperson told Law&Crime in an email Friday afternoon. “The firm has withdrawn as local counsel in this matter and has ended the client relationship. The attorney representing the client in this matter is no longer with the firm.”

Beck filed paperwork on Friday to memorialize the departure.

“Pursuant to Rule 83.5(a)(1) of the Local Rules of the United States District Court for the District of Minnesota, the undersigned counsel hereby notifies the Court and counsel that Alec J. Beck has changed his firm affiliation and contact information,” a one-page document in the Lindell litigation explains. “No attorney from Barnes & Thornburg LLP remains of record and the firm’s appearance is thus withdrawn.”

Beck’s co-counsel in the matter, attorneys Douglas A. Daniels and Heath A. Novosad, are of Houston, Texas. They have both filed paperwork for admission pro hac vice in the District of Minnesota — that is, to handle the Lindell matter only. To do so, they need an attorney admitted to practice in the District of Minnesota to serve as “local counsel.”

In an email to Law&Crime, Daniels confirmed that Beck would remain on as local counsel despite his departure from Barnes & Thornburg. Daniels declined to go into detail about whether Beck’s separation from his now-former law firm was fair under the circumstances given his participation in Lindell’s lawsuit.

Ironically, Barnes & Thornburg publicized Beck’s comments about the 2020 election as recently as last October. A press release noted that Beck reminded the Society for Human Resource Management that in many states, employers are required by law to afford employees time off from work so that they can vote. Beck said employees likely would need additional time off from work to vote in 2020 given the hurdles and difficulties posed by the novel coronavirus pandemic.

“Voting by mail is widely available this year,” Beck told the SHRM. “Generally speaking, however, if an employee plans to vote in person, the protocols are no different than in any other situation.”

Barnes & Thornburg quickly scrubbed Beck’s biography from the firm’s website, but the firm touted his hiring with significant fanfare. A November 5, 2019 press release spoke of Beck in glowing terms:

Beck brings over 30 years of labor and employment experience and represents clients in a variety of industries, including construction, manufacturing, transportation and agribusiness. He provides guidance on a wide range of employment law and labor relations matters including union avoidance, collective bargaining, harassment and discrimination, workers compensation, unfair labor practice proceedings and arbitration. Beck has tried cases, including jury trials, in state and federal courts and before administrative agencies, including the U.S. Department of Labor, the Equal Employment Opportunity Commission and the National Labor Relations Board.

Beck earned his J.D. from the William Mitchell College of Law and his B.A. from the University of Minnesota.

“Our national practice has seen tremendous growth this year and I’m thrilled to continue that momentum with Alec’s hire,” said Kenneth J. Yerkes, chair of the Labor and Employment Department, in that same 2019 press release. “Alec strengthens our national bench, especially in our traditional labor practice, and will serve as a trusted adviser and advocate for our clients navigating this challenging area of law.”

“High-profile hires such as Alec demonstrates the culture we’ve built in our 10 years in Minneapolis and our ability to attract top-notch talent,” said Connie Lahn, managing partner of the Minneapolis office, back in 2019. “Alec is an exceptional attorney and bolsters both our office’s capabilities and our presence in the local market.”

An online attorney license database maintained by the Minnesota Judicial Branch says Beck was admitted to practice law in the North Star State on October 27, 1989 and that he remains authorized to practice law.

Beck did not immediately respond to a Law&Crime request for comment.