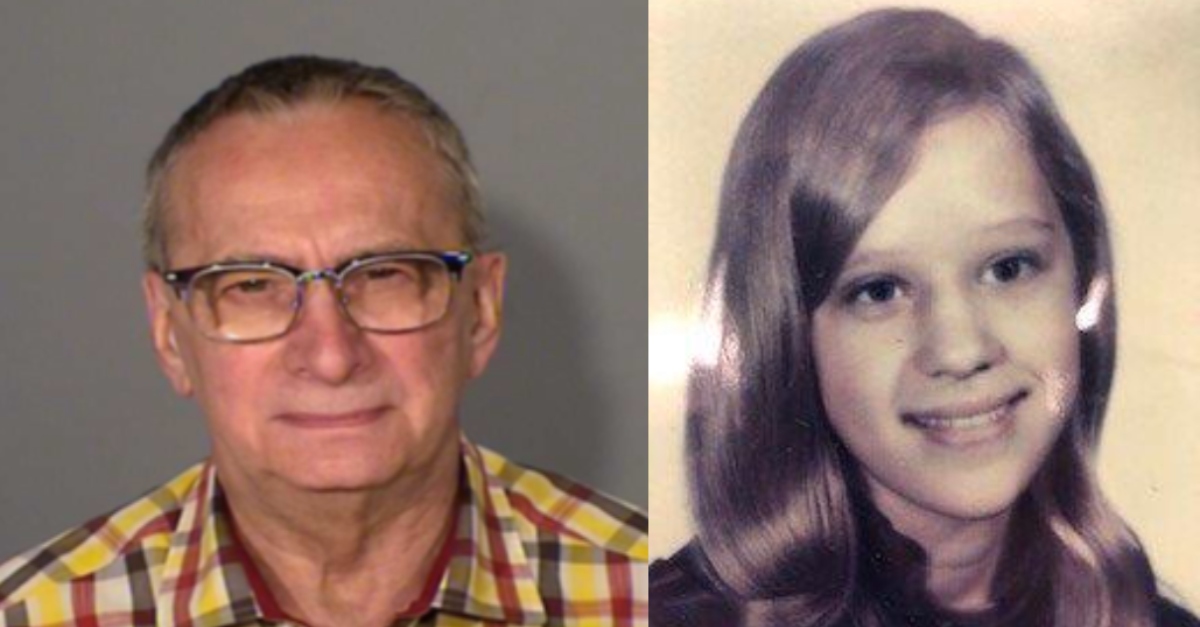 There has been an arrest in the 1972 murder of Illinois girl Julie Ann Hanson, 15. The suspect was identified on Friday by authorities as Barry Lee Whelpley, 76. He was taken into custody on Wednesday in Mounds View, Minnesota, according to the Naperville Police Department in Illinois.

Hanson went missing in July 1972, Police Chief Robert Marshall said in a press conference on Friday. She borrowed her brother’s bike to go to a baseball game, but she was never seen again. Hanson was reported missing to police the following day. A search turned up the bike. Later on, Hanson was found dead. She had been stabbed multiple times.

“This was never a cold case for our police department,” Marshall said. He read a statement on behalf of Hanson’s family.

“As you might assume, it has been a long journey for our family,” the family said. “We are forever grateful to all those who have worked on this case throughout the many years. We would especially like to thank Team Julie, who are truly Julie’s heroes.”

Whelpley was 27 and a resident of Naperville, Illinois when the crime occurred, said Will County State’s Attorney James Glasgow (D).

The defendant, a Minnesota resident, is now in jail for three counts of first-degree murder on $10 million bond. Whelpley is awaiting extradition. It is unclear if he has an attorney in this matter.

“This horrific crime has haunted this family, this community and this department for 49 years,” said Police Chief Marshall. “The investigation and resulting charges were truly a team effort that spanned decades, and I could not be more proud of the determination and resourcefulness of our investigators, both past and present, who never gave up on Julie.”

Authorities declined to specify the evidence linking Whelpley to the crime, citing the ongoing investigation. They attributed the arrest to DNA and genetic genealogy analysis.

[Mugshot of Whelpley, and image of Hanson via Naperville Police Department]