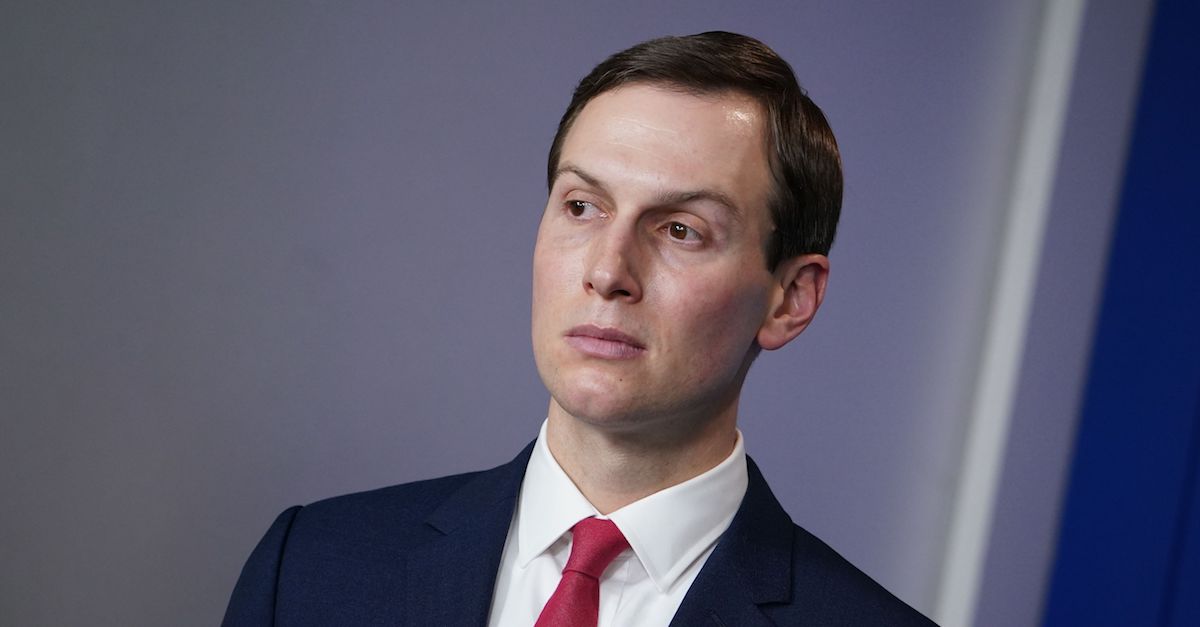 The controversy began earlier this month during the July 4 holiday weekend when the Trump campaign attempted to send out more than one million text messages to voters in an effort to broaden small donor fundraising efforts. People familiar with the circumstances of the corporations’ decisions told Politico that the problem stemmed from the campaign’s use of peer-to-peer messaging, which the companies feared may run afoul of federal communication regulations prohibiting robocalls.

While peer-to-peer systems are capable of delivering massive amounts of messages, each of the texts are sent individually. This differs from robo-messages, which are sent in a single mass blast to all recipients.

President Donald Trump late last December signed an anti-robocall law intended to curb the torrent of unwanted calls to Americans. The new law imposed steeper fines for allowing unwanted calls and texts while also giving phone companies the power to block such contacts without prior approval from customers. Here’s how the White House described it at the time:

This historic legislation will provide American consumers with even greater protection against annoying unsolicited robocalls. American families deserve control over their communications, and this legislation will update our laws and regulations to stiffen penalties, increase transparency, and enhance government collaboration to stop unwanted solicitation. President Donald J. Trump is proud to have worked with Congress to get this bipartisan legislation to his desk, and even prouder to sign it into law today.

Despite contentions from the Trump campaign that its peer-to-peer platform met all the requirements imposed by current regulations, the phone carriers were reportedly skeptical about its legality under the new beefed up law.

“What followed was a convoluted sequence of legal wrangling. The cell phone companies viewed the texts as a possible violation of federal anti-robocall laws and Federal Communications Commission rules that come with hefty fines” two Republicans with knowledge of the calls told Business Insider.

“The Trump campaign countered that the cell phone companies are stifling its ability to reach voters. It said the texts did not violate a 1991 law, the Telephone Consumer Protection Act, which set strict limits on tele-marketing and robocalling and formed the basis of anti-spamming measures ruled on by the FCC.”

The campaign also emphasized that an FCC ruling last month that it said actually loosened regulations that determined what constituted spam.

The FCC on June 25 ruled that phone companies may block unwanted robocalls by default, based on reasonable analytics, and offer consumers more advanced tools that can block calls not on their contact lists or allow calls only from so-called “white lists” of approved contacts.

“Any effort by the carriers to restrict the campaign from contacting its supporters is suppression of political speech. Plain and simple,” Tim Murtaugh, Trump’s campaign communications director, said in a statement to Business Insider.

Kushner will reportedly continue acting as the designated mediator in a stand-off that could last through the November election, a prospect that the former director of the U.S. Office of Government Ethics Walter Shaub did not take kindly to.

“What’s a nepotistic position in the White House even for if not to abuse your power to seek an electoral advantage for daddy-in-law and to turn the White House into a political boiler room with the explicit blessing of the U.S. Office of Special Counsel? (Hatch Act agency),” Shaub wrote Thursday.

What's a nepotistic position in the White House even for if not to abuse your power to seek an electoral advantage for daddy-in-law and to turn the White House into a political boiler room with the explicit blessing of the U.S. Office of Special Counsel? (Hatch Act agency) https://t.co/hJTkeL8W06