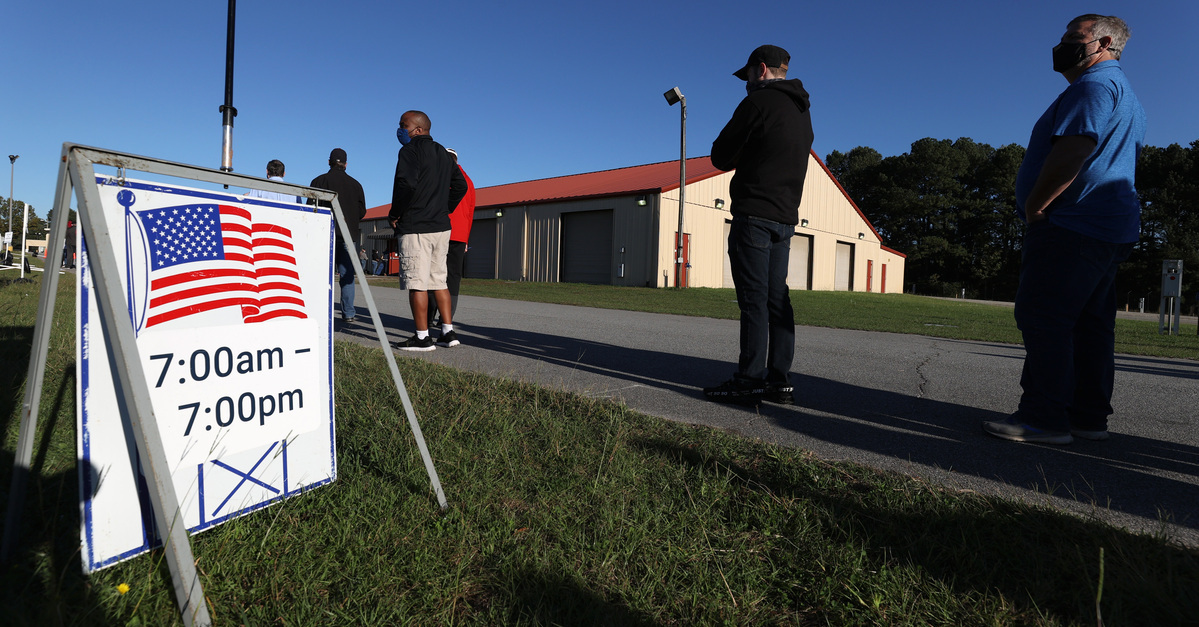 Republican Party voters in Georgia filed a federal lawsuit on Thursday asking a judge to step in and stop “certain counties” in the Peach State from certifying the 2020 general election results. The geographical locus of the complaints contained in the complaint immediately had people wondering what these the conservative voters meant by “certain.”

According to the GOP voters-plaintiffs, “[t]here exists sufficient evidence to place in doubt the November 3 presidential-election results in [those] identified key counties.”

The evidence cited to support that claim is as follows: (1) two voters allegedly did not receive their requested absentee ballots; (2) one voter was allegedly told they voted early when they claimed not to have but was allowed to vote absentee regardless of the early voting issue; (3) one voter’s mother “received a ballot in the mail addressed to someone she knew to be deceased and who lived in Florida prior to her death”; and (4) the chairman of the Georgia Republican Party complained that Democrats were counting ballots late into the early morning of November 4.

That marshaled evidence did not elicit an impressed response.

The complaint also cites data from far-right nonprofit Judicial Watch that shows numerous Georgia counties have “voter registration lists that exceed 100% of the eligible voters in that county.”

Also, Judicial Watch thinks too many people are registered to vote. (Which happens; some states do a more rigorous job than others of culling voter rolls when people move, but it’s also not really evidence of fraud or anything.) pic.twitter.com/S02coYoXac

The eight counties targeted by the lawsuit–Gwinnett, Fulton, DeKalb, Chatham, Clayton, Cobb, Richmond, Henry–overwhelmingly voted for Biden and other Democratic Party candidates in the election.

Notably, Biden’s lead over the 45th president in those eight counties alone translates to some 730,000-plus votes at present. Focusing on eight large counties that solidified Biden’s apparent victory over Trump out of Georgia’s 159 total counties quickly drew criticism.

Many commentators noted the counties are predominantly Black:

Just so we are all clear https://t.co/LFctRzFi7o

The racial undertones of the Georgia voters’ complaint are of a piece with the Trump campaign’s official legal strategy. Federal and state courts have been inundated with largely frivolous complaints and quickly-backtracked allegations from the 45th president’s attorneys seeking to overturn the clear results of the presidential election.

This strategy has intently focused on relatively massive urban population centers with substantial numbers of African-American residents like the cities of Philadelphia and Detroit. Many people have noted that the Republican Party has long been distrustful and disdainful of Black voters exercising the franchise in large numbers and have pointed to historical voter suppression by the GOP as perhaps the intellectual backstop for many of the flailing Trump campaign’s unlikely-to-succeed legal challenges.

To that end, it might be no surprise that the original lead attorney for Citizens United, James Bopp, is currently listed as an attorney-of-record for the likely doomed complaint.

The lawsuit seeks discovery which the plaintiffs believe will show additional evidence of fraud and is asking the court to “declare that there is sufficient evidence that illegal votes were counted in the identified county or counties to change or place in doubt the results of the November 3, 2020, presidential election results in contested counties, or in the state overall, so that the county’s presidential-election results must be invalidated.”