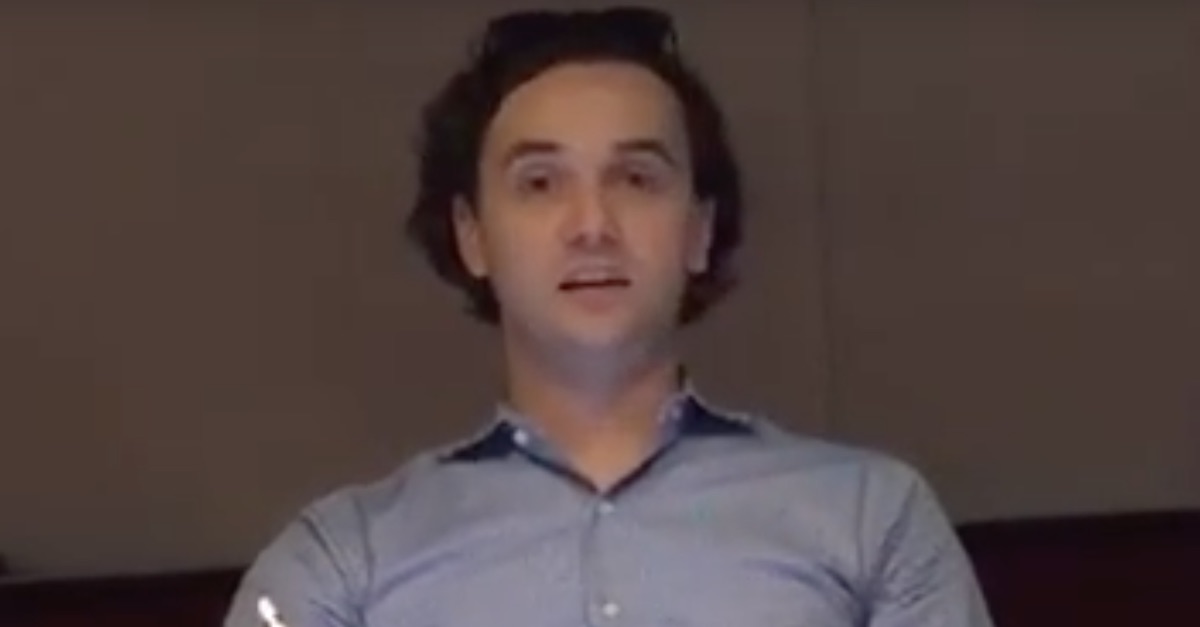 A campaign attorney for President Donald Trump was caught calling his own business partner as a witness during a Thursday hearing on alleged electoral irregularities in Arizona.

Kory Langhofer is leading the White House’s increasingly impossible efforts to overturn election results in Maricopa County where the 45th president was handily defeated by Joe Biden, leading to the Democrat’s razor-sharp victory margin in the Grand Canyon State.

To that end, Langhofer called witness Zack Alcyone–who just so happens to be the co-founder of petition analysis company Signafide. The company’s other co-founder? Kory Langhofer.

According to his Signafide biography, Alcyone is a “[g]raduate of The Yale Law School and the University of Southern California with [t]hirteen years of experience in advanced programming and tech startups.” His job is to oversee “all technological development, testing, and automated analytics.”

The company says Alcyone is an: “[e]xpert witness on ballot access calculations.” But, notably, Alcyone was not called as an expert witness during Thursday’s hearing.

Alcyone’s biography is situated right next to Langhofer’s biography on Signafide’s “About” page–which says the attorney is also an “expert witness on ballot access issues.”

Law&Crime Senior Investigative Reporter Adam Klasfeld was first to report on the issue via Twitter:

Pictured on the left:

Pictured on the right:

The admission came while Langhofer was being cross-examined by Arizona Democratic Party lawyer Daniel Arellano.

Response to the admission was about as one might expect:

This hearing is a masterpiece of 🤦‍♂️. Thread -> https://t.co/sWVlEg1Ztc

You could not have cooked up more of a sideshow from the Trump campaign in court if you tried. https://t.co/ggf7MYOHZl

Things can always get stupider https://t.co/RHfmDdQtGp

The underlying case is the once-called “Sharpiegate” controversy, a quickly-abandoned bit of nomenclature due to its substantial (identical) similarity to a 2019 White House contretemps wherein Trump used a Sharpie brand marker to enlarge the landfall zone of Hurricane Dorian.

As Law&Crime previously reported, the lawsuit is little more than repackaged claims that poll workers forced Trump voters to use the popular marker on their ballots–knowing full well that such markers would bleed through the ballot sheet and render their votes invalid. After the Trump campaign took the lead on the suit, the complaint started referring instead to “marking devices.”

Those “Sharpiegate” claims, which one might call “Wrong Out Loud,” have been serially debunked by Arizona State elections officials who have worked tirelessly in recent days against a torrent of unsubstantiated and otherwise false Republican Party slights against the integrity of their election efforts in and out of the courtroom.

Law&Crime reached out to Langhofer, himself a Yale Law graduate, for comment on this story but no response was forthcoming at the time of publication.

Earlier in the day, Langhofer acknowledged that the campaign’s search for evidence of fraud produced a lot of sworn statements that turned out to be lies and “spam.”

“This is not a fraud case,” Langhofer said later, instead styling the lawsuit as quest to expose voting irregularities. “It is not a stealing-the-election case.”

Some six hours later, the judge takes the matter "under advisement," adjourning the hearing and leaving the Grand Canyon state and the rest of the nation in suspense.

Revisit the play-by-play below, with an updated story linked in the embedded tweet. https://t.co/6CKpPGDzDl