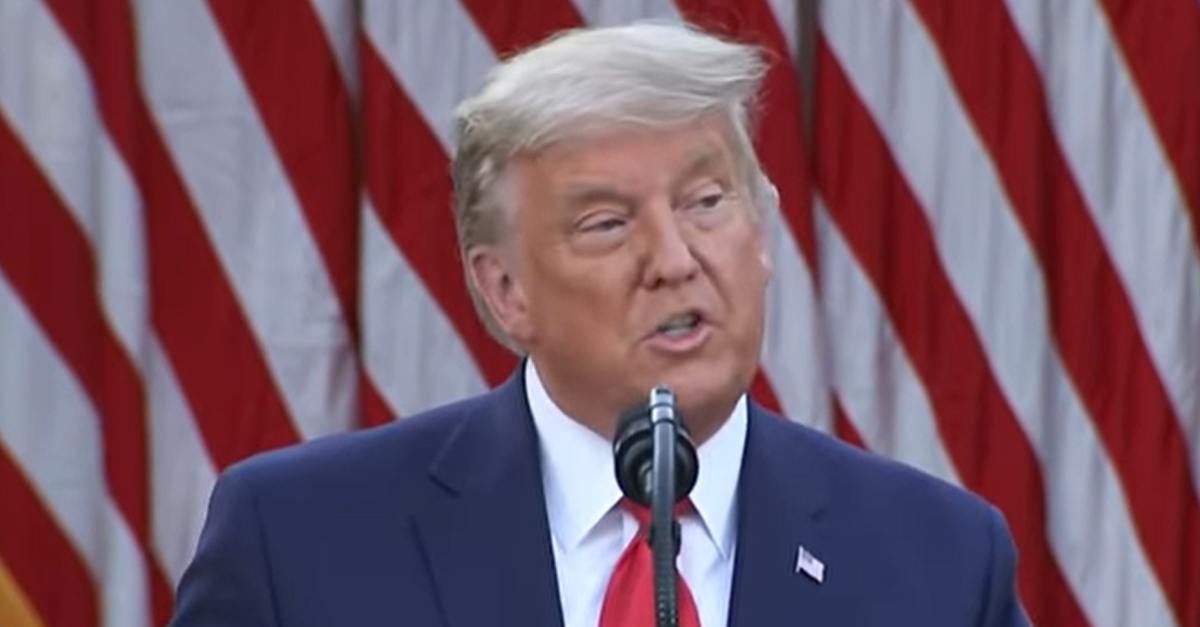 One of five members on Georgia’s state election board (SEB) on Sunday evening demanded that Secretary of State Brad Raffensperger (R) open an investigation into President Donald Trump, telling Raffensperger that the president’s efforts to “manipulate” the state’s election results likely constituted crimes under the Georgia Election Code.

David Worley, an attorney and the lone Democrat on the board, said that Trump’s hour-long conversation with Raffensperger on Saturday—during which the president repeatedly attempted to coerce the secretary to “find” enough votes to swing the election in his favor—likely established probable cause to find that Trump violated anti-fraud statutes.

“To say that I am troubled by President Trump’s attempt to manipulate the votes of Georgians would be an understatement,” Worley wrote. “Our job as members of the State Election Board is to enforce the Georgia Election Code. Among our responsibilities is to determine whether probable cause exists to refer potential civil and criminal violations of the Code to the Georgia Attorney General and local District Attorneys.”

UPDATE TO THIS STORY: Georgia State Election Board member (only Dem on five member board) SUNDAY NIGHT asked Georgia Sec of State to open investigation into possible civil or criminal violations involved in phone call with Trump. pic.twitter.com/X3Vz0fAjJ2

The stunning phone call involving Trump, Raffensperger and others, which was first reported by the Washington Post on Sunday, was the latest and most audacious of the president’s futile efforts to overturn the results of the 2020 election.

Throughout the call, Trump was belligerent and delusional, falsely insisting that he won the state “by hundreds of thousands of votes,” and threatening Raffensperger and the secretary’s General Counsel Ryan Germany with possible criminal penalties, saying they were taking a “big risk” by defying him.

“It’s a crime to solicit election fraud, and asking the secretary to change the votes is a textbook definition of election fraud,” Worley told the Washington Post in a Sunday interview.

While Worley noted in his letter to the secretary that the board had not yet received a formal complaint, he told the Post that former U.S. attorney for the Middle District of Georgia Michael Moore in November filed a complaint against Sen. Lindsey Graham (R-S.C.), which cited the same pair of fraud statutes. Raffensperger in November accused the South Carolina senator of pressuring him to exclude legal absentee ballots to favor Trump in the election.

“This is a man who has a history of reinventing history as it occurs,” the advisor said Monday. “So if he’s going to try to dispute anything on the call, it’s nice to have something like this, hard evidence, to dispute whatever he’s claiming about the secretary. Lindsey Graham asked us to throw out legally cast ballots. So yeah, after that call, we decided maybe we should do this.”

Fulton County DA Fani Willis said in a statement that, “like many Americans,” she found the “news reports about the President’s telephone call with the Georgia Secretary of State disturbing.”

“It is my understanding from news reports that a member of the State Election Board has requested that the Secretary’s Elections Division investigate the call, after which the Board can refer the case to my office and the state Attorney General,” said the statement from the recently elected Democratic DA for Georgia’s most populous county. “As I promised Fulton County voters last year, as District Attorney, I will enforce the law without fear or favor. Anyone who commits a felony violation of Georgia law in my jurisdiction will be held accountable. Once the investigation is complete, this matter, like all matters, will be handled by our office based on the facts and the law.”

Several legal experts over the weekend backed Worley’s position on the call, opining that Trump’s conduct likely constituted a crime, whether federal or state. Others said a case would be hard to prosecute.