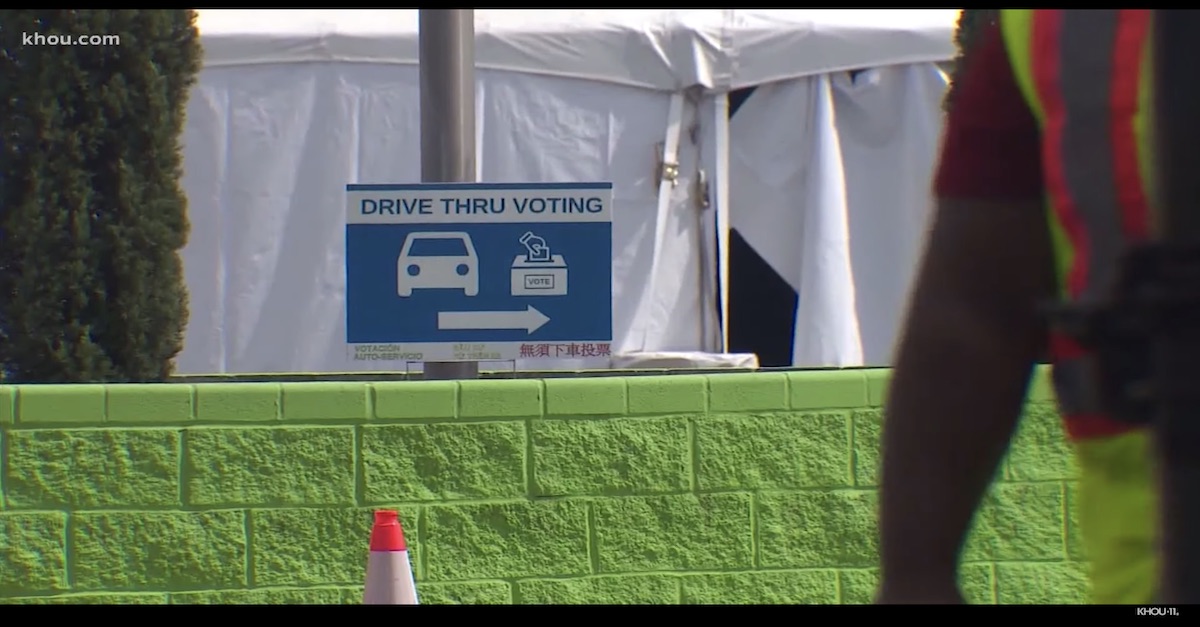 Less than an hour before Election Day, the Fifth Circuit Court of Appeals unceremoniously rejected a challenge by Texas Republicans who wanted to end drive-thru voting in Texas after initially failing to invalidate more than 127,000 legally cast ballots in district court.

Every federal and state court that has heard the Republicans’ offensive against drive-thru voting has dismissed it in turn, but they hoped their luck would change before one of the most conservative jurists on the Texas federal bench: U.S. District Judge Andrew Hanen, a George W. Bush appointee.

Putting politics aside, Hanen found none of the four proved any injury and held that voiding more than six figures of ballots would be unjust.

“To disenfranchise over 120,000 voters who voted as instructed the day before the scheduled election does not serve the public interest,” Hanen wrote in a 9-page ruling, allowing the challengers time to appeal his ruling.

Hotze, a right-wing activist, is known for peddling fringe ideas, amplifying slogans by QAnon conspiracy theorists positing a pedophile ring of Democratic Satanists, falsely characterizing the coronavirus pandemic as a “deep state” plot, and absurdly speculating as Conservative Republicans of Texas president that homosexuality in the United States was a Soviet plot to “create moral anarchy in our country” (a remark that alarmed the hate group monitors at the Southern Poverty Law Center).

He also may have notched a minor victory for his cause, even by losing his litigation. 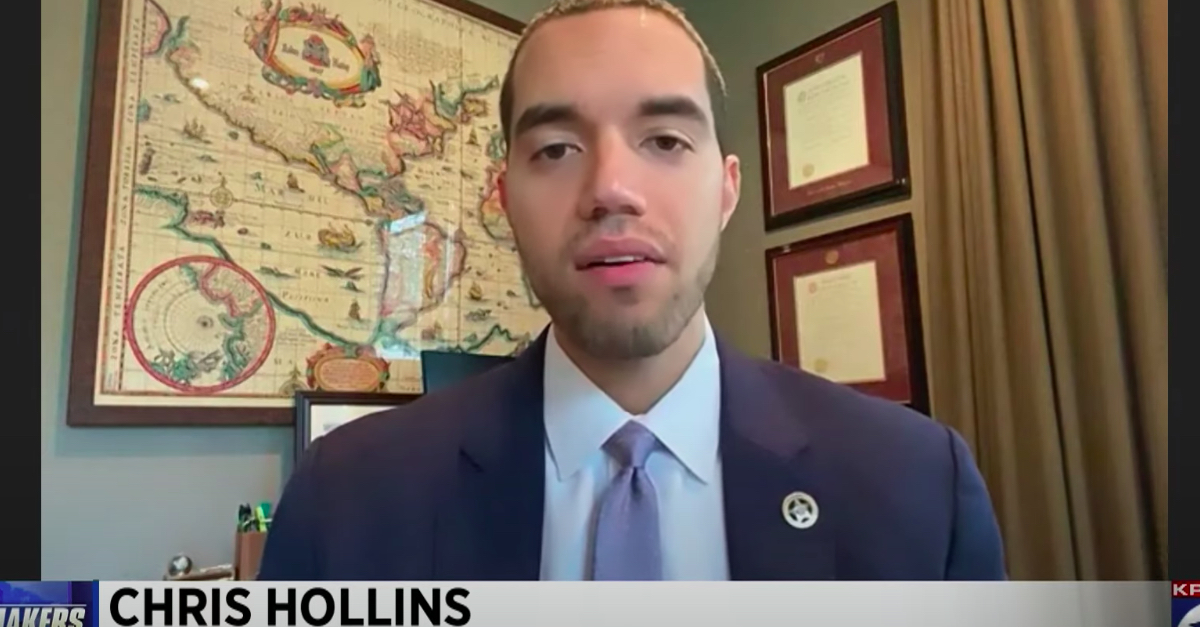 Harris County Clerk Chris Hollins (D) announced late on Monday that the only drive-thru poll site that will remain open on Election Day will be Houston’s Toyota Center, whose structure would meet any possible legal challenge.

“We know that drive-thru voting is legal, even in tents on Election Day, but it’s more important that every voter who casts their ballot can do so with the peace of mind that their votes will be counted,” Hollins told Law&Crime in a text message. “That’s why we paused services at tents and continued service at our brick-and-mortar location at Toyota Center.”

Announcing plans to pursue legislation to prevent meritless litigation from disrupting political contests in the future, Hollins continued: “We need a renewed Voting Rights Act that ensures that frivolous lawsuits meant to disenfranchise and discourage voters cannot disrupt elections in this country.”

“After this election, I will turn my attention to changing the laws of Texas and the United States to protect voting rights for all Americans,” he added.

Meanwhile, Hotze and his peers have not given up on their anti-curbside voting crusade, requesting relief from the full Fifth Circuit bench on Tuesday morning.  Stacked with six President Donald Trump appointees, the Fifth Circuit is typically one of the nation’s most right-leaning jurisdictions.