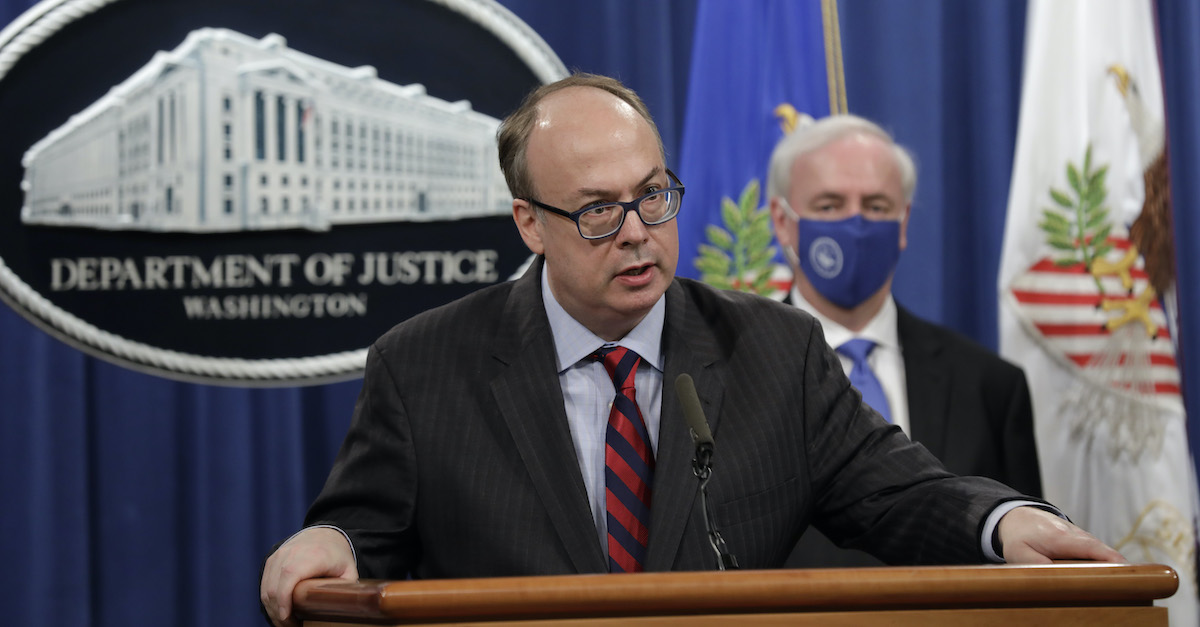 Clark is expected to take prominent focus in the Jan. 6th Committee’s hearing into Trump’s efforts to subvert the Justice Department to validate his false election fraud theories. The Senate Judiciary Committee’s Chair Dick Durbin (D-Ill.) branded Clark “Trump’s Big Lie Lawyer,” and the committee’s scathing report referred him to the D.C. Bar for an investigation into his “compliance with applicable rules of professional conduct.”

An environmental lawyer, Clark has no experience as a criminal attorney, but Trump reportedly wanted to install him to fill the void left by Attorney General Bill Barr, who called Trump’s theories “bullshit.” Jeffrey Rosen took over as acting attorney general following Barr’s resignation.

The Washington Post reported that the effort to install Clark failed after top Justice Department officials warned that the move would spark “mass resignations.”

The man who reportedly gave that warning, ex-Acting Deputy Attorney General Richard Donoghue, is one of the Jan. 6th Committee’s witnesses for Thursday’s hearing.

Another anticipated witness—Steven Engel, the former Assistant Attorney General for the Office of Legal Counsel—also reportedly threatened to resign.

The FBI did not immediately respond to Law&Crime’s press inquiry. The U.S. Attorney’s Office for the District of Columbia only confirmed that there was “law enforcement activity in the Lorton area yesterday.” Clark’s home is in Lorton, Va.

Clark’s attorney did not respond to Law&Crime’s press inquiry but The New York Times reported that the president of Center for Renewing America—a pro-Trump group stacked with his ex-administration officials, including Clark as a senior fellow—claimed the probe was political.

““This is not America, folks,” the group’s leader Russ Vought reportedly said. “The weaponization of government must end.”

The Times has reported that at least nine people have received subpoenas in connection with a fake-electors investigation. The recipients reportedly included Kelli Ward, the chairwoman of the Arizona Republican Party, and her husband, Michael.

During the Jan. 6 Committee’s fifth hearing on Thursday afternoon, three ex-high ranking Justice Department officials—Rosen, Donoghue and Steven Engel, the former Assistant Attorney General for the Office of Legal Counsel—testified that they threatened to resign if Trump installed Clark as attorney general.