Ex-White House Lawyer to Jan. 6 Committee: I Told ‘F***ing A-Hole’ Jeffrey Clark His First Official Act as Trump’s AG Would Be a Felony 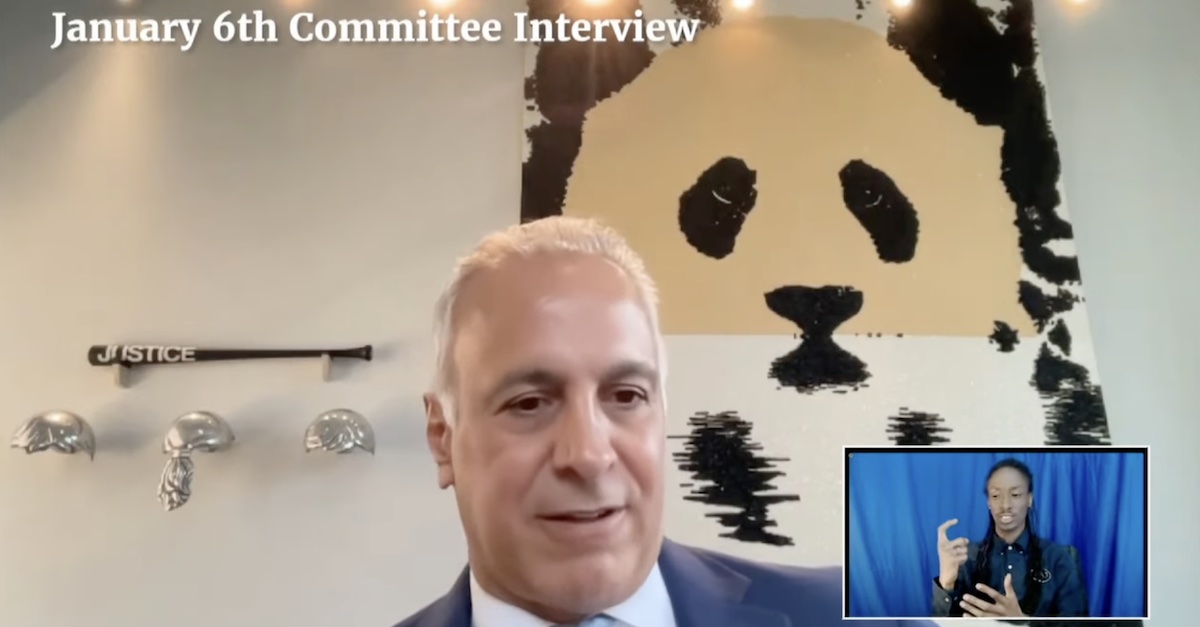 Donald Trump’s former White House lawyer testified that he told the man the 45th president wanted to install as his election-subverting attorney general that his first official act would be “committing a felony,” the Jan. 6th Committee revealed on Thursday.

“You’re clearly the right candidate for this job,” Herschmann added with heavy sarcasm, in a deposition video revealed on Thursday afternoon.

Thursday’s hearing focused on the same topic that was the focus of the Senate Judiciary Committee’s scathing report late last year: “Subverting Justice: How the Former President and His Allies Pressured DOJ to Overturn the Election.” 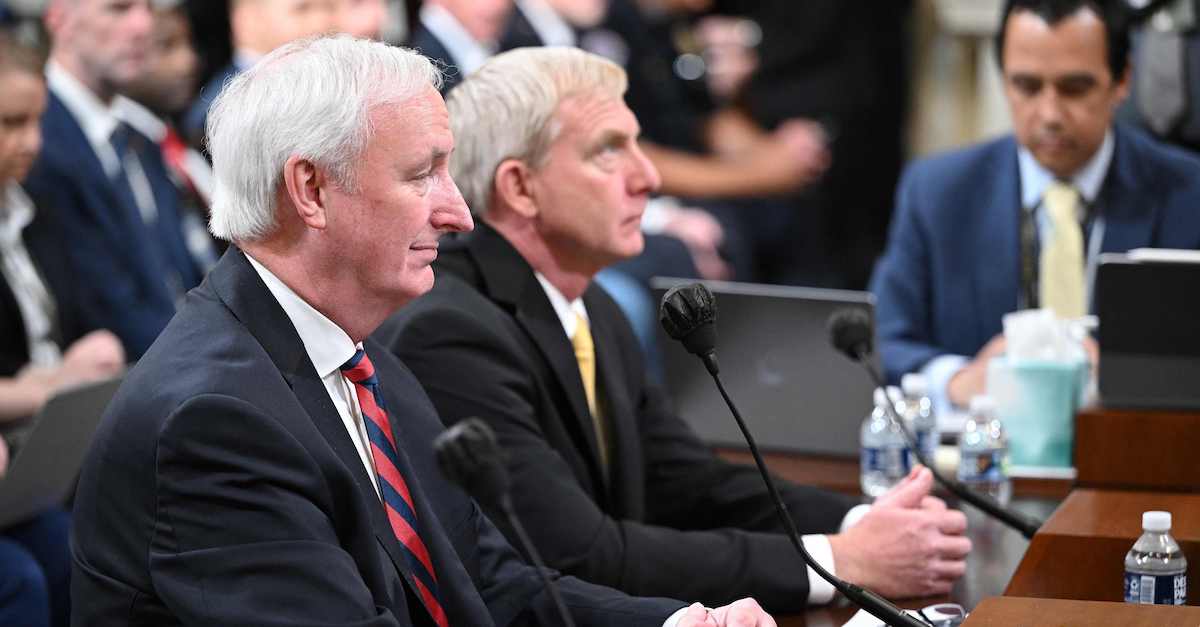 Former Acting Attorney General Jeffrey A. Rosen (L) and former Acting Deputy Attorney General Richard Donoghue (R) testify during the fifth hearing by the House Select Committee to Investigate the January 6th Attack on the US Capitol in the Cannon House Office Building in Washington, DC, on June 23, 2022. (Photo by MANDEL NGAN/AFP via Getty Images)

Donoghue testified that he told Trump time and again that his election fraud claims weren’t true.

“I felt that being very blunt in that conversation might help make it cleear to the President that these allegations were simply not true,” he said.

Prompted by Rep. Adam Kinzinger (R-Ill.), Rosen testified that he was surprised when Trump mentioned Clark’s name. Clark was an environmental lawyer with no experience in criminal or election law.

According to that prior committee, the rabbit holes Meadows wanted Rosen to investigate included aspersions on Dominion voting machines in New Mexico, where Joe Biden handily won by 99,720 votes. Meadows also wanted the DOJ to probe false claims of “signature match anomalies” in Fulton County, Georgia and the outlandish tale pushed by Rudy Giuliani called “Italygate,” the notion that the CIA and an Italian IT contractor used military satellites to manipulate voting machines and change Trump votes to Biden votes.

Dominion Voting Systems-related conspiracy theories in particular were standard fare for Sidney Powell, a key lawyer for the so-called “Kraken” litigation seeking to overturn Biden’s victories in Georgia, Michigan, Wisconsin and Arizona. A federal judge in Michigan sanctioned Powell for her tactics in that effort, and Powell is now fighting a referral seeking her suspension or disbarment.

Trump wanted to replace Rosen with Clark, his former head of the Justice Department’s civil division. Clark subscribed to what Rosen previously described as outlandish “internet theories” about voting machines behind hacked by smart thermostats.

The Washington Post recently reported that Donoghue warned of “mass resignations” if Trump put Clark in charge. Engle was reportedly another of the high-ranking Justice Department figures who threatened to resign. All confirmed that reporting in their testimony.