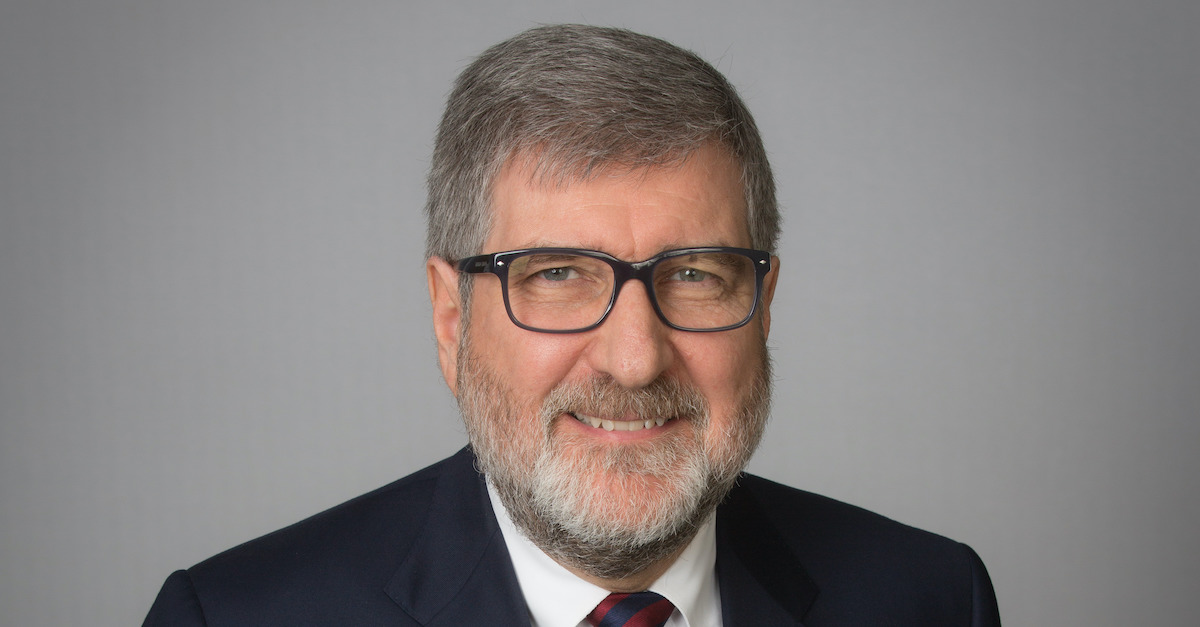 The city has called the Trump campaign’s endgame a “court-ordered coup d’état” in a legal filing and has been the lonely voice requesting that judges sanction their opponents for what the city’s lead attorney David Fink plainly describes as a campaign of “lies” and “frivolous” litigation.

The fury and indignation behind the Detroit’s litigation came to a head at a remarkable hearing on Thursday afternoon, where Fink dressed down his opposing counsel David Kallman as an emissary of a racist and anti-democratic idea.

“The motion, while frivolous, serves a purpose,” Fink remarked, referring to Kallman’s request for a post-certification audit—focusing on his majority-Black city and diverse Wayne County.

Invoking Canadian philosopher Marshall McLuhan’s famous dictum “The Medium is the Message,” Fink noted that the barrage of litigation serves the goal of weakening public confidence in the election result. McLuhan had been referring to television’s influence on the culture, no matter what is broadcast.

For pro-Trump election denialists, Fink added, filing lawsuits conveys its own destabilizing dispatch regardless of the result.

“This case is about trying to get some traction from any court about the lies that are being told,” Fink thundered, saying the Trump’s loyalists want to twist any victory—no matter how small—into fodder for a tweet to erode that faith in the democratic process.

Scrutinizing the subtext behind the drumbeat of pro-Trump lawsuits, Fink identified the subtext as: “You can’t trust Black people to count votes honestly.”

“Tens of millions of Americans are believing the lies that are being told,” he said.

Fink’s jeremiad received its full expression at a hearing before Michigan Third Circuit Judge Timothy Kenny, who previously rejected an effort by Kallman and his Great Lakes Justice Center to block certification based on conspiracy theories that the court found lacked merit. Judge Kenny’s ruling rejecting relief was affirmed all the way up to the state’s Supreme Court.

In that case, Kallman represented poll watchers Cheryl A. Constantino and Edward P. McCall, Jr. making various complaints about the Wolverine State’s election practices, none of which withstood court scrutiny. In early November, Kallman began introducing “freelance IT consultant” Mellissa Carone to the nation by submitting an affidavit from her in the case.

On Nov. 11, Carone and Kallman went on Fox Business’ Lou Dobbs Tonight for an interview.

Carone, a Dominion Voter Systems contractor, has gone viral over the last day-plus due to her SNL-like performance alongside Rudy Giuliani at a so-called hearing in Michigan on Wednesday.

Holy smokes the sequel is even better!

Rudy Giuliani tries to shush her to calm her down and the Republican even tries to reel her in!

She treats this Republican* like he’s a Chick-fil-A employee and the milkshake machine went down.

When the poll watchers’ lawsuit first went to court on Nov. 11, President-elect Joe Biden had been declared the winner only four days earlier, and the campaign to discredit his victory already felt interminable.

“It’s starting to feel a little bit like ‘Groundhog Day,'” Fink said last month, alluding to Bill Murray’s classic comedy about a TV weatherman forced to relive the same day over and over again. “But unlike ‘Groundhog Day,’ this isn’t funny at all.”

On Nov. 13, Judge Kenny found that the poll watchers (and Carone’s) “interpretation of events is incorrect and not credible.”

Some three weeks later, the nation’s existential comedy has grown darker in the style of Jean-Paul Sartre’s “No Exit,” and Fink’s frustration has grown, as reflected in the blistering style of his legal briefs and oral arguments.

“Few lawsuits breathe more lies than this one,” Fink wrote on Wednesday of a different lawsuit filed by Trump’s former lawyer Sidney Powell. “The allegations are little more than fevered rantings of conspiracy theorists built on the work of other conspiracy theorists. Plaintiffs rely on affidavits of so-called ‘experts’—really confidence men who spread lie after lie under cover of academic credential—which misstate obviously false statistics.”

Fink previously—and unsuccessfully—sought to sanction pro-Trump lawyer Mark F. “Thor” Hearne II for lying that he was only withdrawing a separate election lawsuit because Wayne County’s Board of Canvassers refused to certify the result. Both the state and the county certified the results, but the judge shrugged off the pro-Trump falsehood as heated rhetoric of the historical moment.

On Thursday, Judge Kenny did not appear likely to grant the invitation to punish the lawyers behind the case, either.

“I am looking at your case and your pleadings as if nothing else has been filed,” Kenny told Kallman, assuring the lawyer that he would look at it in isolation.

Kallman characterized his request more innocently as an attempt to avail himself of an addition Michigan’s constitutional code allowing audits, but he conceded that the statute does not grant the emergency consideration that he requested.

Attorney Mary Ellen Gurewitz, representing the state’s Democratic party, did not flinch from using the label.

“What we’re doing here is dealing with escalation of the racist attacks against the city of Detroit,” she said in court, identifying the source of those attacks as a handful of charities like the Great Lakes Justice Center, Thomas More Society, and American Freedom Law Center.

Michigan’s Secretary of State Jocelyn Benson (D) publicly announced that she will audit the results, leaving Fink focused on the post-modern aspect of the litigation that he had pondered with McLuhan.

“The request is completely moot,” Fink noted. “The Secretary of State has said there will be an audit, and now they come to court and say ‘We want an audit!'”

Judge Kenny promised to issue a ruling by Dec. 8, the so-called “Safe Harbor” deadline to resolve legal disputes before the selection of electors. No ruling that he could give would be expected to alter Biden’s victory.