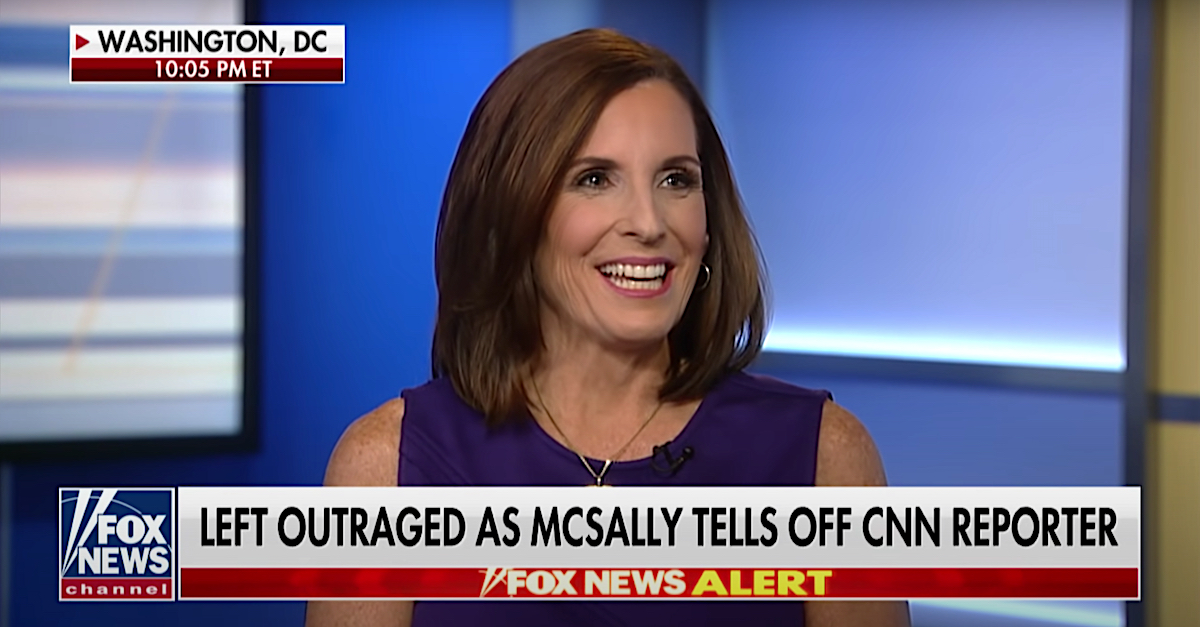 A deputy campaign manager for former U.S. Senator Martha McSally (R-Ariz.) has pleaded guilty to stealing more than $115,000 from the senator’s campaign war chest in 2018 and 2019, the U.S. Department of Justice announced on Friday.

McSally, a former fighter pilot and later an ardent supporter of former president Donald Trump, served in the House of Representatives before she was appointed by Arizona Gov. Doug Ducey to serve the remainder of Republican Sen. Jon Kyl‘s U.S. Senate term in 2018. Kyl served a second but brief stint of less than four months in the upper chamber to fill in after the death of Arizona Sen. John McCain (R). Kyl resigned, paving the way for Ducey to appoint McSally into the position.  McSally then ran for office to fill the senate seat being vacated by Jeff Flake (R), but she lost to former astronaut Mark Kelly, a Democrat, in the 2020 election. She initially refused to concede to Kelly even though she had conceded losses in previous election years.

While in office, McSally stirred up controversy when she called CNN’s Manu Raju a “liberal hack” after Raju asked her about evidence supporting Trump’s first impeachment.  She lobbied Trump for COVID-19 ventilators in the early stages of the pandemic.  McSally — or perhaps a staffer — also got caught posting fake compliments to her own online messages.

Now, a former deputy campaign manager and campaign consultant, Anthony Barry, 33, of Yorkville, Ill., admits he  “fraudulently direct[ed]” McSally’s campaign “to make payments to him beyond what he was owed for his salary and had the fraudulently obtained funds deposited into his personal bank account,” the DOJ said in a news release.

“Barry pleaded guilty to an information charging him with one count of unlawful conversion of campaign funds,” the DOJ continued.

A more thorough description of Barry’s admissions of guilt are contained within the plea agreement. 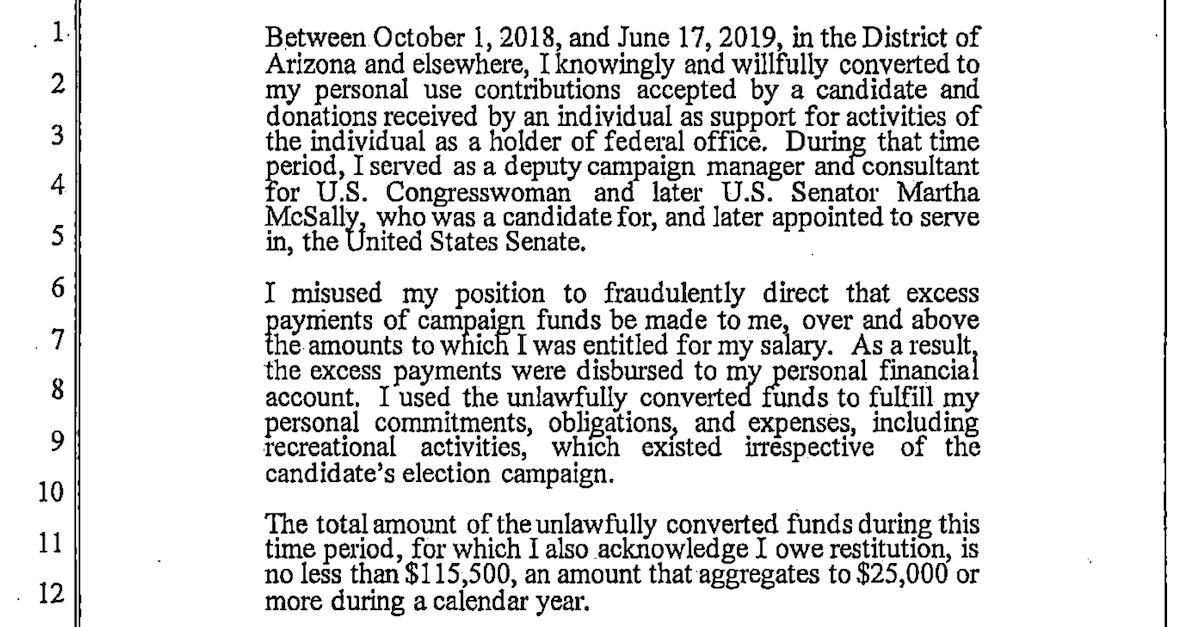 The docket in the case in U.S. District Court for the District of Arizona indicates the core thrust of Barry’s legal matters were commenced and concluded in one single day.  A charging information, a waiver of a grand jury indictment, and a plea document were all filed Friday, May 7.  Sentencing is scheduled for July 6.  Though Barry faces a maximum prison term of five years, the government is recommending a lesser punishment.

[image via screengrab from Fox News/YouTube]