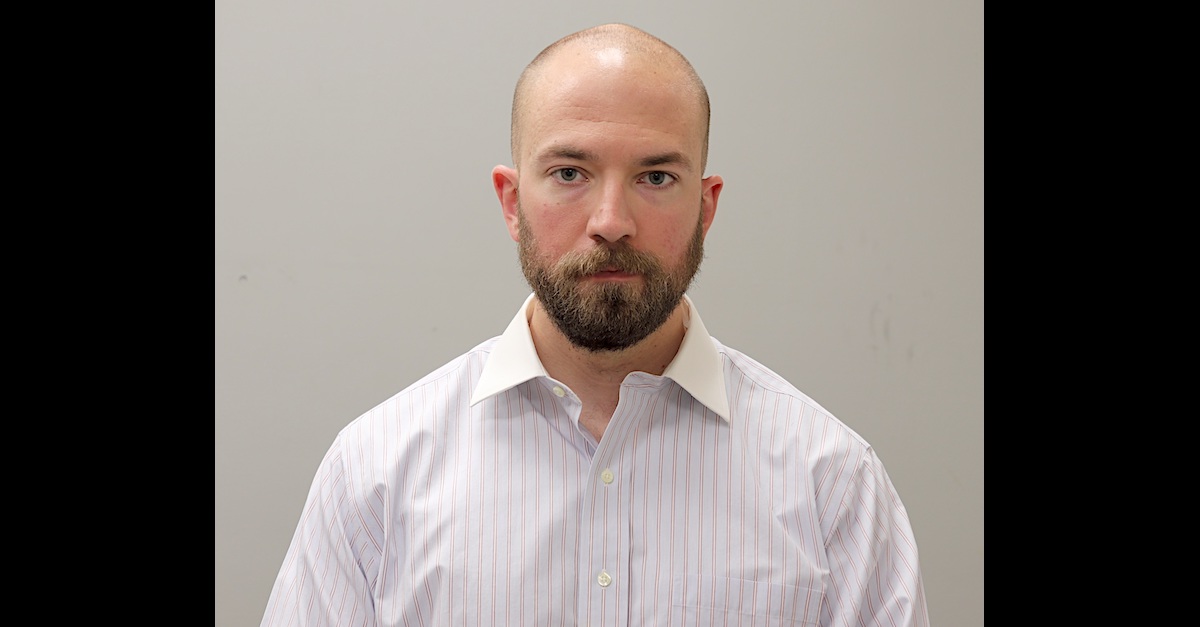 An Alabama jury on Friday convicted Huntsville Police Officer William Darby of murdering a suicidal man in April 2018. That man, Jeffery Parker, 49, was holding a gun to his head in his own home while talking to another police officer, according to a report by local CBS affiliate WHNT-TV.

Parker told a 911 operator that he planned to kill himself, the report said. Darby maintained that he fired on Parker to protect his fellow officer from a dangerous situation.

Prosecutors disagreed. They maintained that Darby was the aggressor. The jury agreed with the government.

Deliberations began in Madison County on Thursday but needed to resume anew on Friday morning, the station said. A juror with a medical issue had to be replaced by an alternate. The final jury reported about two hours before issuing a guilty verdict.

Jail records cited by The Huntsville Times and reviewed by Law&Crime indicate that Darby left the Madison County Jail after posting a judge-ordered $100,000 bond at 2:15 p.m. Friday — two hours and eighteen minutes after he was booked. Such a post-conviction, pre-sentencing release is contemplated by Alabama’s bail rules, even in murder cases.

“We believed in this case,” District Attorney Rob Broussard said after the verdict. “I’m not saying it’s a pleasant day for us in the office, but it’s a day that justice dictated . . . the facts of the case bore out that there was nothing justified about this encounter with Mr. Parker, and justice was served.”

“I think everybody always talks in their living room about, ‘I wish I was on that jury; I wish I could weigh in on that,’ but when people are put to it, you realize kind of the gravity of the moment for all involved, and I really do commend the jury for the hard work they’ve done,” the prosecutor continued. “It’s a different dynamic than what we normally have to encounter because you have had a police officer who is a defendant in this case. But we, up here, we don’t push any particular agenda. We’re in pursuit of justice, always, no matter who the character involved is.”

An attorney representing the victim’s family thanked the prosecutor for “pursuing justice.”

Huntsville Police Chief Mark McMurray released a statement to several local media outlets which said his department was “in the first stages of shock.” McMurray also directly disagreed with the jury’s verdict in a thinly softened rebuke.

“While we thank the jury for their service in this difficult case, I do not believe Officer Darby is a murderer,” McMurray said. “Officers are forced to make split-second decisions every day, and Officer Darby believed his life and the lives of other officers were in danger. Any situation that involves a loss of life is tragic. Our hearts go out to everyone involved.”

“We recognize this was a hard case with a lot of technical information to process,” Battle said. “Officer Darby followed the appropriate safety protocols in his response on the scene. He was doing what he was trained to do in the line of duty. Fortunately, Officer Darby has the same appeal rights as any other citizen and is entitled to exercise those rights.”

The missives stand in stark contrast to those issued by other officials who have been confronted with high-profile cases, most of whom simply state that they respect the jury’s decision — even if (and especially when) their side lost.

The right to a trial by jury is enshrined in both the Alabama and the U.S. Constitutions.

Defense attorney Robert Tuten promised an immediate appeal and predicted that this case would be a game-changer for police officers in the Heart of Dixie.

“Everyone is shocked by the jury’s verdict,” Tuten said.  “While we appreciate their hard work and will give their verdict the respect that it deserves, we still disagree with their decision. Officer Ben Darby will appeal this verdict. Once reviewed at the Appellate level, this verdict will not stand. Officer Darby’s case is extremely important to all Alabama Law Enforcement. This case will clarify Alabama law regarding on-duty police shootings and will impact the way law enforcement protect Alabamians and perform their duties. We look forward to the appeal of this case.”

Darby remained on the force while he was on trial, but he was assigned to handle administrative work only.

The city council voted to shell out money for Darby’s defense while saying Darby was “within the line and scope of his duty” — but hadn’t even seen body camera footage of what happened, the local newspaper reported.

Officer Genisha Pegues testified at trial that she and officer Justin Beckles arrived at Parker’s home before Darby arrived on the scene.  Pegues saw Parker holding a gun to his head. She testified that she tried to “de-escalate the situation” while “standing in a doorway,” WHNT reported (quoting the station, not the testimony verbatim).  Her gun was “drawn but not pointed at Parker.”

Darby arrived with a shotgun.  According to Pegues, he “yelled at Parker to drop his gun” and “yelled at her to point her gun at Parker,” the report continued (again, quoting the station, not the testimony).

Body camera footage quoted by the newspaper said Darby ordered Pegues to “point your fucking gun at him.”

“Pegues said Parker remained calm after Darby arrived and kept his gun pointed at his own head,” the TV station’s reporting continued.  “She testified that she told Parker to lower his weapon because she didn’t want anything to happen to him, and Darby shot him in the face seconds later.”

Darby said in an official statement to his department that he initially believed Pegues didn’t have adequate cover and wasn’t properly protecting herself.  He said in that internal interview that he wasn’t going to “second guess” his actions.

According to WNHT, Darby testified that he believed Parker was an “imminent threat” to all three officers on the scene.  He said he “made the conscious” decision to take over the scene.  When he ordered Parker to put down the gun, Parker said no; when the gun moved, Darby fired.

Jurors watched body camera video of the confrontation which portrayed the fired gunshot.

According to NBC affiliate WAFF-TV, defense experts testified that even with officers’ weapons trained on Parker, if Parker wanted to shoot first, he would have been able to done so.  Jurors apparently discredited that testimony.

Darby tried to claim he was immune from prosecution because he was acting in self defense.  At an immunity hearing, a judge disagreed and bound Darby over for trial.

Seven men and five women were on the jury.

[mugshot via the Madison County, Ala. Jail]