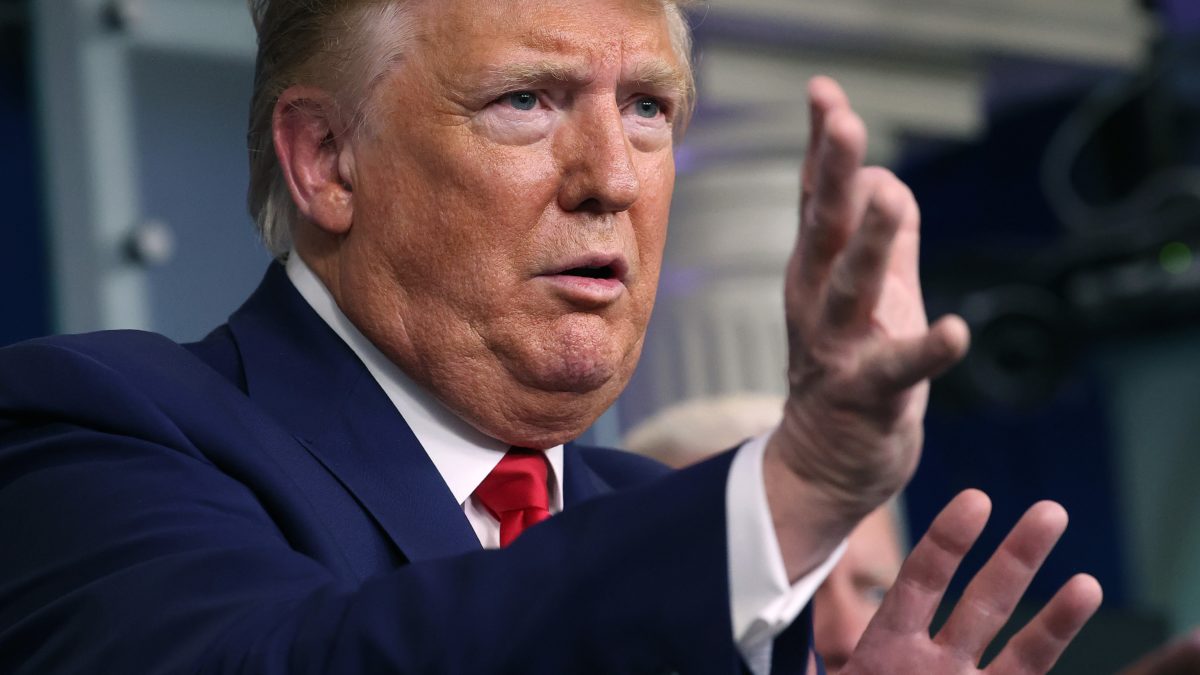 For the second time this week, President Donald Trump granted a vulnerable Republican lawmaker’s request to provide their state with ventilators, leading critics to attribute political motivations to the president’s allocation of scarce life-saving medical resources.

Arizona’s Republican Gov. Doug Ducey on Friday declared that the state had secured 100 ventilators from the federal government’s Strategic National Stockpile to help the state respond to an expected spike in COVID-19 coronavirus cases. In announcing the acquisition of the lifesaving equipment, Gov. Ducey specifically thanked President Trump for providing the machines and thanks Sen. Martha McSally (R-Ariz.) for lobbying the president on the issue.

“Huge news for Arizona! I spoke with [President Trump] on Wednesday afternoon to request additional ventilators from the Strategic National Stockpile,” McSally wrote. “Today, POTUS delivers with 100 ventilators headed to AZ. Thank you to President Trump and [Vice President Mike Pence] for hearing our call.”

Huge news for Arizona! I spoke with @realDonaldTrump on Wednesday afternoon to request additional ventilators from the Strategic National Stockpile. Today, POTUS delivers with 100 ventilators headed to AZ. Thank you to President Trump and @VP for hearing our call. https://t.co/A7gA8yiGvZ

As previously reported by Law&Crime this week, the Trump administration also stopped Colorado’s Democratic Gov. Jared Polis from privately purchasing 500 ventilators, claiming them for the National Stockpile. Trump then announced on Wednesday that he was sending Colorado 100 of the ventilators, but in doing so, the president made it clear that he was doing so at the request of Republican Sen. Cory Gardner.

Both Colorado and Arizona are considered swing states in the upcoming 2020 election and Sens. McSally and Gardner are both in toss-up elections that hold the Senate majority in the balance.

Trump critics on the left were quick to point out that the president, who has clamored for praise regarding his response to the virus on many occasions, appeared to be strategically doling out the National Stockpile’s equipment to states where Republican lawmakers could use a political boost.

“In these tough times, I’m going to send a donation to Mark Kelly because the idea that Trump is using life-saving ventilators to boost the prospects of vulnerable Republican senators is the gutter politics we need to end this November,” Tanden commented.

MSNBC analyst and former director of the Justice Department’s public affairs office Matthew Miller went as far as to say that Trump was using the National Stockpile as a “ventilator slush fund.”

“So the national stockpile has essentially been turned into a ventilator slush fund for Trump to bestow on GOP Senators up for re-election,” Miller wrote. “Unless you think Trump would also do this for [Democratic Senator from Alabama] Doug Jones.”

So the national stockpile has essentially been turned into a ventilator slush fund for Trump to bestow on GOP Senators up for re-election. Unless you think Trump would also do this for Doug Jones. https://t.co/sRrM6VbTXd

When “the campaign is on life support” becomes literal. https://t.co/Pv6BkBVZyN

So if you suck up to Trump, then you get ventilators?… https://t.co/WlSNqCtfRA