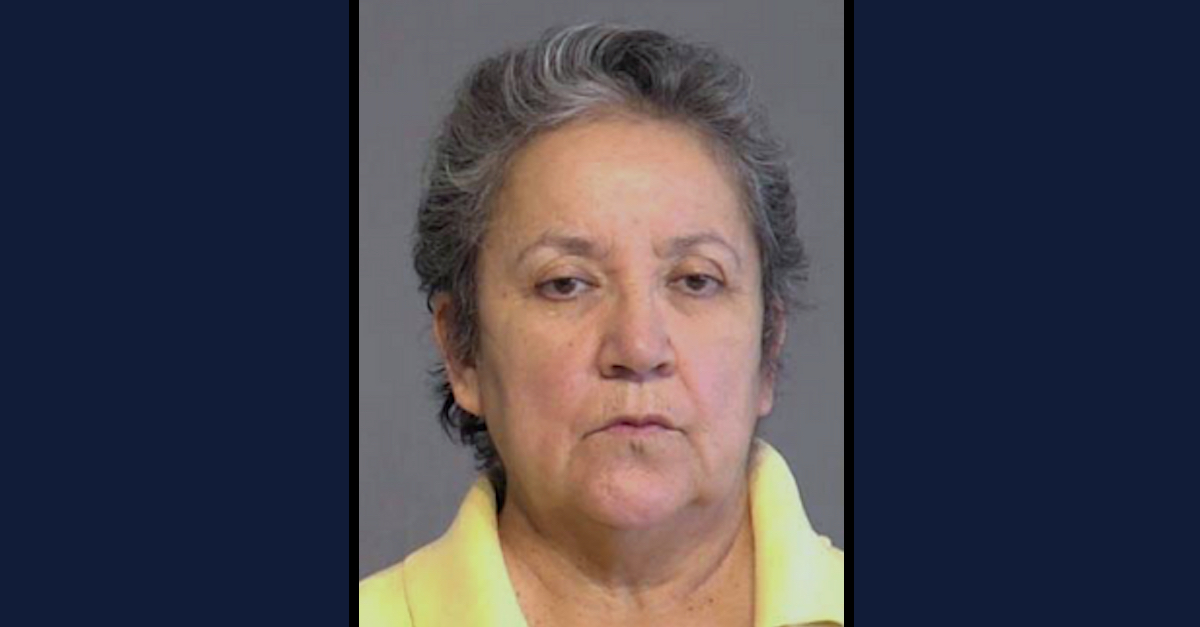 A former Arizona mayor and current school board member has been sentenced to spend 30 days in a county jail — and then another two years on probation — after she admitted to harvesting a sum total of four ballots during an August 2020 primary election.

Guillermina Fuentes (D), the former mayor of San Luis and a resident of that city, admitted to a “ballot harvesting” scheme “where early ballots from other voters were collected and deposited into a ballot box on primary Election Day,” according to a press release from the office of Arizona Attorney General Mark Brnovich (R).

The specific crime alleged and admitted was one count of ballot abuse, which is a class 6 felony — the lowest felony level in the Grand Canyon State. Generally, under Arizona law, class 6 felonies are punishable by probation or a sentence of between four months and 5.75 years. Prosecutors can also charge class 6 felonies as misdemeanors if they so choose.

Judge Roger A. Nelson ordered the defendant to surrender by 6:00 p.m. on Saturday to begin serving the 30-day sentence in the Yuma County Jail, the AG’s office said. The sentence is “not subject to potential early release or work furlough,” the office noted.

“The defendant acknowledged responsibility for carrying ballots for someone else,” Nelson read in court, according to an Associated Press report. “However, she stated, ‘I’m not a criminal.'”

Character witnesses reportedly spoke well of Fuentes as a businessperson and as a political leader in the small border city she once led. However, the judge reportedly turned those statements against the defendant and said, in essence, that she should have known better.

“You have been a leader in the San Luis community for a long time,” Nelson is said to have continued. “People look up to you, people respect you, and they look to what you do.”

What she did was admit to picking up four completed mail-in ballots “from acquaintances” around town, according to the AP, and then giving them to Alma Juarez.

The factual portion of Guillermina Fuentes’ plea document was one paragraph long.

The handoff happened while Fuentes was manning “a table outside a polling place where she was urging people to vote for a slate of city council candidates,” the AP said.  “Juarez carried [the four ballots] inside and put them in a ballot drop-off bin.”

Juarez, also of San Luis, was also charged with the same offense. In a separate Thursday proceeding, Judge Nelson ordered Juarez, who also pleaded guilty, to serve 12 months on probation but did not order a jail term, according to the AG’s office.

The legal issue was that the duo carried ballots without being part of an enumerated list of people qualified to do so.

“Arizona law only provides for a family member, household member, or caregiver of the voter to collect voted or unvoted early ballots from another person,” the AG’s office said.

Prosecutors reportedly pushed for a one-year jail term for Fuentes. The judge did not agree with that suggestion.

The AP called the matter the “sole case of ‘ballot harvesting’ ever prosecuted in the state.” (Both defendants appeared on the same indictment, so the matter technically involved one case.)

The factual scenario, according to the wire service, was complex. The ballots in question were mail-in documents, but mail is reportedly not delivered in San Luis, a city of 25,000 people that sits squarely in the southwest corner of Arizona. It is bordered on both its west and south by Mexico.

Rather than receive mail in traditional fashion, residents generally obtain their letters from the post office, the AP said. That becomes tricky because many “earn low incomes and do not own cars, making trips to the post office a challenge,” the AP reported, citing information from the Arizona Voter Empowerment Task Force.  That group criticized the jail term handed down against Fuentes.

According to an earlier press release, the attorney general’s office had formerly accused Fuentes of ballot forgery and conspiracy.

A since-scuttled indictment once alleged that Fuentes “conspired to obtain and vote the early ballot of another individual in the August 2020 Primary Election,” the AG’s office said more than a year ago on Oct. 5, 2021.  “The indictment further alleges that Fuentes knowingly signed the individual’s name on an early ballot envelope, and that she allegedly violated another part of the Ballot Abuse law by marking the individual’s ballot.”

The Associated Press reported that prosecutors rubbished those allegations along the way and left only the sole low-level felony count on the table.

Still, the judge addressed “rumors” of broader ballot malfeasance at sentencing, the AP said.  The judge reportedly reiterated that “everybody” in local politics knew the law had changed and that only certain parties could carry other people’s ballots.

The four ballots that became the subject of the probe had been lawfully filled out and were indeed counted, the wire service noted.

Because of her conviction, Fuentes must give up her school board seat and cannot run for office unless other legal processes occur at the completion of her sentence, the AP added.

The various indictments and the defendants’ plea agreements are here.