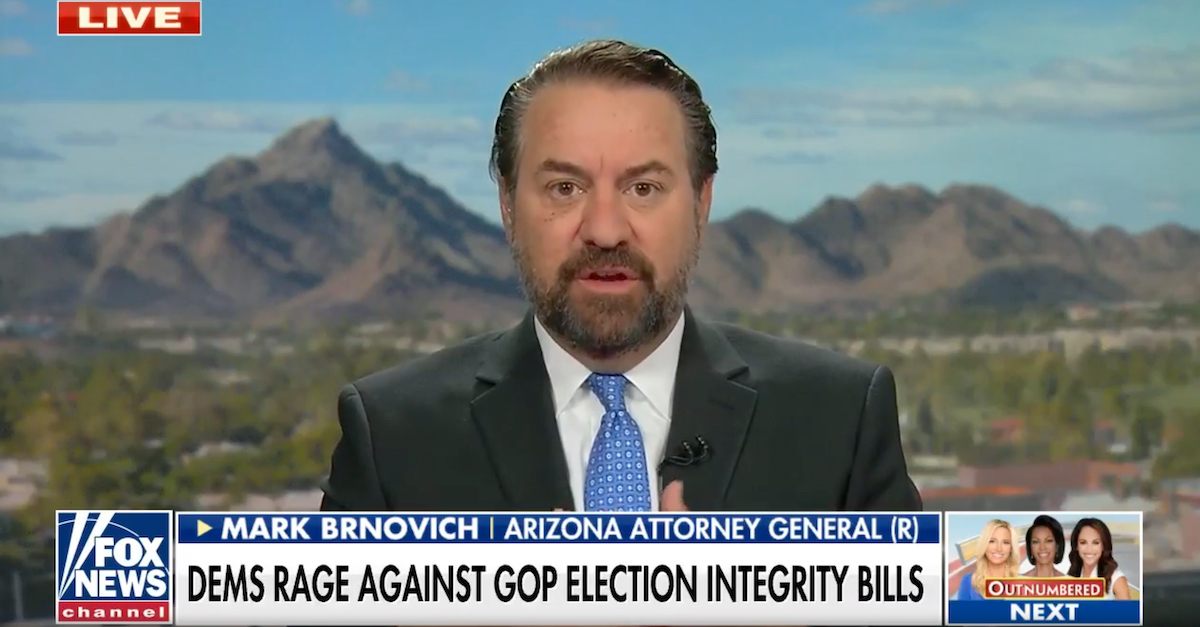 The office of Arizona Attorney General Mark Brnovich (R) has asked Arizona Secretary of State Katie Hobbs (D) to hand over “potential evidence of illegal voting.” That’s according to a Friday evening report by the Arizona Republic, the state’s largest newspaper.

Hobbs had previously asked Brnovich to investigate a so-called “pressure campaign” by former President Donald Trump‘s allies to shut down vote counting in the Grand Canyon State as Joe Biden‘s numbers began to pull ahead of Trump’s, the newspaper report noted.

The request for documents from the AG’s office to the Secretary of State’s office came by way of an email from Assistant Attorney General Jennifer Wright.

“The (attorney general) has not received any information from your office regarding potential double voting in the 2018 or 2020 election,” Wright wrote, according to the Republic.  “Notably, this is the first time in over a decade the AGO has received no referrals from the Secretary of State regarding double voting.”

“Additionally, please provide any and all records your office possesses related to potential violations of Arizona’s election laws,” the email continued.

The latter is apparently a reference to the so-called “pressure campaign.”  The newspaper previously reported that Trump lawyer Rudy Giuliani and Arizona GOP Chairwoman Kelli Ward “reached out to Maricopa County officials to try to influence the election outcome.” Hobbs characterized the campaign as having involved “clear efforts to induce supervisors to refuse to comply with their duties.”

Ward has rubbished any alleged connection to any alleged plot to the influence the election as “BS” on Twitter, the newspaper duly noted.

No one can ever say that I am not doing everything I can to assure #ElectionIntegrity. And I always will! #ProudAmerican 🇺🇸

Hobbs’ office told the Republic that it had not yet turned over the requisite illegal voting data to Brnovich’s office because it had not yet received a necessary report from an “organization that works with states across the nation to help identify potential incidents of double voting.” 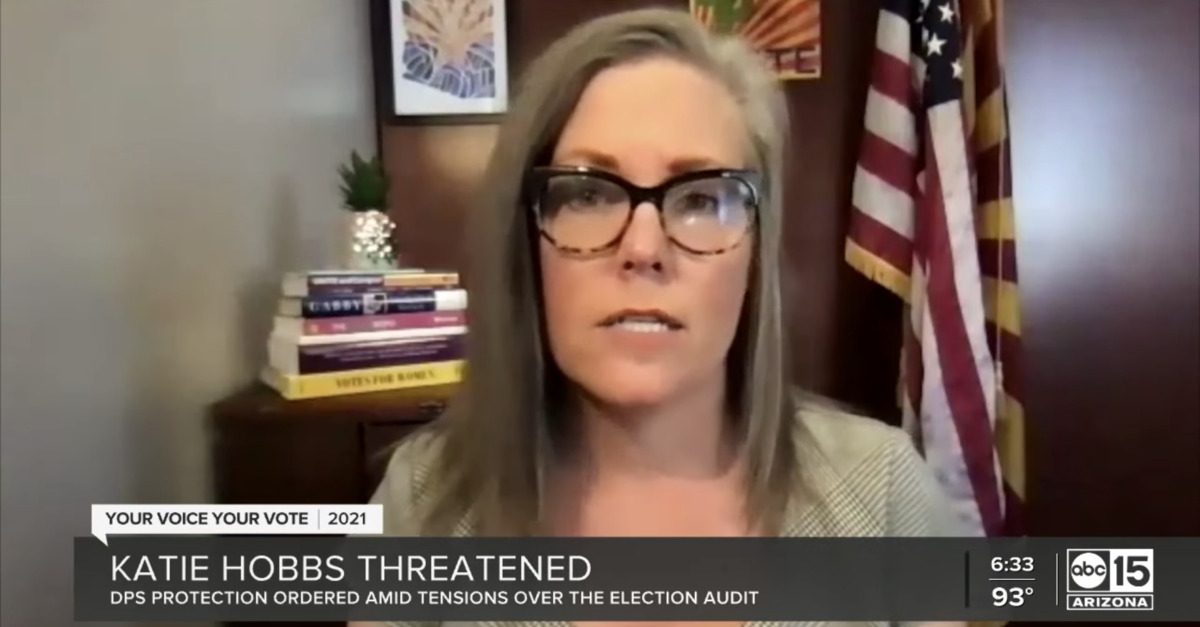 Brnovich has increasingly ramped up his own election rhetoric.  He has been slammed by Trump for suggesting Trump’s loss was result of split ticket voting, not election irregularities.  Brnovich has also previously been less than enthusiastic about an audit of his state’s election results.

But now, Brnovich is sparring with U.S. Attorney General Merrick Garland over Garland’s warning that the federal Department of Justice may need to step in and police Arizona’s elections.

Brnovich said in a Friday Fox News appearance that there was a stark difference between limiting “voter participation” and ensuring “voter integrity” — and slammed Democrats for failing to see that both can exist simultaneously.

Refusing to let his stinging loss remain in the past, Trump on Thursday pummeled Arizona’s election procedures and called for the state’s election results in favor of Joe Biden to be “decertified.”  He also claimed that a Maricopa County Election Audit was in the process of revealing “devastating news to the Radical Left Democrats and the Biden Administration.”

[I]t seems that 74,243 Mail-In Ballots were counted with “no clear record of them being sent.” There were 18,000 voters who were scrubbed from the voter rolls AFTER the election. They also revealed that the voting system was breached or hacked (by who?). Very big printer and ballot problems with different paper used, etc., and MUCH MORE.

The irregularities revealed at the hearing today amount to hundreds of thousands of votes or, many times what is necessary for us to have won. Despite these massive numbers, this is the State that Fox News called early for a Biden victory. There was no victory here, or in any other of the Swing States either.

Maricopa County refuses to work together with the Senate and others who are merely looking for honesty, integrity, and transparency. Why do the Commissioners not want to look into this corrupted election? What are they trying to hide? The highly respected State Senator Wendy Rogers said in a tweet the hearing today means we must decertify the election. In any event, the Senate patriots are moving forward with final results to be announced in the not-too-distant future, but based on today’s hearing, why even wait?

Trump admitted that the results of the audit, as announced by the state senate, were “preliminary.”  But as the foregoing points out, he doesn’t think that matters.