Almost All Press Were Initially Denied Access to Court Hearing on GOP’s Effort to Discard 126,000 Drive-Thru Votes in Texas 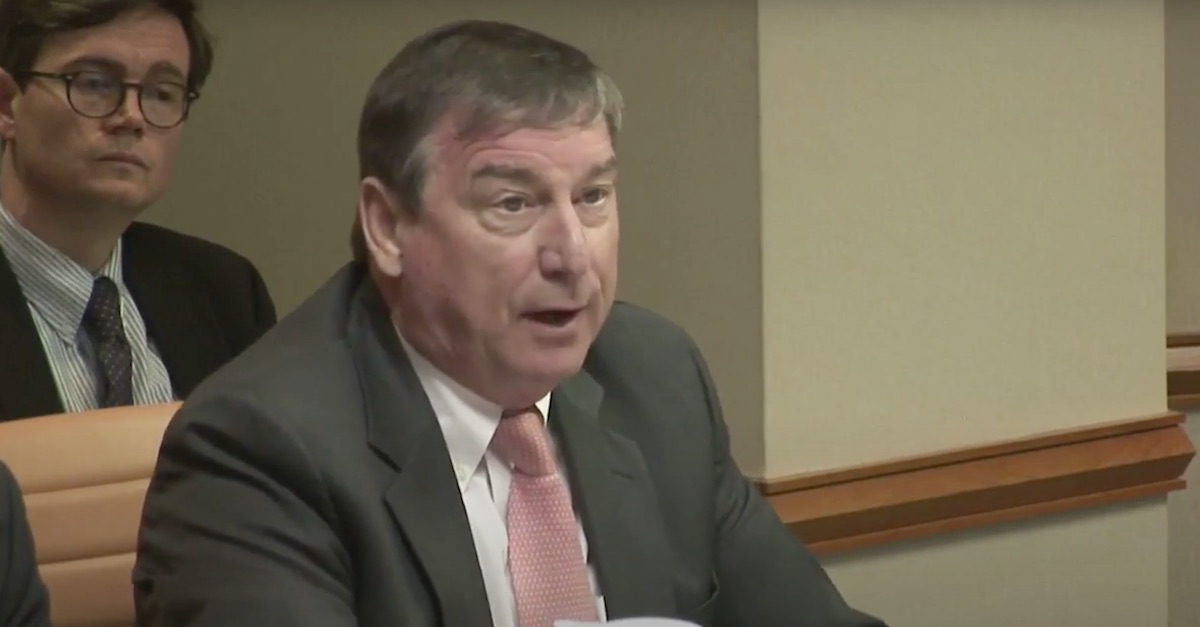 The day after the highest court in Texas dismissed a challenge against drive-thru voting, the Republican-led challengers went to court to invalidate some 126,000 ballots one day before the presidential election in an unexpected battleground state. The vast majority of the press and public was not there to see or hear the proceedings, however.

Pandemic-related security measures prevented in-person access for reporters and the public live and inside court, leading the Southern District of Texas to set up a call-in line to connect to the hearing. After some 15 minutes of grainy static, that phone line booted its participants, and no further information was immediately made available to reporters (though that would change).

These are the remarkable events to led to what was initially a de facto closed session of a significant federal election hearing before U.S. District Judge Andrew Hanen, widely described as one of the most conservative federal jurists on the Texas bench. That changed somewhat as the hearing went on, but call quality remained low.

Texans started hitting the polls in droves on Oct. 13, the date when early voting began.

At more than 9.7 million early ballots, Texas became the second state last week to surpass its 2016 voting percentages before Election Day. (Hawaii was the first.)

The Texas Republicans behind the lawsuit want to take a 126,000-vote slice out of that record in Harris County, which has seen a surge in voting following a $31.4 million investment in election infrastructure.

“By indiscriminately encouraging and allowing any and all Harris County registered voters to cast their ballots via curbside drive-thru voting, Defendant is violating both federal and state law, and plaintiffs will suffer irreparable injury if such ultra vires action is not stopped,” attorney Jared Woodfill wrote in an 18-page complaint.

Every state court that heard the argument in Texas disagreed, leading the Republican-led quest to discard more than a hundred thousand votes to migrate to federal court.

Their lawsuit landed on the docket of U.S. District Judge Andrew Hanen, a George W. Bush appointee described by The Washington Post editorial board as “ultra-conservative.”

Attorney Marc Elias, an election lawyer for Democrats and former general counsel for Hillary Clinton during her past presidential candidacy, has pushed back against this and other Republican-led efforts to stymie the expansion of mail-in ballots and other measures designed to help U.S. voters cast their ballots safely during a pandemic.

Together with his colleagues at the law firm Perkins Coie, Elias noted that his opponents turned to federal courts after the highest court in Texas found their claims meritless enough to dismiss without comment.

“Worse yet, plaintiffs ask this court to throw Texas’s election into chaos by invalidating the votes of more than 100,000 eligible Texas voters who cast their ballots at drive-thru voting locations at the invitation of county officials and in reliance on the Texas Supreme Court’s decision to allow drive-thru voting to proceed,” Elias’s co-counsel Skyler Howton, from the Dallas office of the firm Perkins Coie, wrote in an 11-page motion to intervene.

The lack of courtroom access was evident before the hearing, as dozens protested across the street from the courthouse, chanting “Count Every Vote.”

“My two daughters drove in from college in Mississippi to vote in their very first election,” Candis Houston, the president of the the Aldine American Federation of Teachers, told Law&Crime during the protest.

Houston and her daughters chose drive-thru voting because one of her children tested positive for COVID-19.

Law&Crime is on the scene at the hearing, hoping to learn more information about proceedings from the parties as they exit the courthouse.

Editor’s note: this story was updated to reflect that the hearing was eventually made more accessible.