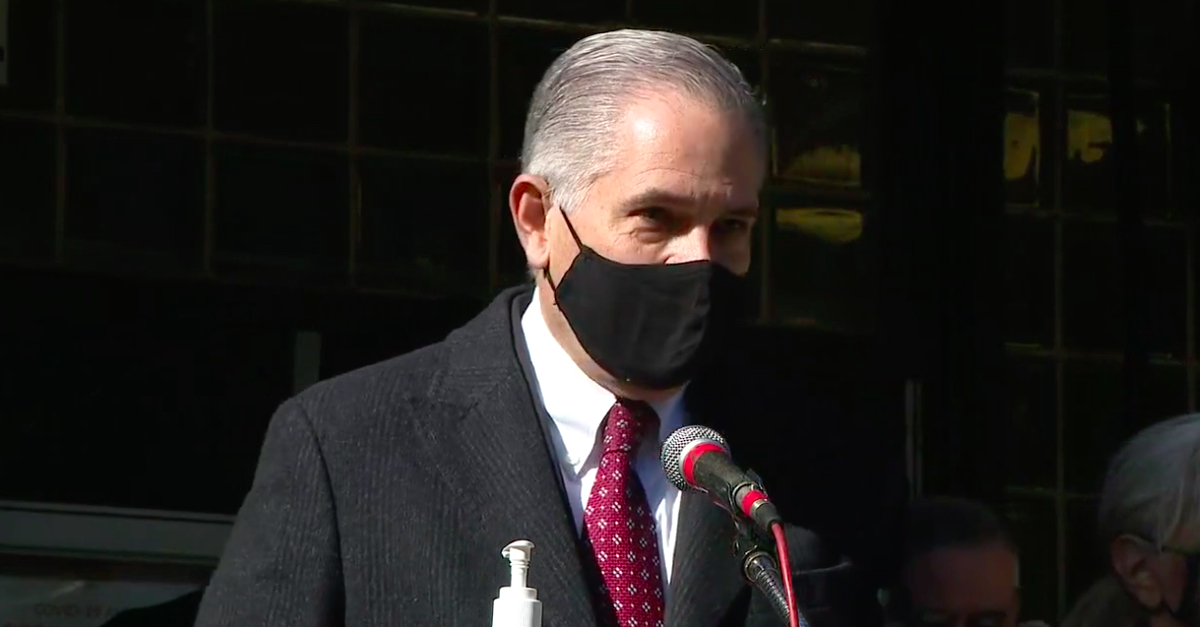 Progressive Philadelphia District Attorney Larry Krasner (D) promised serious repercussions for anyone who attempts “steal votes” in the City of Brotherly Love, laying out his office’s zero tolerance policy for such conduct during a Monday press conference.

Standing alongside several other city officials, Krasner said Philadelphia has put together the largest Election Day task force in the history of the District Attorney’s Office, noting that the city is on track to have one of its largest turnouts ever. Though he said there have been very few problems reported thus far, Krasner vowed that Philadelphia officials would remain vigilant and ensure that all valid ballots are counted.

Krasner said that based on events that have unfolded in other states, the city has to remain alert and anticipate some of the problems election officials may face on Nov. 3. But overall he said he expected a “very smooth and very seamless day.” The district attorney then levied a serious threat against anyone who may be planning to disrupt voting in Philadelphia.

“The Philadelphia District Attorney’s Office has prepared a detailed memo for our law enforcement partners, including the police department, specifying the many different crimes that are specialized and may occur on election day when people try to intimidate votes, when they try to block people from voting, when they try to engage in other sorts of coercive behavior, and we are prepared to enforce them,” Krasner said. “So if you are planning, in Philadelphia, to try and steal our votes, I got something for ya. I got a jail cell, I have charging papers, and when you get to the end of the process I have a Philadelphia jury that you can tell why you thought it was okay to steal their votes. This is the cradle of liberty and nobody is going to steal that from us tomorrow or any other day.”

In 2016, Hillary Clinton handily defeated Donald Trump in Philadelphia—taking more than 80-percent of the total vote.