UCLA Student and Self-Described Fascist Bragged He Wouldn’t Be Caught for His Role in U.S. Capitol Siege: Affidavit 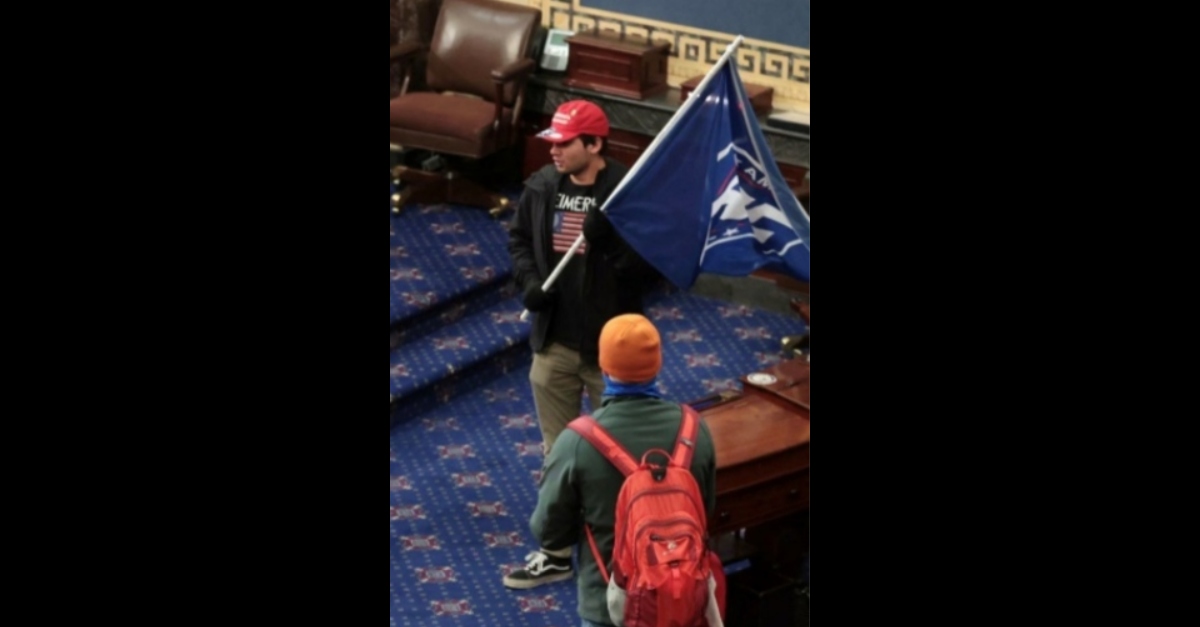 A self–described fascist who attended the University of California, Los Angeles was one of the people who sat in the vice president’s chair in the Senate chamber during the U.S. Capitol siege, according to an affidavit from the Federal Bureau of Investigation.

In documents, authorities say tipsters stepped forward to identify Secor as the suspect wearing what the FBI described as a black jacket, black gloves, tan pants, a Make America Great Again hat featuring several stickers, and a T-shirt featuring “an adulterated American flag” with the letters “IMER” visible. He carried around a blue flag featuring the phrase “America First.”

Secor allegedly bragged about getting away with his actions at the U.S. Capitol. Pictures and footage placed Secor in areas including the Senate chamber, the Capitol Building hallways, and the Rotunda, according to the affidavit.

Supporters of then-President Donald Trump raided the premises on January 6 after he continued to lie that he actually won the 2020 presidential election, and that it was being stolen from him. They postponed but did not prevent Congress from counting Electoral College votes weighing in favor of winner Joe Biden. Five people died in the chaos, however: four Trump supporters and one Capitol police officer. Another Capitol officer, a D.C. Metro officer, and a siege defendant died by suicide mere days after the incident.

Officials claimed Secor was among a group of rioters trying to push through a doorway blocked by “no less than three police officers.” The group succeeded in opening the double doors, which let in dozens of others.

“The Capitol Police officers were shoved by the crowd, at times trapped between the doors and the crowd, and eventually pushed out of the way of the oncoming mob,” the affidavit stated. “Law enforcement’s efforts to keep out the additional rioters were frustrated by the crowd inside pushing on the doors, including SECOR.” 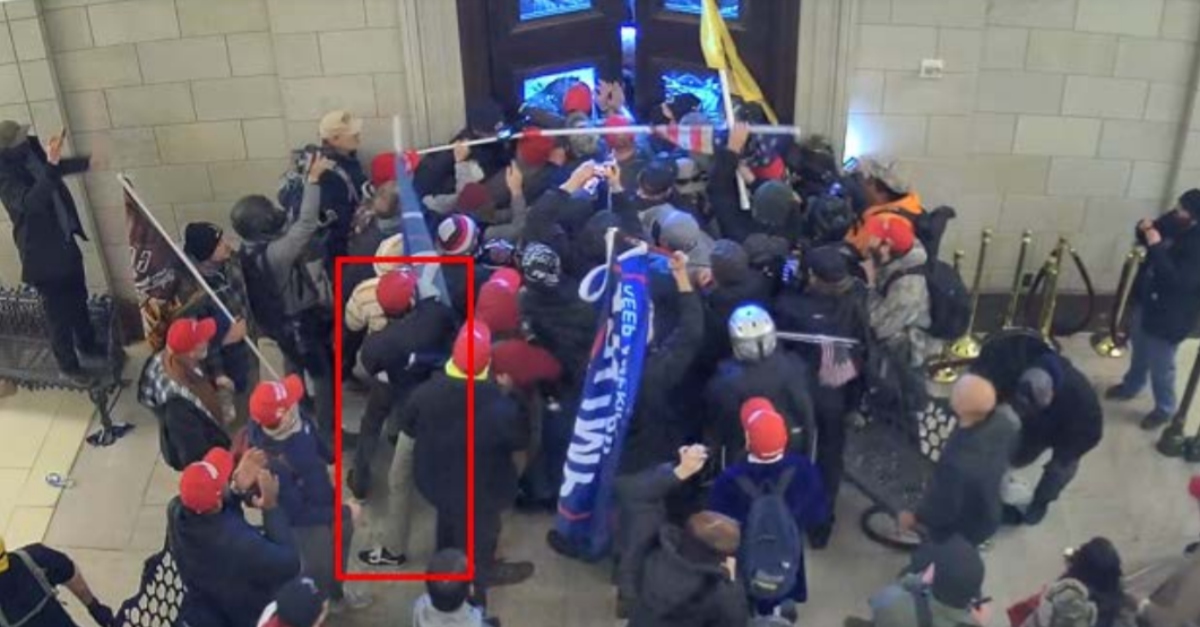 As referenced in the affidavit, a tipster said the defendant was founder of the UCLA campus organization “America First Bruins.” That’s not news. Indeed, the FBI cited an April 2020 op-ed in Ha’Am, UCLA’s Jewish student media publication, in which the author detailed Secor’s Twitter activity. Here’s how it was summarized in the affidavit:

The FBI conducted an open source search and located an article dated April 1, 2020, which features a series of screenshots from SECOR’s Twitter account @fullautonat. In these posts, SECOR describes fascism as “epic;” valorizes the 2017 Charlottesville tiki torch march, which featured chants of “Jews will not replace us!;” encouraged followers to watch Person 1 “highlights;” states that he supports “nationalism everywhere;” and suggests Jews and the state of Israel control the politics of other governments and attempt to influence “Westerners.”

One of the tipsters in the affidavit said that Secor identified as a fascist.

Another online username attributed to the defendant was “Scuffed Elliot Rodger,” which the FBI noted was an apparent reference to the misogynist mass murderer Elliot Roger.

Secor moved back in with his mother in Costa Mesa after returning from Washington D.C., said another person.

“SECOR got rid of his phone and car and bragged that he would not be caught for his involvement at the U.S. Capitol,” stated the affidavit.

A footnote in the affidavit references an image that described Secor as a “Groyper.”

“The Groypers are a network of alt right figures who are vocal supporters of white supremacist and ‘America First’ podcaster Nick Fuentes,” the footnote said.

The defendant was in federal court Tuesday in Santa Ana, where the judge ordered him detained, Eimiller said.

It is unclear if he has an attorney in this matter. @fullautonat, the Twitter account referenced in the affidavit and Ha’Am, is no longer up as of Wednesday afternoon. 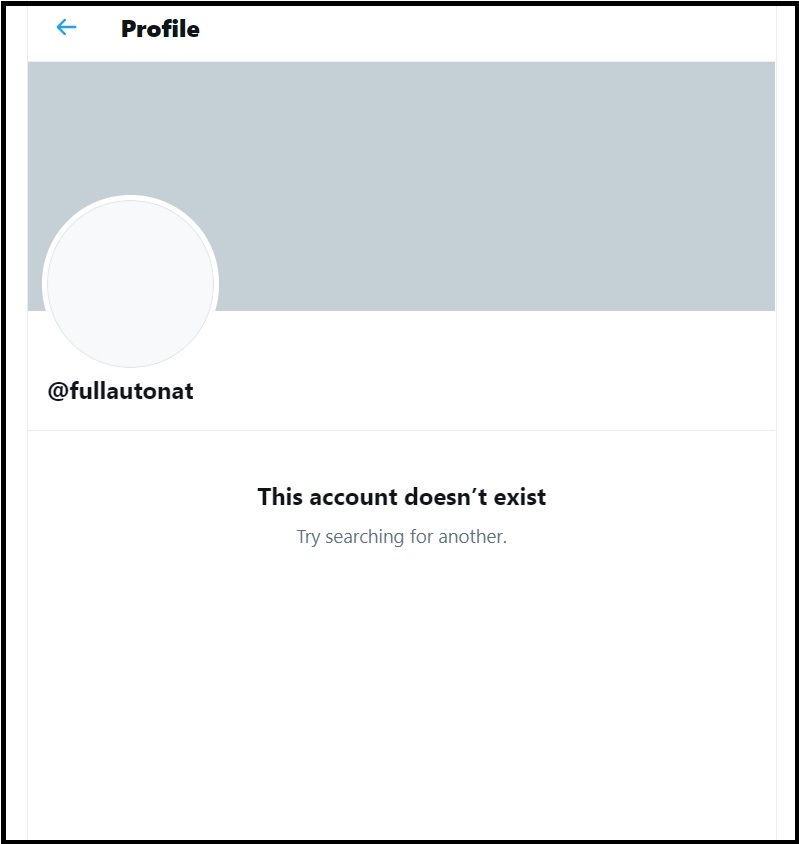