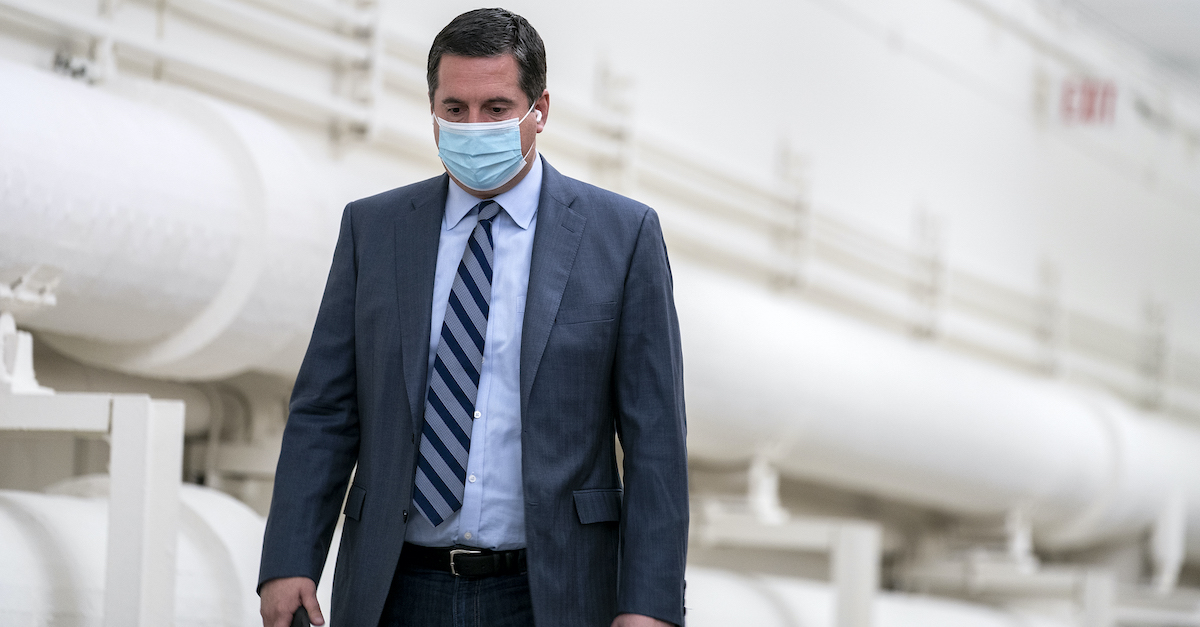 Judge Richard Bennett, a George W. Bush appointee, ruled that the defamation action failed to state a claim against CNN. As to Parnas and Bondy, the judge said the court lacked personal jurisdiction given Maryland state law.

The lawsuit, filed in Maryland’s U.S. District Court, stemmed from a November CNN report that Parnas was prepared to provide Congress with testimony as part of Donald Trump’s first impeachment. Parnas, CNN said, would testify, in effect, that Nunes met with former Ukrainian prosecutor Victor Shokin “to discuss digging up dirt of Joe Biden.”

In his original complaint, Harvey alleged that the defendants falsely accused him of participating in an effort to aid and abet the commission of criminal, unethical, and dishonest conduct. He sought punitive damages and an order prohibiting the defendants from continuing to repeat false claims on the basis that they constituted defamation and false light invasion of privacy. CNN, Bondy, and Parnas all promptly moved to have the suit dismissed.

Judge Bennett sided with the defendants, reasoning that even if the Parnas and Bondy statements were defamatory, Harvey had filed his lawsuit in the wrong court.

“As none of the statements made by Defendants Parnas and Bondy at issue in this case are alleged to have occurred in Maryland, exercising jurisdiction over Parnas and Bondy this case would be inconsistent with Maryland’s long-arm statute,” he wrote.

“[E]ven if there were statutory authority for this Court to exercise jurisdiction over these individual Defendants, doing so in this case would be inconsistent with the Due Process Clause of the Fourteenth Amendment to the U.S. Constitution. The United States Supreme Court has long held that personal jurisdiction over a non-resident defendant is constitutionally permissible so long as the defendant has minimum contacts with [the forum state] such that the maintenance of the suit does not offend ‘traditional notions of fair play and substantial justice,’” he wrote. “The only alleged connection between these Defendants and the State of Maryland is simply that Harvey is a Maryland resident and claims to have suffered harm in his home state. Such facts are insufficient to establish the kind of continuous or systematic contacts with the state of Maryland required for general jurisdiction.”

The court also reasoned that Harvey’s claims of defamation directly contradicted the GOP’s position on the alleged conduct. The official Republican House impeachment report stated there was “nothing wrong with asking serious questions” about the Bidens and their dealings in Ukraine.

“Given this public record,” Bennett wrote, “Harvey’s arguments that it was defamatory for CNN to state or otherwise imply that he was assisting Nunes in investigation of a political rival are simply without merit.”

He further noted that in most instances, Harvey failed to show that the allegedly defamatory statements were “materially false.” In other words, they weren’t defamatory at all.

In a footnote, the judge noted that one of the lawyers representing Harvey in this action has represented Nunes in several lawsuits. The judge was referring to attorney Steven Biss, though he didn’t mention him by name.

The judge said Harvey’s case “closely parrots” allegations in federal lawsuits that Biss filed on Nunes’ behalf. Notice that the judge also pointed out two Nunes cases were ordered dismissed and two others have pending motions to dismiss: