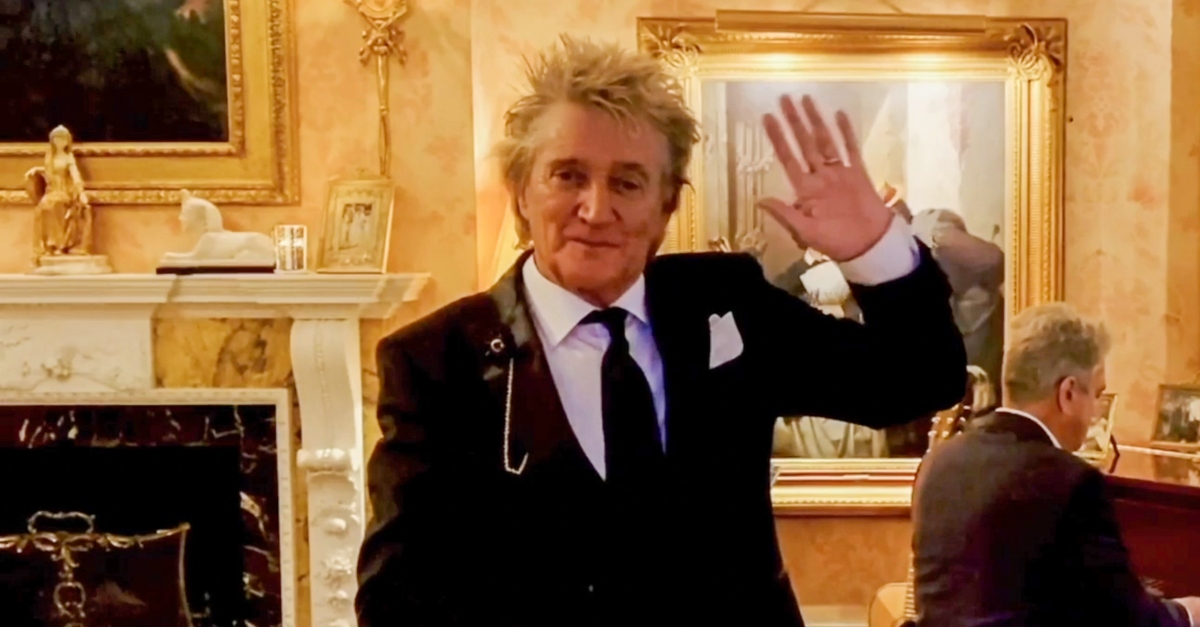 Both sides in the criminal case against singer Rod Stewart, 76, and son Sean Stewart, 40, have previously signaled a possible plea agreement. News of a likely resolution dropped on Friday, but the specifics are unclear as of now.

The defendants are charged with attacking a security guard at The Breakers resort in Palm Beach on December 31, 2019.

Mike Edmondson, spokesman for the office of State Attorney Dave Aronberg, confirmed there was a plea agreement in the works. He did not disclose the details. The spokesman said that the defense is in negotiations with prosecutors “about specifics but only the defense attorney can speak for his client.”

In other words, this is close to a done deal.

Both defendants face a misdemeanor count of simple battery. According to a partially redacted police report obtained by Law&Crime, the security guard at the resort was just doing his job when he barred a certain group from entering the children’s area. The group threw a fit, with Sean Stewart getting “nose to nose” with the man, and shoving him. The elder Stewart punched the guard in the rib cage, police said.

The Stewarts’ attorney Guy P. Fronstin previously said in court that they had been in contact with the guard’s lawyer.

Attorney Alexandra Antonacci spoke on her colleague’s behalf in court Friday, according to The South Florida Sun Sentinel. She did not talk about specifics of a plea agreement, either.

“It sounds like everything’s been worked out,” she told Judge August Bonavita, adding that the final thing to do is sort out the paperwork. She noted, however, that one of the defendants was out of the country at this moment.

Bonavita scheduled a hearing for March 26, but laid out what pretty much amounted to an ultimatum: “The case has to resolve or it will end up on the trial list if it does not.”

Update – January 31, 9:22 p.m.: Fronstin returned a Law&Crime request for comment, telling us the plea agreement was “very close to being finalized.”