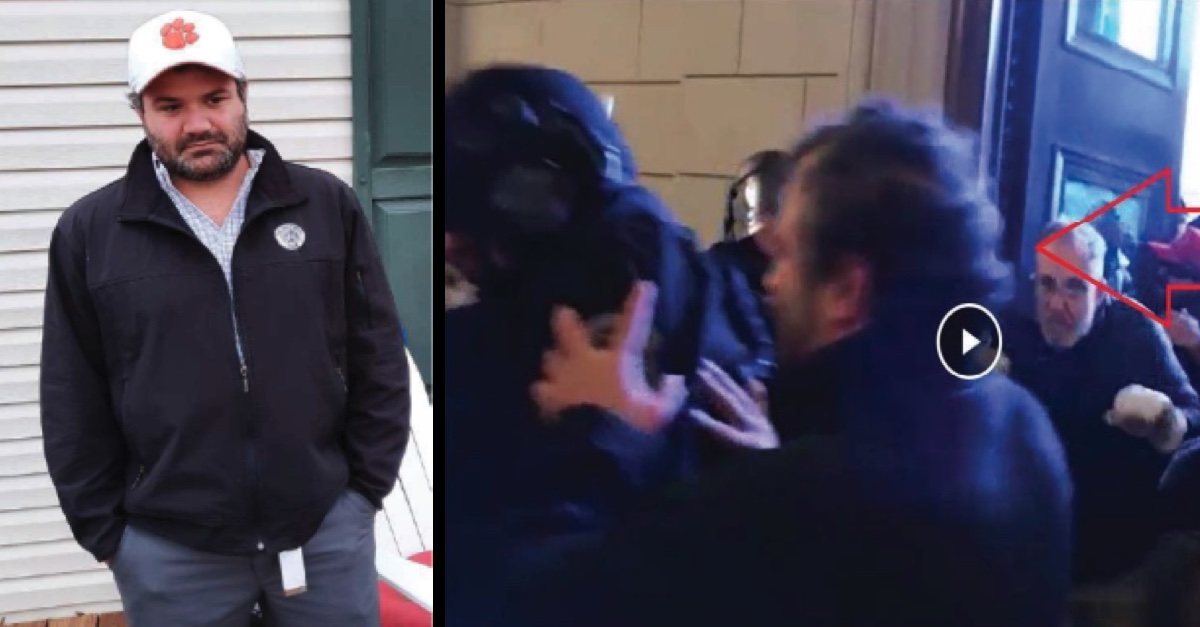 A South Carolina man accused of pushing police officers and a House Sergeant at Arms staffer on Jan. 6 pleaded not guilty in federal court on Monday.

According to a criminal complaint, George Tenney is seen on video having physical altercations with at least three people inside the Capitol. In one instance, he pushed aside a Capitol police officer who was trying to stem the tide of rioters entering the building.

“As Tenney returned to the East Rotunda Doors, rioters began to stream through, and Tenney can be heard yelling, in substance, ‘come on, Americans!’ He stood next to the rioters as they entered and patted at least one on the back,” the federal complaint against him says. “When a U.S. Capitol Police Officer entered, however—identified as Officer J.G.—Tenney pushed him to the side[.]” 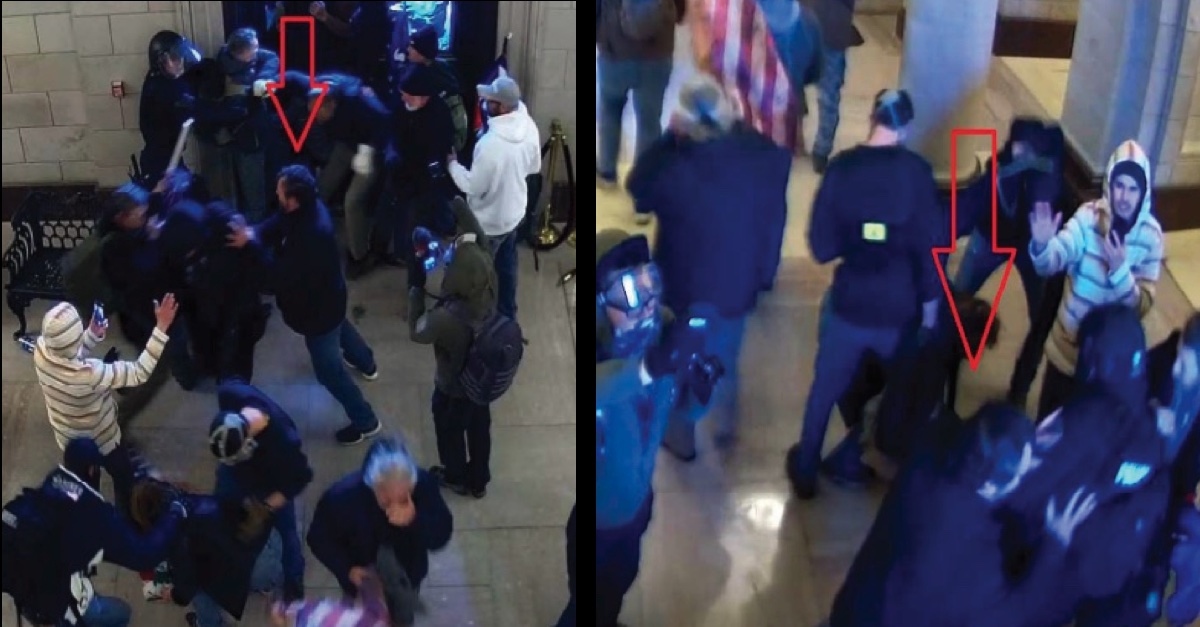 Tenney appeared on Monday before U.S. District Judge Thomas Hogan, a Ronald Reagan appointee who has expressed concern that Jan. 6 defendants are not truly accepting responsibility for their actions.

Hogan allowed Tenney to remain out of custody on his own recognizance.

According to the criminal complaint, Tenney had told investigators that he was only inside the Capitol Building “for three or four minutes before he and the people he was with realized that something bad was happening, and that’s when they left.”

“Instead, he said, he told people to stop damaging things and helped officers who had fallen to the ground to get back on their feet,” the complaint says.

The video and images, however, tell a different story, according to prosecutors.

Before the incident with the Capitol Police officer, Tenney is seen getting physical with a House Sergeant at Arms employee who was trying to close the doors to the crush of rioters trying to get in.

“As Tenney succeeded in pushing one of the two doors open, J.G., an employee of the House Sergeant at Arms, ran toward Tenney, pushed him aside, and tried to close the door Tenney had opened,” the complaint says. “Youngers ran toward Tenney and J.G. Tenney then ran to the door again and made physical contact with J.G., appearing to grab him by the shoulder.”

According to the complaint, Tenney and J.G. had a heated exchange, in which Tenney said, “You’re not gonna stop us,” and that there were so many rioters that J.G. couldn’t stop them.

Tenney is charged in the same complaint against Youngers, a Texan facing misdemeanor charges for being in the Capitol building on Jan. 6. The complaint shows Tenney and Youngers working together as they make they way to different parts of the building, after being seen entering through the Senate Wing Door.

Tenney is an administrator of a Facebook page called “The PowerHouse Patriot,” according to the complaint, and had talked about his plans for Jan. 6 in the weeks leading up to the siege.

“Where and how do I get involved or a part of one of these patriot revolution groups?” Tenney wrote to another administrator of the page on Dec. 12, according to the complaint. “Like proud boys, or any of the other American Patriot militias??”

On Dec. 27, Tenney wrote: “I heard over 500k armed militia patriots will be in DC by the 4th. And will start early waiting for the rest of us on the 6th. They already predict over [a] million people will be in DC the 6th.”

The next day, Tenney escalated the rhetoric and appeared to be preparing to overtake the Capitol building.

“We need to talk about the trip to D.C.,” he wrote on Dec. 28, according to the complaint. “It’s starting to look like we may siege the capital building and congress if the electoral votes don’t go right….we are forming plans for every scenario.”

On Dec. 29, Tenney allegedly wrote that he had been watching a podcast and heard: “Pence is a traitor and will betray the U.S. on the 6th.”

Tenney had allegedly sent a message on Facebook indicating that he planned to leave South Carolina by midnight or 1:00 a.m. to drive to Washington.

In addition to the felony charge of interfering with a law enforcement officer during a civil disorder, Tenney faces multiple misdemeanor charges, including obstructing an official proceeding of Congress, unlawfully entering or remaining in a restricted building, disorderly conduct, and parading, demonstrating, or picketing in a Capitol building.

You can read the complaint against Tenney and Youngers, below.

[Images via Department of Justice]