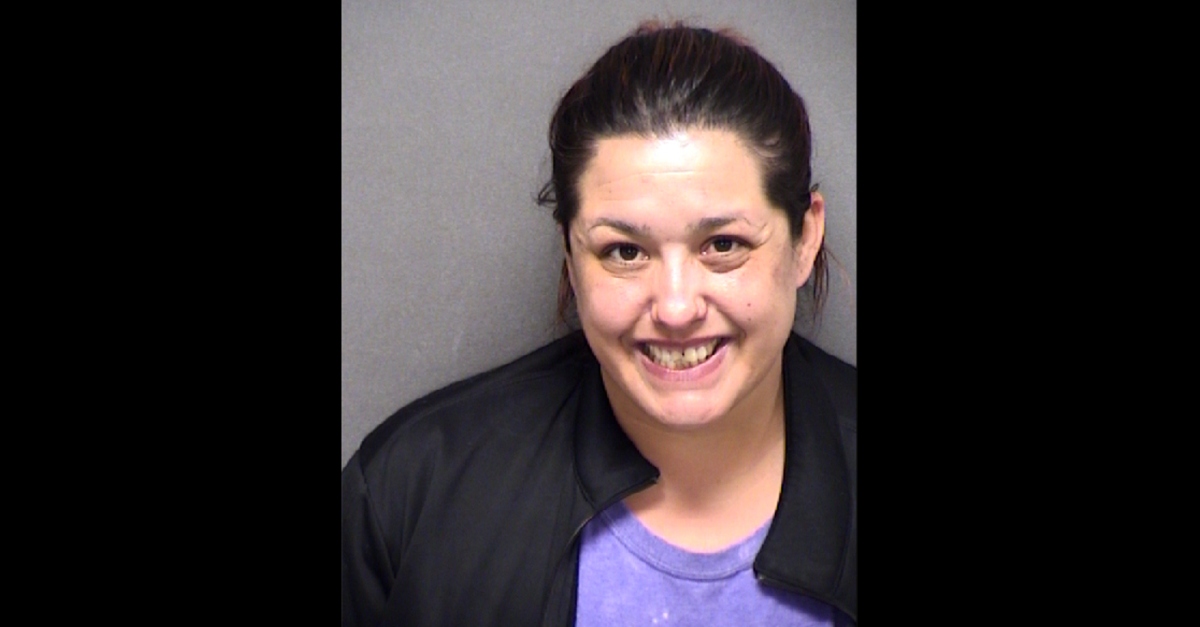 A woman admitted she tried to torch her ex-boyfriend’s work vehicle with a Molotov cocktail and a burning trash can, according to fire department investigators in San Antonio, Texas. Cierra Zendet Flores, 35, faces a count of arson, online records show.

According to an affidavit for an arrest warrant, Flores was set to be evicted by Friday from the ex’s home. The ex visited a friend on Saturday and stayed the night there, authorities said. Surveillance footage showed Flores’s vehicle driving by early Sunday morning at 5:19 a.m., investigators said. “A Molotov Cocktail is observed being thrown adjacent to the Victim’s Vehicle,” the investigator wrote. Mere minutes later, she drove by again and parked approximately 20 feet from the ex’s vehicle, the affidavit stated.

Flores walked up to the ex’s work vehicle and set another fire to the driver’s side area, authorities said.

“Then the Defendant is observed walking back towards her vehicle,” the documents said.

The ex-boyfriend realized his vehicle was on fire, ran toward it, and drove it away from the fire. The vehicle sustained damage to the driver side, including a tire, authorities said.

Investigators said that Flores admitted to wrongdoing during questioning. She allegedly said she made a Molotov cocktail.

“The Defendant admits to purchasing about 1 dollar worth of gasoline from a corner store near the fire scene and then pours the gasoline into a plastic bottle with stuff into the neck of the bottle,” authorities said.

Flores drove to her ex’s car and threw the Molotov cocktail, but she missed, according to this version of events.

“Then the Defendant stated that she wanted to change her mind about what she had done and returns to the scene,” authorities said. The cocktail did not burn the vehicle, in this account. But instead of stopping, Flores allegedly grabbed a small trash can from her car, lit it on fire using gasoline, and put it under her ex’s vehicle.

“The Defendant stated that she had to stop at a corner store because she had to wash the gasoline smell off her hands,” authorities added. Flores allegedly said she was upset “over her treatment over their 6 year relationship.”

Flores’s attorney did not immediately respond to a Law&Crime request for comment.