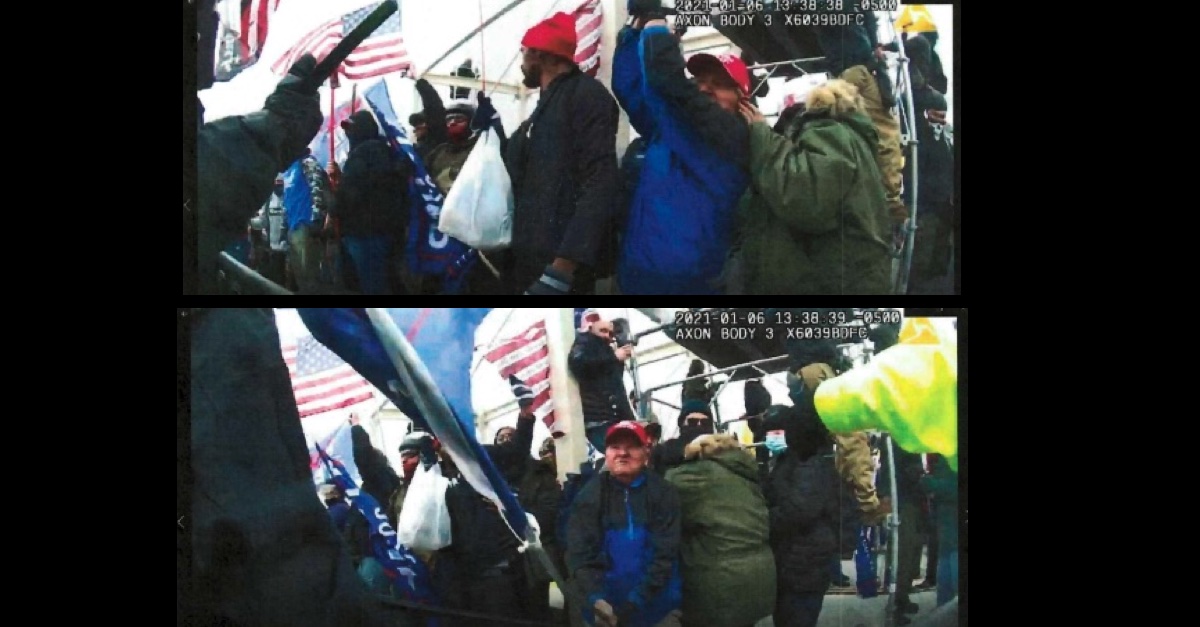 A Pennsylvania man accused of attacking a Washington, D.C. police officer during the chaos at the Capitol on Jan. 6 allegedly yelled “here it comes” before striking him three times, stopping only when his flagpole broke.

Howard Richardson, 71, of King of Prussia, is charged with assault using a dangerous weapon or inflicting bodily injury after allegedly hitting a Metropolitan Police Department officer with a pro-Donald Trump flag from behind a barricade meant to assist law enforcement in protecting the Capitol.

According to the statement of facts attached to the complaint against Richardson, cameras worn by at least four Metropolitan Police Department officers at the Capitol “video-recorded Richardson, unprovoked by the officers, take a metal flagpole with a blue Trump flag attached and strike MPD Officer R.N. three times. Richardson approached R.N. across the bicycle rack-style barricades designed to prevent unauthorized access to the U.S. Capitol building and Capitol grounds. In the video, Richardson can be heard yelling “here it comes” before swiftly approaching the officer’s position and striking three times[.]”

Richardson only stopped after the flagpole broke, the statement says.

The charges against Richardson for the alleged Jan. 6 assault come after his arrest in October on an a different charge: he allegedly assaulted someone who was riding a motorcycle outside his house in September. 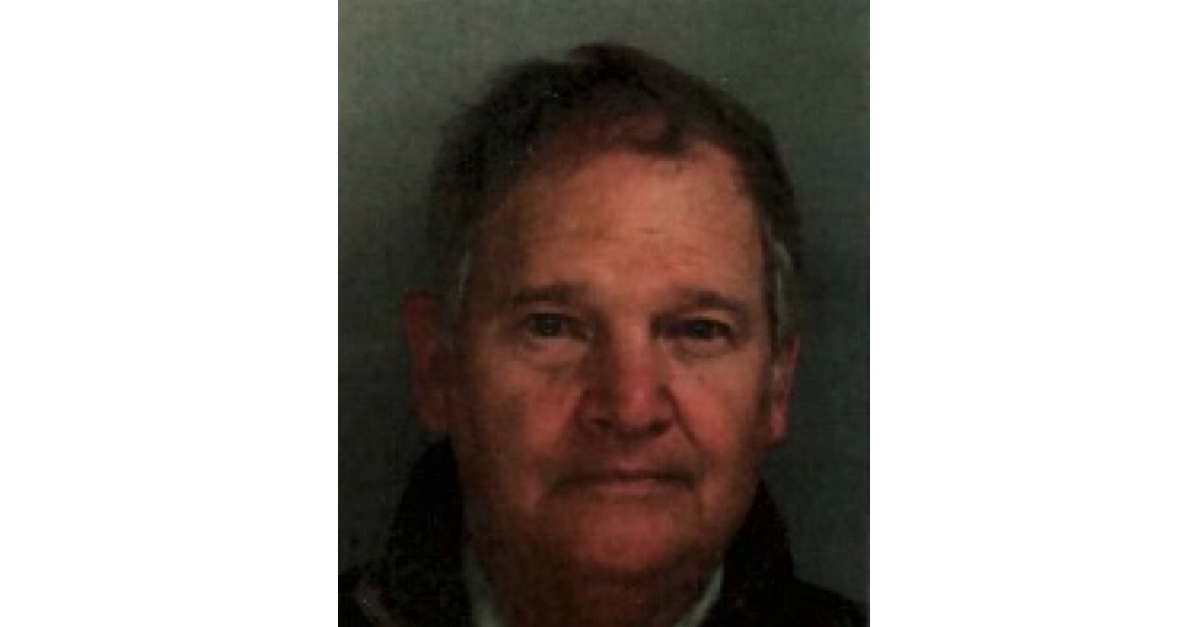 While talking to police after that arrest, Richardson waived his Miranda rights and agreed to speak with the FBI, according to the statement of facts. Richardson told investigators that he drove to Washington on the morning of Jan. 6 in order to attend Trump’s “Stop the Steal” rally.

“He arrived too late to see Trump speak at the rally, and made his way over to the U.S. Capitol,” he told investigators, according to the statement of facts. “He watched others knock over the bicycle rack barriers and saw the line of MPD officers retreat, and joined a large crowd to breech the security barriers and make his way closer to the Capitol.”

Richardson allegedly told the FBI that he was “close to a group of rioters that tried to ram a large object into the police line, and as a result he was hit with tear gas and retreated.”

“After a rioter gave Richardson milk to treat the burning in his eyes, he recovered, and, according to Richardson, he went back to the front near the police line,” documents say.

Richardson allegedly admitted that he swung his flagpole at a police officer shortly after recovering from the pepper spray and returning to the line, the statement says, but investigators say he wasn’t telling them the whole truth.

“But he falsely claimed that he swung at the officer only after the officer swung a piece of metal at him,” the statement of facts adds. “Richardson described his assault on the officer as simply a natural response to being swung at.”

Even when shown video proving that he wasn’t actually provoked into attacking the police officer, Richardson allegedly didn’t relent. He acknowledged that it was him in the video, but maintained that he acted in response to something coming at him, according to the FBI.

“I’m not saying this is the best behavior I could have done here,” Richardson told investigators after being pressed about the perspective of the police officers, according to the statement. But he maintained that he was provoked by others who infiltrated the crowd.

Unlike others who participated in the Jan. 6 Capitol breach, Richardson didn’t give himself away by posting on social media; in fact, his phone had run out of battery shortly before he arrived in Washington on Jan. 6, and he didn’t turn it on again until that evening when he had a chance to charge it, according to the statement of facts.

However, as investigators discovered, Richardson kept a detailed handwritten record of his actions in his day planner. 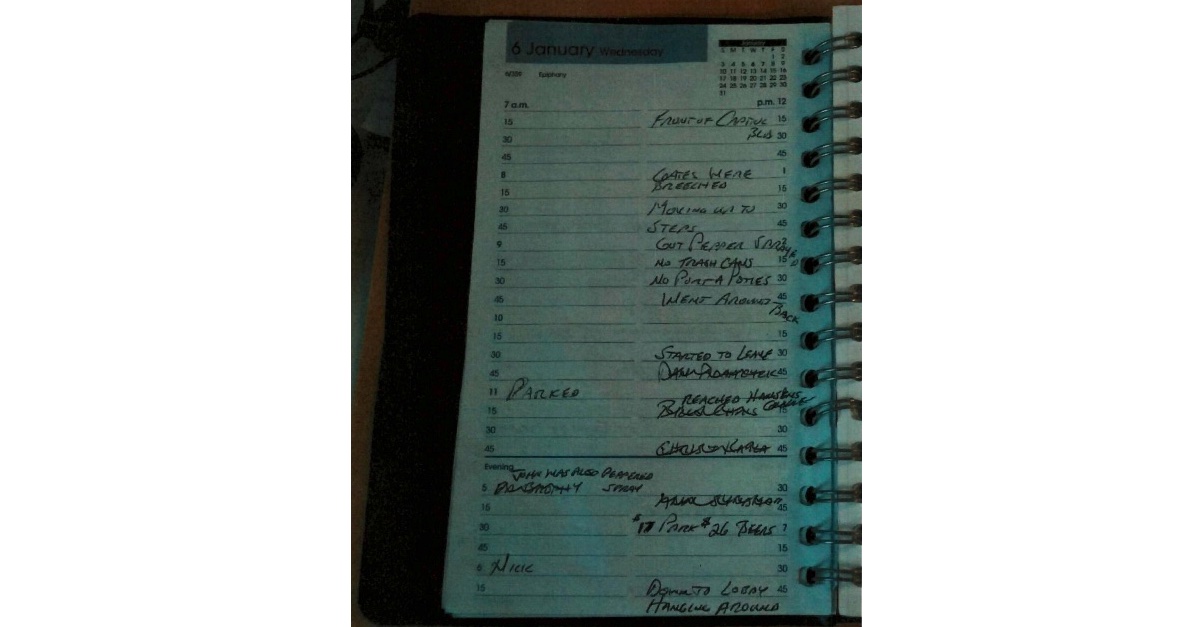 Read the complaint and statement of facts, below.