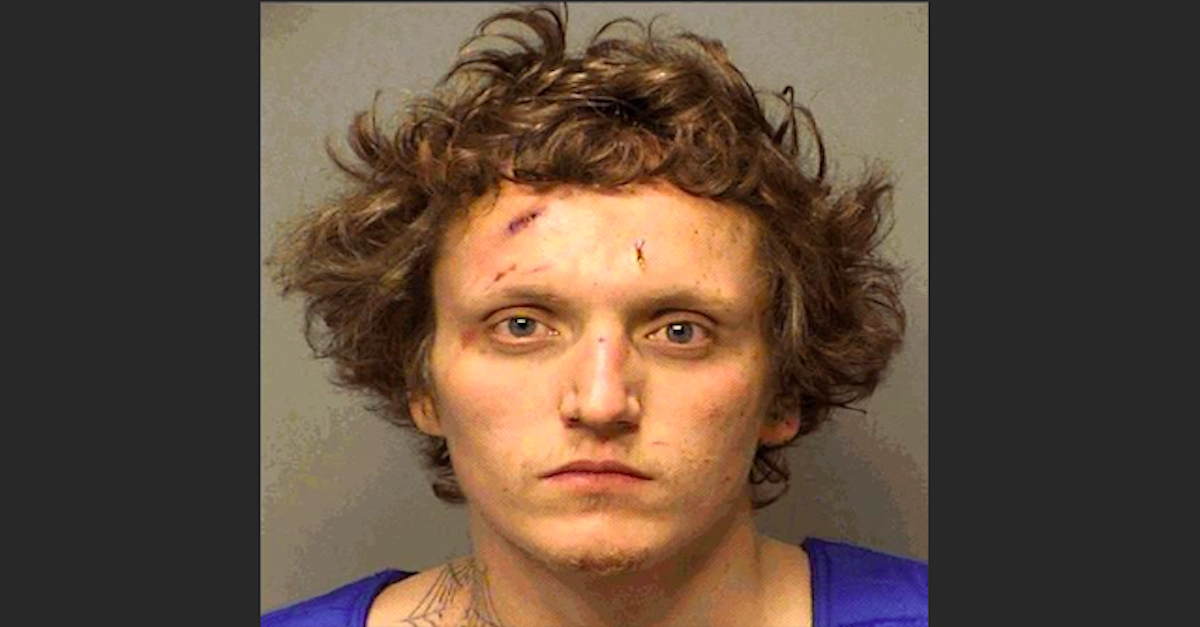 An Indiana man was arrested for allegedly beating his girlfriend’s 3-year-old child to death less than a month after the boy was returned to her custody. Joseph R. Pridemore Sr., 32, was taken into custody on Monday and charged with one count of murder for killing young Keegan Fugate, The Times of Northwest Indiana reported.

The child’s mother, 23-year-old Kylie E. Fugate, was also arrested and charged with one count of neglect of a dependent, which is a level 1 felony.

According to the report, Kylie Fugate called 911 on Oct. 12 and told the dispatcher her son had vomited multiple times over a 24-hour period and had stopped breathing. Police and Emergency Medical Services (EMS) responded to the scene and attempted to resuscitate the child before rushing him to Methodist Hospitals Northlake Campus in Gary where he was pronounced dead shortly after arriving.

Records unsealed in Lake Criminal Court and obtained by The Times of Northwest Indiana reportedly said that Keegan suffered an array of horrific injuries, including a dislocated neck, bruising of the brain, a lacerated liver, and bruised pancreas. The child also sustained extensive bruising on his body that doctors said were in different stages of healing — indicative of ongoing abuse.

Prosecutors have reportedly accused Kylie Fugate of lying to investigators in her initial interviews, reportedly telling police that Pridemore did not live with her and Keegan in their apartment and claimed that Pridemore’s mother was watching Keegan in the hours before he sustained his injuries.

Police also noted that Kylie, who has two other children (at least one of whom she had with Pridemore), was acting in an unusual way in the aftermath of Keegan’s death.

During her initial interview with police, Kylie reportedly asked investigators why Child Protective Services had been called, then blamed CPS for previously taking Keegan out of her custody and placing him in the care of her mother. She allegedly said that Keegan’s death shouldn’t affect whether her other two children remain in her custody.

A detective also reportedly stated that when he peered around a corner in the hospital, he saw that Kylie was not crying at all. When she noticed the detective looking at her, however, she reportedly “began crying uncontrollably.”

Several members of Pridemore’s family also reportedly told investigators that he often became violent when he was angry; they said they had firsthand knowledge that he abused Kylie. They also reportedly said Pridemore was never affectionate with Keegan; the child had bruises and scratches on his face when they last saw him. Kylie Fugate and Joseph Pridemore reportedly blamed the injuries on a dog.

It wasn’t until two days after Keegan’s death that Kylie reportedly admitted to investigators that Pridemore, not his mother, was the one watching Keegan during the time the baby sustained his injuries. According to The Times of Northwest Indiana, Kylie said she came home from work at approximately 11:30 p.m. on Oct. 11, but didn’t call police until the next morning when she noticed the child had stopped breathing. She also reportedly said that she had noticed new bruises on the child for days, but whenever she confronted Pridemore about Keegan’s injuries he would always make an excuse and say the boy fell or was hit by a dog.

Neither suspect had entered pleas as of Wednesday afternoon.