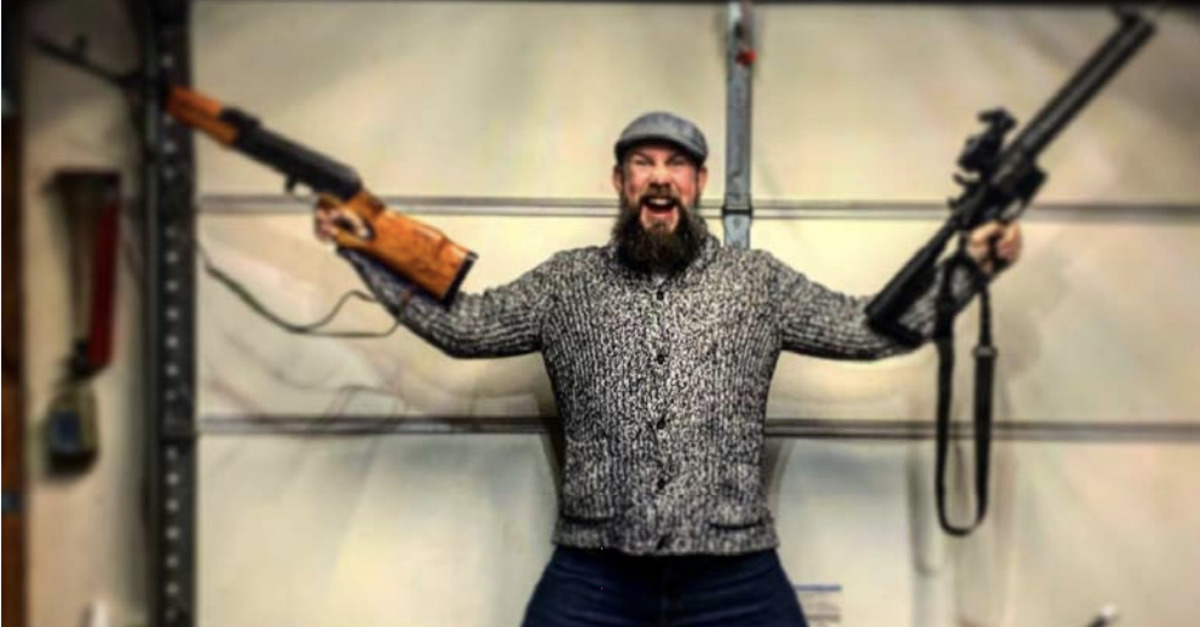 The government’s memo is a continued effort to keep Fairlamb behind bars pending trial. After originally being granted bail by U.S. Magistrate Judge James B. Clark III, a series of procedural moves—including the judge essentially overruling himself by granting the government a stay of his decision—kept the defendant in custody.

In anticipation of an upcoming sentencing hearing, federal prosecutors allege the “former MMA fighter” from New Jersey can be seen “standing on the scaffolding erected on Capitol grounds” and boasting of his exploits during the Jan. 6 attack on the U.S. Capitol Complex.

“We ain’t fuckin’ leaving either,” Fairlamb is allegedly heard screaming in a video submitted to the court as an exhibit. A still image from the video is embedded within the sentencing memo with a man identified as the defendant circled in red. 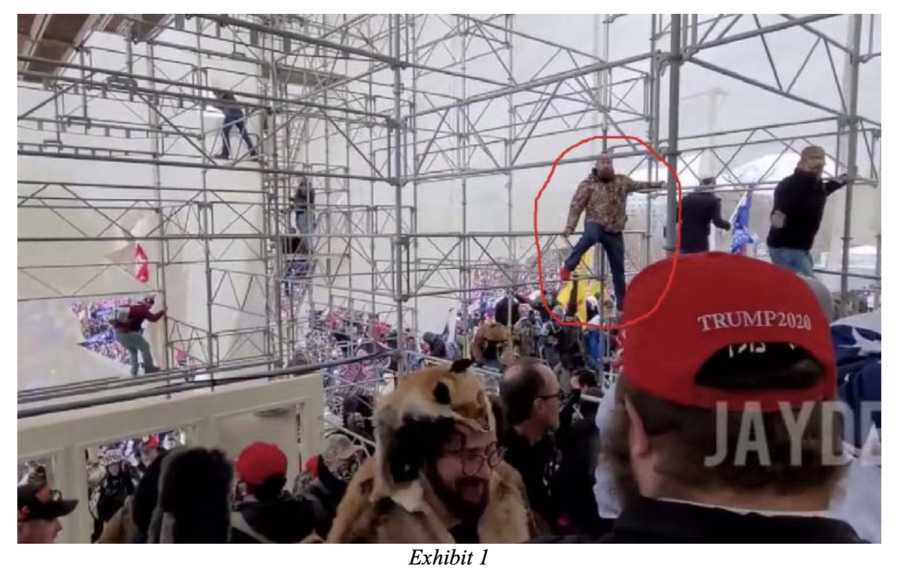 According to the government, an additional video allegedly containing evidence of Fairlamb’s participation in the siege of the Capitol was provided to the FBI by another “concerned citizen.”

“Several minutes later, the JaydenX video [the government’s Exhibit 2] shows a horde of rioters pressing past police attempting to hold the line on the West Capitol Front,” the memo notes. “The JaydenX video shows the rioters overwhelming the outnumbered police and successfully breaking through metal barricades.”

In the second video, Fairlamb is allegedly seen breaking through the “skirmish line” before “picking up a baton and putting it under his arm.”

A third video, again said to have been provided to the FBI by a “concerned citizen,” is allegedly sourced from Fairlamb’s own Facebook account. In the footage, the defendant appears to be carrying a “collapsible baton” and rallying fellow travelers outside of the Capitol.

“What Patriots do?” Fairlamb asks before answering. “We fuckin’ disarm them and then we storm the fucking Capitol.”

A footnote clarifies that the defendant probably didn’t actually disarm anyone on the day in question:

Although Fairlamb seems to imply in his Facebook video, Exhibit 8, that he disarmed a police officer, video footage from Video 3 suggests that another rioter in front of Fairlamb also possessed a collapsible baton. Accordingly, it is possible that Fairlamb picked up a baton that was discarded by another rioter rather than personally disarming a police officer.

Surveillance footage cited by the government suggests that Fairlamb made his way into the national legislative seat of government before “exiting the Capitol building and coughing after chemical agents were deployed inside.”

The memo then gets to the most egregious allegation:

Approximately 30 minutes later, the defendant was captured on video punching a Metropolitan Police Department (“MPD”) officer in the face after following and harassing a line of MPD officers attempting to make their way through the horde of rioters. A concerned citizen (“C-1”) submitted a video to the FBI, which captured the defendant shoving and pushing MPD Officer Z.B. on the West Front of the Capitol. A portion of this video will be submitted to the Court as Exhibit 12.5 This video shows the defendant following a line of MPD Officers and appearing to aggressively scream at them. The defendant can be heard screaming “Are you an American? Act like a fucking one! . . . You guys have no idea what the fuck you’re doing!”

According to the government, the officer who was allegedly attacked was cut off from other members of the MPD during the chaos and tried to grab Fairlamb’s shoulders in order to make it back to the group. At that point, according to the memo, Fairlamb shoved the officer and then wagged his finger in the officer’s face. The officer responded by shoving Fairlamb’s hand away which allegedly prompted the defendant to then punch the officer.

The sentencing memo later on distills the government’s argument in favor of continued pre-trial detention:

The nature and circumstances of these crimes weigh heavily towards detaining this defendant. This defendant came to the Capitol on January 6, unlawfully scaled the scaffolding on the West Front of the Capitol, joined the rioters who physically rushed and overwhelmed outnumbered officers attempting to hold the metal barriers at the skirmish line, obtained a weapon – a collapsible police baton – and was then one of the very first rioters to breach the Capitol after fellow rioters smashed through the windows using riot shields and kicked out a locked door. After exiting the Capitol, this defendant was videotaped harassing a line of dramatically outnumbered police officers, shouting in their faces and blocking their progress through the crowd of hundreds of rioters. When the defendant cut off Officer Z.B. from the line of MPD officers – who can be seen attempting to traverse the enormous crowd by holding onto each other’s jackets – this defendant violently shoved him and punched him in the face. As a former MMA fighter, the defendant was well aware of the injury he could have inflicted on Officer Z.B.

While most of the memo is perforce concerned with what occurred on Jan. 6, the government does spend a few pages delving into Fairlamb’s social media history before and after the pro-Trump riot.

According to what authorities believe is his Instagram account, Fairlamb allegedly told another user that he was preparing for a “war” against liberals and, when questioned about his participation in the Capitol siege, allegedly told that same person he would “go again.”

Fairlamb also appears to have targeted left-wing Rep. Cori Bush (D-Mo.) with several instances of violent rhetoric including: “shoulda lit your ass up,” “I wish someone would put a knee on your neck for spreading lies. #whitelivesmatter,” “your words are going to bring you a harvest very soon,” and “Lock n load America. When they defund they [sic] police you shoot back.”

In service of arguing that the defendant is a danger to the community, the memo closes with the suggestion that Fairlamb “may have access to weapons” due to a Facebook post from five days before the abortive insurrection where he appears to be holding two rifles in either hand.

The defendant posted the [gun-toting] photo to Facebook on January 1, 2021 with the caption “It’s the Peaky Fookin Blinders! Happy New Year!” The photo appears to depict the defendant with two guns. But, when the FBI executed a search warrant on the Defendant’s residence, they found only ammunition shells.