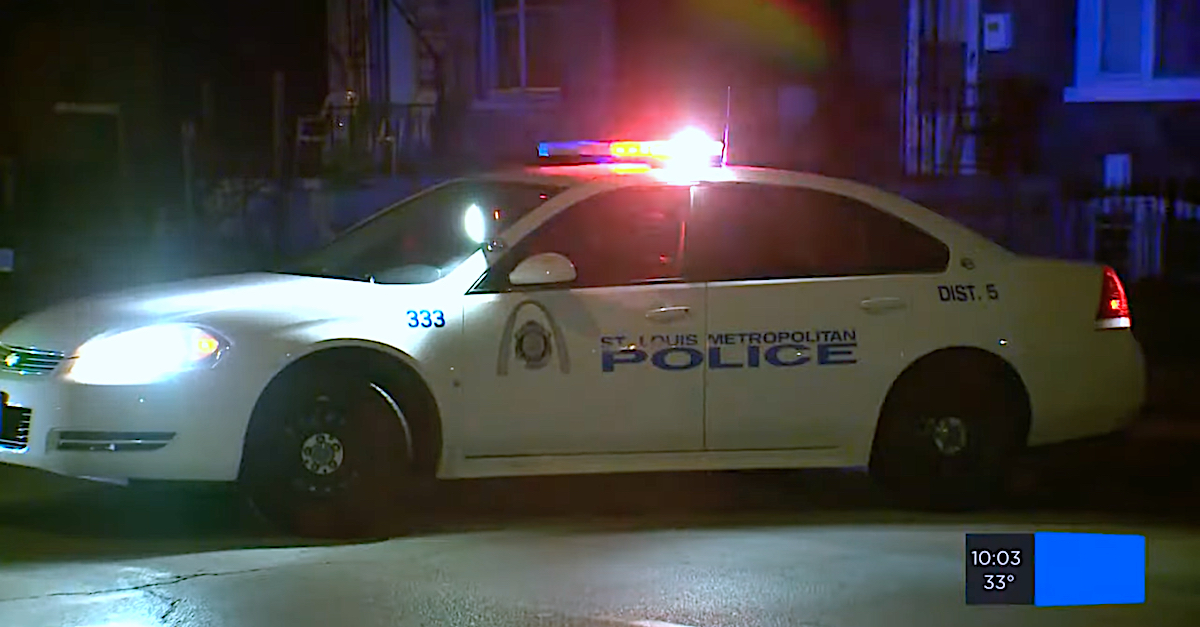 Two veteran St. Louis police officers on Wednesday were arrested on rape and other sexual assault allegations dating back to 2009, while a third officer was charged with attempting to derail the investigation, local news outlets KSDK-TV and KMOV-TV reported.

Lafeal Lawshea, a 13-year veteran of the St. Louis Metropolitan Police Department (SLMPD), was charged with forcible sodomy, forcible rape, being an accessory to forcible rape, and tampering with a victim.

According to court documents obtained by KMOV, Lawshea was accused of sexually assaulting two women in 2009, both of whom said the assault took place after he had served them at least one alcoholic drink. According to KSDK, court documents indicate that at least four different women alleged that Lawshea gave them “strong or drug-laced drinks” before assaulting them in his home.

Torey Phelps, a 14-year veteran of the department, was charged with forcible rape stemming from a 2010 accusation.

The documents alleged that Lawshea and Phelps were at a bar with a woman when Lawshea brought her an “unusually strong” drink.

“The woman said the next thing she remembered was waking up with Phelps raping her while Lawshea was in a nearby room, the charges allege,” according to KMOV. The alleged assault took place in Lawshea’s home.

In another incident, a woman claimed she was in Lawshea’s home in Dec. 2019 when he “touched her inappropriately.” She claimed that Lawshea sexually assaulted her after she rejected him. She then reported the assault to Sgt. Jatonya S. Clayborn-Muldrow during lunch in March 2020. According to the report, Clayborn-Muldrow peppered the victim with questions for nearly two hours before telling her the whole ordeal “was a misunderstanding and she should call Lawshea to explain the misunderstanding.”

“Clayborn-Muldrow showed up in the internal affairs unit and asked who was investigating the complaints made against Lawshea,” KMOV reported. “When Lawshea reportedly found out he was being investigated, he called the victim to ask, ‘Are we cool?’ and also told her he did not sexually assault her.”

Clayborn-Muldrow was charged on Tuesday with witness tampering.

SLMPD Chief John Hayden issued a statement praising the victims for speaking up.

“Accountability is, and has been, a primary focus of my administration. Any allegations that compromise the integrity of the Department will be investigated thoroughly and impartially. If probable cause is developed that indicates potential criminal activity, that is turned over to the proper authorities for determination,” he said. “Most notably, this situation should recognize the courage of several victims to come forward and share their story with my Internal Affairs Division, who they trusted to be confidential and complete. My pledge to accountability and transparency has not wavered and I hope our citizens recognize that we will make every effort to continue to work to gain their trust.”