A Helicopter Crew Trained to Put Out Wildfires. Then a California Man Shot at Them, Authorities Say. 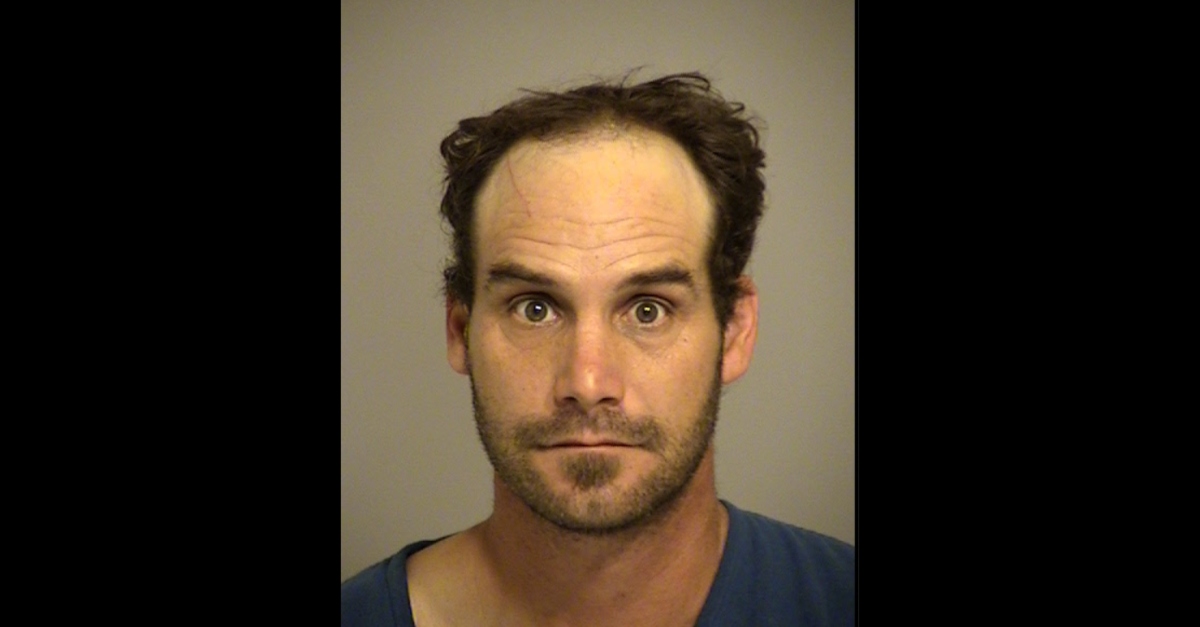 As a firefighting helicopter performed nighttime training operations, a California man allegedly pointed his handgun into the sky and shot at the crew preparing to put out the raging blazes.

The man accused of firing several rounds at the Ventura County Firehawk helicopter, 44-year-old Joshua James Chimarusti, was arrested Thursday, according to the county’s Sheriff’s Office.

Like much of the Western United States, California has experienced an uncommonly brutal wildfire season this summer, with Los Angeles and neighboring Ventura Counties bearing the brunt in the Golden State. The Associated Press estimated that California clocked in 730 more wildfires this year than last, at least as of Friday.

Extreme weather across the globe has made conditions for firefighting crews uniquely challenging—even without unexpected gunfire.

According to the sheriff’s office, a Ventura County Firehawk helicopter was doing nighttime training operations in Lake Casitas on Wednesday at 9:15 p.m. when Chimarusti fired at them.

“The pilot of Copter 4 took evasive action and identified a suspect vehicle leaving the area at a high rate of speed,” deputies wrote. “Copter 4 followed the suspect vehicle into Oak View where it came to a stop in the 200 block of Olive Street. The suspect, who was later identified as Joshua Chimarusti, exited the vehicle, and fired additional shots from a handgun at Copter 4. Chimarusti ran away to avoid being arrested.”

In a phone interview with Law&Crime, sheriff’s Captain Eric Buschow said that the Ventura County aviation unit is jointly operated by the sheriff’s office and fire department. Buschow added that the alleged incident took place in a rural area.

According to Buschow, authorities received a call that a person was firing toward the air, and investigators confirmed that Chimarusti was deliberately firing at the helicopter following interviews with the suspect and witnesses. Buschow declined to specify whether Chimarusti confessed to shooting at the helicopter.

Deputy, K9, unmanned aerial vehicle, and SWAT units as well as another helicopter conducted a search, authorities said. Chimarusti was found and taken into custody early Thursday morning, they said.

“The handgun Chimarusti used during both shootings was also located and seized as evidence,” deputies wrote. “Ventura County Copter 4 did not sustain any damage from the incident.”

The deputies said in a press release:

Chimarusti was arrested and booked at the Ventura County Pre-Trial Detention Facility for attempted murder, assault with a firearm upon a peace officer or fire fighter, shooting at an occupied aircraft, discharge of a firearm with gross negligence, prohibited person in possession of a firearm and carrying a loaded unregistered firearm.

An arraignment was scheduled for Monday at 1:30 p.m. Pacific Time. The docket does not show an attorney of record.