Feds Charge MAGA-Hatted Texas Man After a Witness Who Has Known Him for Two Decades Identified Him in Jan. 6 Photos 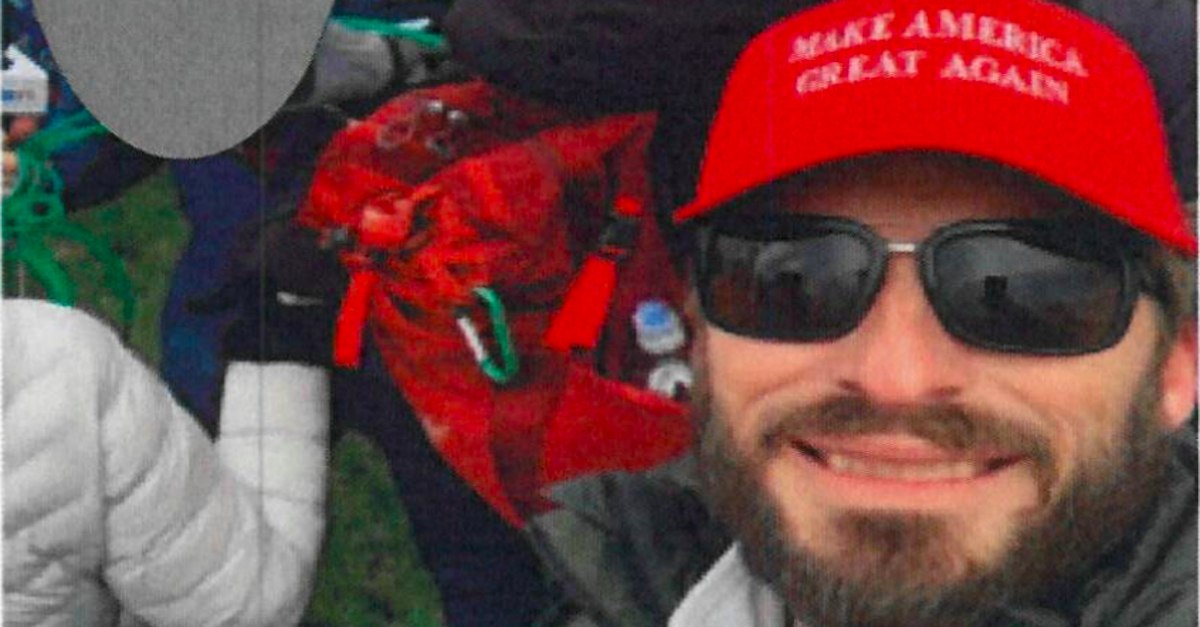 Federal authorities charged a Texas man accused of taking part in the Jan. 6 siege at the U.S. Capitol after he appeared in several photographs and videos taken inside and outside the Capitol building wearing a red hat emblazoned with President Donald Trump’s “Make America Great Again” slogan. The FBI said that a person who has known the suspect for “approximately 20 years” identified him.

Kerry Wayne Persick, 41, is charged with a slew of federal crimes stemming from his alleged participation in the pro-Trump mob’s attempt to prevent members of Congress from counting the Electoral College votes.

According to the charging documents, filed in the U.S. District Court for the District of Columbia, Persick was first identified hours after the Capitol siege by a confidential witness who submitted a photograph to the FBI’s online tip portal showing the MAGA-hatted Persick amongst other rioters present on Jan. 6. The witness said they had known Persick for “approximately 20 years” and had last seen him about one year prior.

Additional footage viewed by FBI agents in February appeared to show Persick “inside the U.S. Capitol on January 6, 2021, wearing a dark color jacket, a backpack, and red baseball cap with ‘MAKE AMERICA GREAT AGAIN’ logo.” Those videos were shown to the confidential witness who again confirmed Persick’s identity.

Federal agents also obtained a search warrant to review records for the AT&T cell phone number associated with Persick and found that it “was identified as having utilized a cell site tower consistent with providing service to a geographic area that included the interior of the United States Capitol building.”

Dozens of other Texas residents face charges in connection with the Capitol riot, according to a Monday report from the San Antonio Express-News.