Florida Woman, 43, Accused of Sexually Abusing Teen at a Party in Front of Another Child 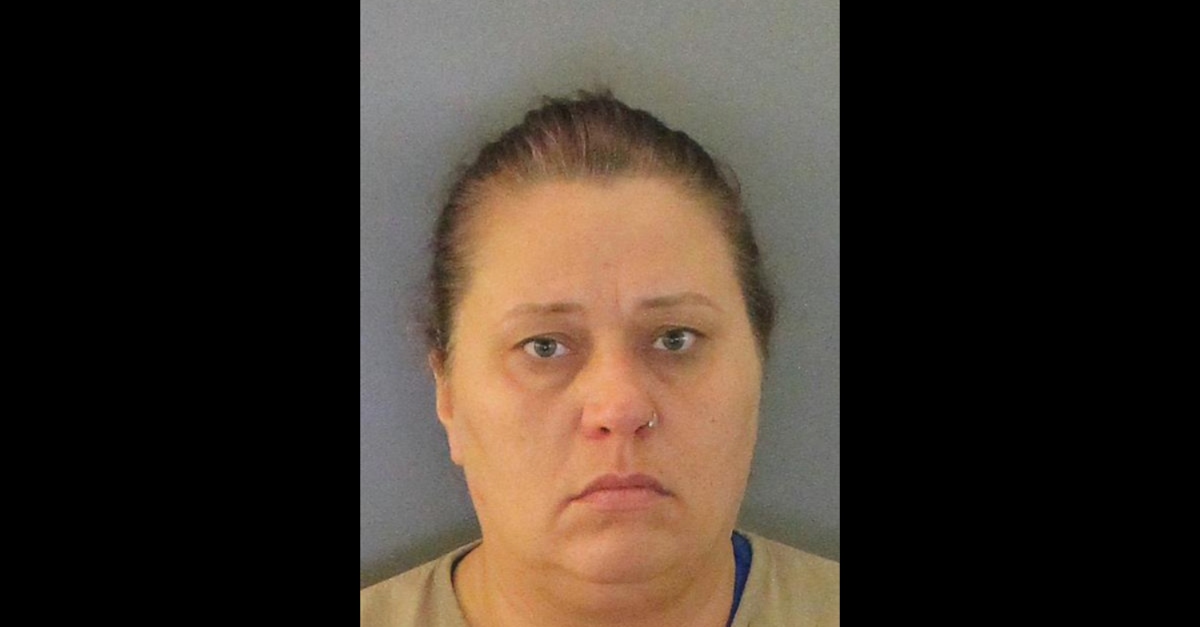 A woman sexually abused a 17-year-old boy in front of a 12-year-old girl after drunkenly arriving at the kids’ party, say detectives with the sheriff’s office in Charlotte County, Florida. Jessica Rae Good, 43, was arrested Wednesday, records show.

The male victim in the case, a 17-year-old boy, reported at his school that he had been, in the words of the criminal affidavit, raped. Good is charged with two counts each of unlawful sexual activity with certain minors, and willfully abusing a child without causing great bodily harm.

The teen said he had been attending someone’s 16th birthday party at a bowling alley, and some of the kids decided to go back and spend the night with their friend, according to the redacted document. The homeowner returned with Good, who was a friend, from bars early May 9. The suspect was intoxicated, according to this story.

The homeowner went to bed, but Good allegedly stayed up hanging out with the juveniles. The suspect allegedly gave alcohol to the teen victim, who had not consumed any before that.

According to this version of events, the boy was trying to sleep on the loveseat when he was awoken by Good pulling his pants down. The affidavit detailed an incident of sexual abuse.

But another juvenile at the party said Good made inappropriate sexual comments that night and that the kids were trying to get her to leave the party. For example, the defendant allegedly asked if a boy would “beat his meat” after she left. She also allegedly encouraged a 12-year-old girl at the party to have sex with one of the boys, whose “dick was probably down to his knee.”

Cell phone video from the witness confirmed that Good was intoxicated, detectives said.

Detectives spoke to the 12-year-old girl, according to the affidavit. She said she had been hanging out at the home most of her life, and never had trouble there before. That night, she had permission to spend time with the other juveniles, and had trouble staying asleep. She went to the living room to hang out when the two adults arrived home intoxicated. The girl witnessed Good giving the boy alcohol. She said that the defendant called her a “whore” multiple times, and told her to go after a boy because of the size off his penis.

She claimed to have witnessed the sexual abuse, which happened while she was trying to sleep on a beanbag within touching distance of the boy and the suspect.

The girl described the sexual acts as, in the words of the affidavit, mutual, but she did say the boy whispered “help” to her.

Good posted $150,000 bond to get out of the Charlotte County Jail, records show. Her attorney of record did not immediately respond to a Law&Crime request for comment.