FAA Employee Who Said World War 3 Was Going to Happen on Jan. 6 Was Pictured in Plain Sight Inside Capitol: FBI 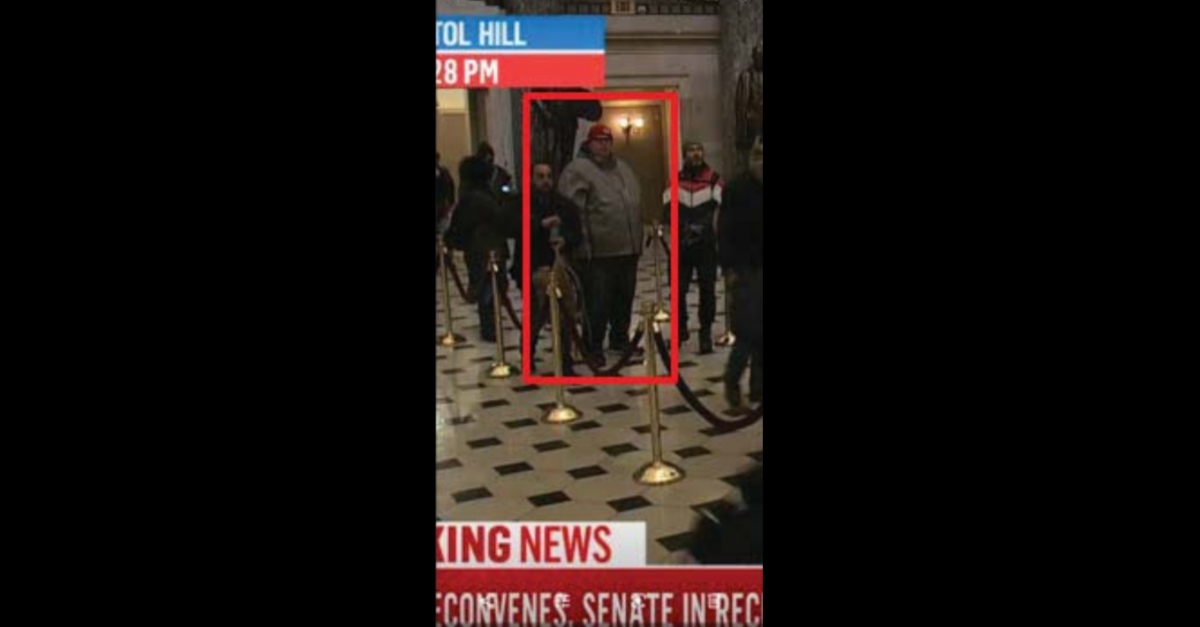 An employee with the Federal Aviation Administration (FAA) allegedly participated in the D.C. insurrection. Kevin Strong is charged in a newly unsealed affidavit. The Federal Bureau of Investigation said he was already on their radar before the Jan. 6 raid on the Capitol Building.

The feds said they began investigating Strong on Dec. 30 after a witness told authorities he had started acting differently. According to this account, Strong was stock-piling items, telling people to prepare for martial law, rioting, and protests. He was also big on the QAnon conspiracy theory, and thought World War 3 was going to start on January 6, 2021, authorities said.

Jan. 6 was, of course, the day Congress was set to certify Electoral College results for then-President-elect Joe Biden. Then-POTUS Donald Trump falsely told supporters, who had traveled from all over the United States to attend the rally, that he won the election and that it was being stolen from him and them. From the affidavit:

Specifically, W-1 was aware that STRONG had sent messages to another individual claiming World War 3 is going to occur on January 6, 2021, and that the military was coming in and getting involved. W-1 was aware that STRONG hung a flag with the logo “WW1WGA” on his house. W-1 told the FBI that he/she looked it up on the Internet and found that that “WWG1WGA” was a QAnon slogan standing for “Where We Go One, We Go All.” STRONG was known to declare that he had “Q clearance” and believed he was part of a “movement” that was greater than himself. He had recently purchased a new truck and believed that QAnon would cover the debt. STRONG had also been promoting the “Parler” application as a place to get information.

Trump gave an incendiary speech at the Ellipse park near the White House, and many of his supporters responded by breaching the nearby Capitol Building. The crowd delayed but did not stop the count for Biden. Five people, four Trump supporters and one Capitol police officer, died in the chaos. Another officer, and an insurrection defendant died by suicide mere days after the incident.

Investigators say Strong was among the rioters. A member of the Internal Investigations Branch of the FAA told the FBI that Strong could be seen in plain sight on a newscast. 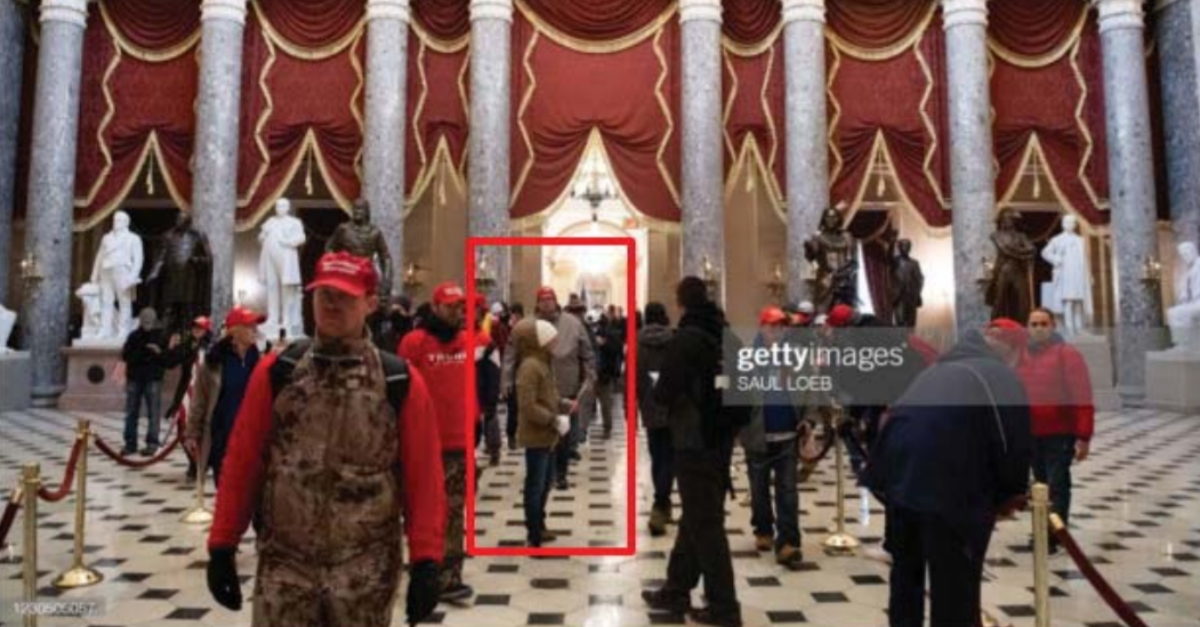 A person, identified as “Witness #2,” said another individual sent a video clip of Strong in the Capitol Building. It included the message, “Kevin’s on TV!”

The defendant was also caught on a Getty Images photograph, according to the affidavit.

Strong allegedly admitted to investigators that he was in the Capitol rotunda after the breach of the premises. Authorities said he initialed and dated pictures to confirm it was him. The defendant also allegedly confirmed that was him on the newscast; he handed over pictures and videos he took from inside the Capitol. Strong, however, denied committing any property damage and denied assaulting law enforcement.

He allegedly said he went to D.C. to hear Trump speak and participate in the “Million MAGA March.” The affidavit said that Strong believed Jan. 6 would establish the “one-party system” of “The Patriot Party,” a party Trump himself has reportedly discussed forming:

STRONG adheres strongly to QAnon ideology, admitting to having “Q Clearance”. According to STRONG, January 18, 2021, is an important date according to QAnon doctrine and that the new one-party system, was coming: “The Patriot Party.” The “Patriot Party” flag was photographed by the FBI search team.

Strong was charged for knowingly entering or remaining on Capitol grounds without lawful authority, and with intent to impede or disrupt Congress. He was also charged for uttering loud, threatening, or abusive language, or engage in disorderly or disruptive conduct and for parading, demonstrating, or picketing inside the Capitol.

[Images via FBI, one of them focusing on Strong as photographed by SAUL LOEB/AFP/Getty Images]