‘Eye-Gouger’ Ex-Cop Who Used to Be on Mike Bloomberg’s Security Detail Intends to Argue He Beat Up Officer on Jan. 6 in Self-Defense 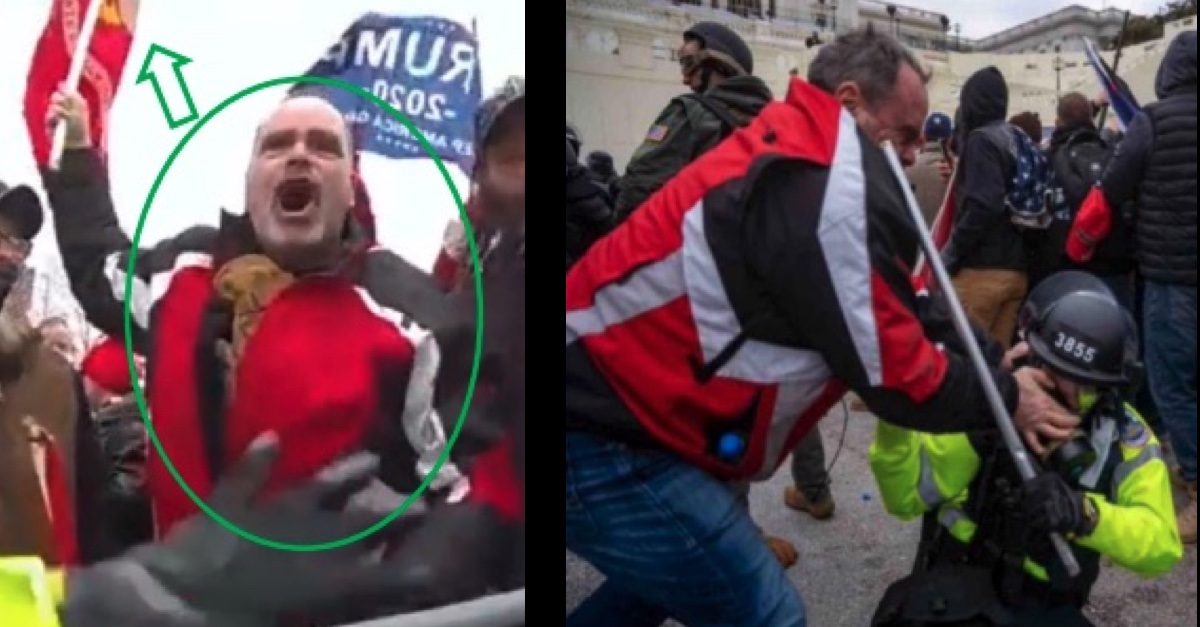 A former New York cop accused of assaulting a Washington, D.C. cop outside the U.S. Capitol on Jan. 6 plans to assert a self-defense claim, and says that he was merely responding to the “excessive force” used by the officer he ultimately tackled to the ground.

Thomas Webster, a former Marine and 20-year veteran of the New York Police Department, gained notoriety as the Jan. 6 “eye gouger” after being seen appearing to dig his thumbs into the eyes of a D.C. police officer during the chaos outside the Capitol building.

The complaint against Webster includes images showing him using a flagpole to strike the officer, and captures Webster from the officer’s perspective after he forced him to the ground. 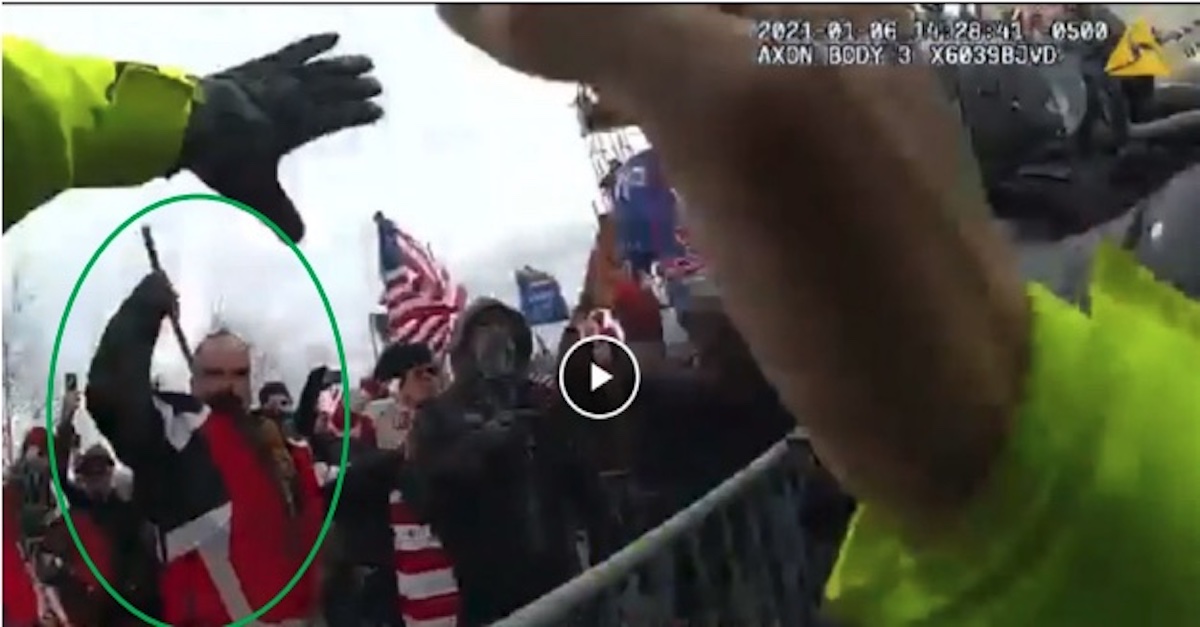 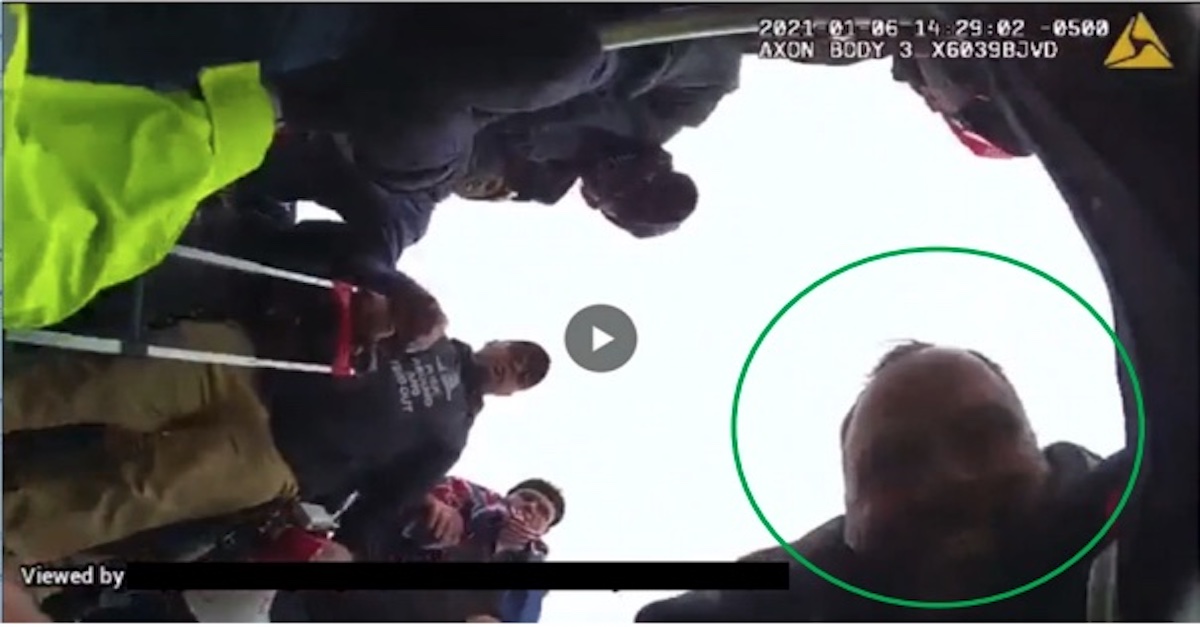 That officer, identified only as N.R., has said that the encounter with Webster left him fearing for his life, and that he was troubled to learn that Webster himself is a retired police officer.

“I’m in shock, and deeply disappointed, that an individual that served in those honorable professions would . . . put me in fear of my life,” N.R. wrote, according to a Washington Post story citing court documents.

But at a hearing Thursday, Webster’s lawyer James Monroe said that N.R. provoked the attack.

“This particular officer used excessive force in violation of the 8th Amendment,” Monroe said at Thursday’s hearing, adding that N.R. used “similar acts of force” against other “protestors not presenting a danger to the officer.”

Monroe said that Webster was only responding to having been attacked first by the officer.

“Video clearly shows Mr. Webster was punched extraordinarily hard with officer N.R.’s gloved left hand before there was any violence between Mr. Webster and the officer,” Monroe said Thursday. “It occurred at a time when Mr. Webster was exercising his right to express himself.”

Although U.S. District Judge Amit Mehta has already seen video of the altercation, Monroe said that he now has footage that he thinks will be an “attitude shift with regard to what the government has [previously] shown.”

Mehta, a Barack Obama appointee, said he wasn’t going to litigate the matter of excessive force at Thursday’s hearing.

Indeed, Monroe advised in a court filing Thursday that he intends to argue that Webster acted in self-defense.

“Defendant intends to rely upon the Body-Worn Camera (BWC) footage from Officer N.R. from January 6, 2021 time-stamped from approximately 2:17pm to approximately 2:29pm as well as public source (YouTube) videos depicting Officer N.R.’s repeated use of excessive force,” the filing says.

According to the New York Times, Webster held multiple prominent positions while serving as a New York police officer, including a 2010 assignment to then-Mayor Michael Bloomberg‘s security detail.

“Mr. Webster was posted, in uniform, at the mayor’s events and appearances,” the Times reported, citing a court document filed by Monroe. One performance evaluation described Webster as “able to assess a situation, and use the facts available to make correct decisions and take proper action,” the Times added.

Read the complaint against Webster, below.